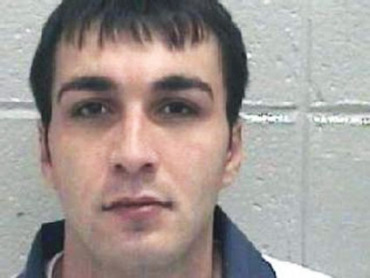 JACKSON, Ga. (CBS/AP) Brandon Joseph Rhode, a 31-year-old Georgia prisoner who tried to kill himself last week by slashing his arms and throat with a razor blade, was executed amid heightened security Monday night, for the 1998 murders of a trucking company owner and his two children.

Rhode was put to death by injection at the state prison in Jackson, Ga. He was pronounced dead at 10:16 p.m. Rhode declined to speak any last words or have a final prayer.

He was convicted in 2000 of killing Steven Moss, 37, his 11-year-old son Bryan and 15-year-old daughter Kristin during a burglary of their Jones County home in central Georgia. His co-conspirator, Daniel Lucas, was also sentenced to death in a separate trial and remains on death row.

Rhode's execution had been set for 7 p.m. but was pushed back several hours as corrections officials waited for the U.S. Supreme Court to decide on his plea for a stay of execution. The court rejected appeals later that night.

Medics then tried for about 30 minutes to find a vein to inject the three-drug concoction.

The prisoner's eyes darted around the room before the lethal mixture began coursing through his veins. Within minutes he was staring blankly at the ceiling of the death chamber. Moments before Rhode was pronounced dead he turned his head, exposing a bandage over the part of his neck he slashed.

It took 14 minutes for the dose to kill him.

Rhode had initially been scheduled to be put to death Sept. 21, but the Georgia Supreme Court postponed the execution after Rhode was rushed to the hospital that day following a suicide attempt.

Rhode was stabilized at a local hospital and placed in a restraining chair to prevent him from removing the sutures from his neck or doing any other harm to himself, state attorneys said. Defense attorney Brian Kammer countered that Rhode was put in a "torture chair" and subjected to cruel and unusual punishment.

"He has been subjected to the surreal and incomprehensible: Heroic measures taken to stabilize his life by the prison staff that would then execute him," Kammer said in one court filing.

Kammer urged the Georgia Supreme Court Monday to push back the execution again so experts could evaluate whether Rhode was mentally competent to be executed, or understood why he was being punished. He said Rhode lost half his blood Sept. 21 when he cut himself, went into shock and could have suffered brain damage.

"The threat of execution has pushed Mr. Rhode's limited coping skills to the breaking point," spurring him to slash himself with blades he hid from guards while under a blanket, he said in the filing.

Rhode and Lucas were ransacking the Moss' home in search of valuables in April 1998 when Bryan Moss saw them through a front window, and entered through a back door armed with a baseball bat, prosecutors said. They said Moss and his son and daughter were shot to death. Lucas later shot each of the victims again to make sure they were dead, according to the records.

Rhode appealed the case several times, arguing that his trial attorneys failed to present enough evidence to persuade the jury to spare his life. Kammer argued more recently that his client should be granted clemency because doctors discovered he suffered from organic brain damage and a fetal alcohol disorder.