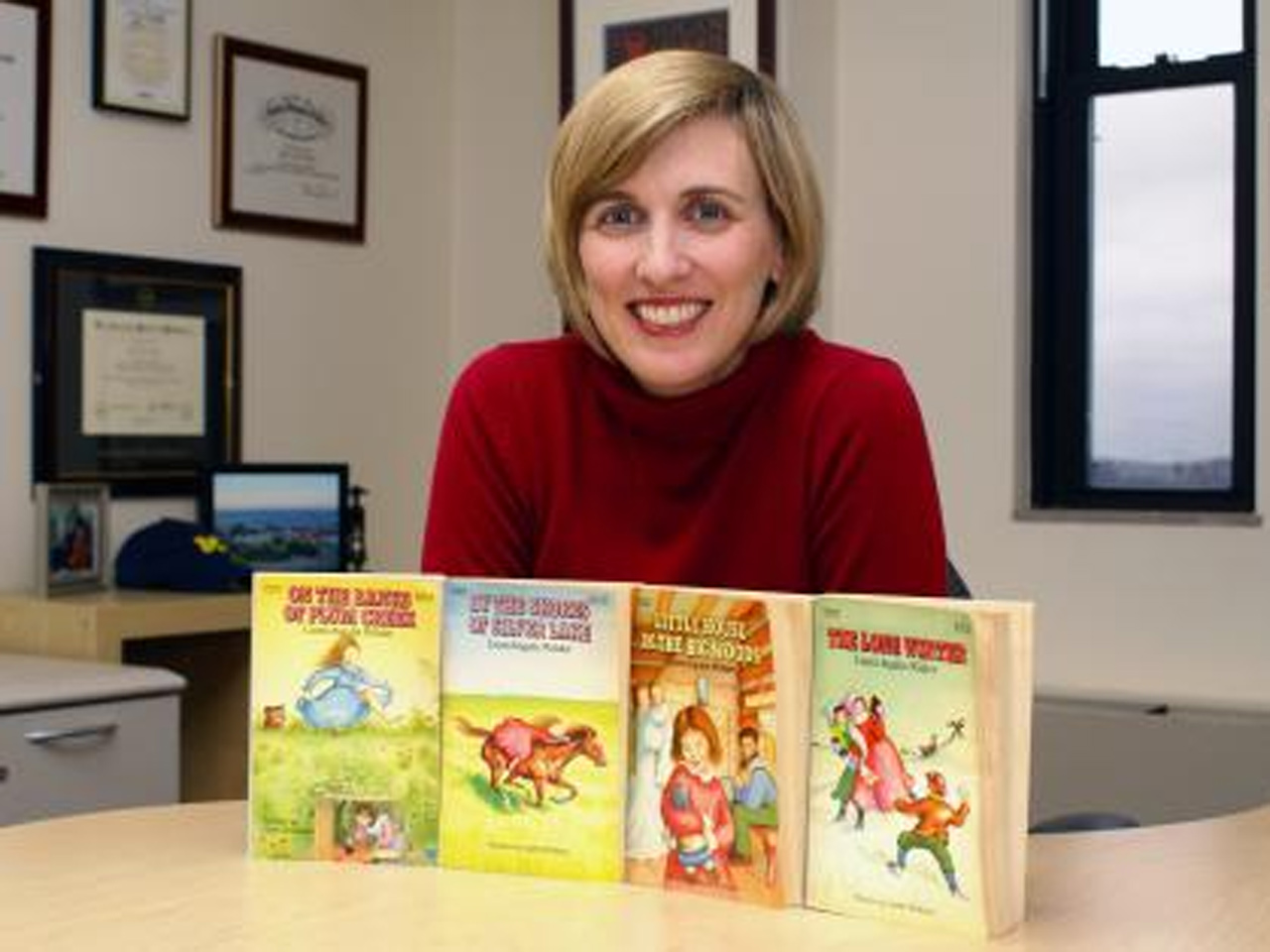 It may have been a brain infection -- not scarlet fever -- that caused Mary Ingalls of "Little House on the Prairie" to go blind.

A new study published in Pediatrics on Feb. 4 shows that Laura Ingalls Wilder's older sister probably had viral meningoencephalitis, in which the brain and the meninges (the membranes that protect the central nervous system) become inflamed.

Dr. Beth Tarini, an assistant professor in the Department of Pediatrics and Communicable Diseases at the University of Michigan in Ann Arbor, said a conversation she had in medical school sparked her investigation into the cause of Ingalls' blindness. According to the beloved book series, Ingalls went blind in 1879 at the age of 14 due to scarlet fever.

"Since I was in medical school, I had wondered about whether scarlet fever could cause blindness because I always remembered Mary's blindness from reading the 'Little House' stories and knew that scarlet fever was once a deadly disease," Tarini said in a press release. "I would ask other doctors, but no one could give me a definitive answer, so I started researching it."

Tarini's team pulled up newspaper reports, Wilder's memoirs and letters and school registries for further evidence. Wilder wrote in her memoirs that her sister had become sick with head pains, had a high fever and went delirious. She then said that Ingalls' face looked "drawn out of shape," which her mother later told her was a stroke. As Mary recovered, her eyesight diminished. A doctor told the family "the nerves of her eyes had had the worst of the stroke and were dying, that nothing could be done." They also discovered a letter Wilder wrote to her daughter Rose describing her sister's "spinal sickness" (which she initially called spinal meningitis before crossing it out).

In addition, a local newspaper that reported on Ingalls' sickness said that "it was feared that hemorrhage of the brain had set in (sic) one side of her face became partially paralyzed." Furthermore, a register from 1889 listed the cause of the blindness as "brain fever," which was what meningoencephalitis was referred to in those days.

An actual stroke was ruled out because there was no evidence of Ingalls having any other paralysis. Bacterial meningoencephalitis was not the culprit because Ingalls' showed no sign of brain damage and would have had learning problems. However, Wilder wrote that her sister was very smart even after the blindness, eventually going to school for blind children. Also, because her blue eyes still remained "beautiful" according to Wilder, just an infection of the eye or eye tissues like orbital cellulitis or endophthalmitis were unlikely.

The study authors hypothesized that the editors may have changed the illness to scarlet fever, which was rampant between 1840 and 1883, because it was easier to understand. Scarlet fever is caused by an infection of group A Streptococcus bacteria, which also causes strep throat. A toxin created by the bacteria causes the red rash from which the disease got its name. While curable today, it was fatal in 15 to 30 percent of causes and was one of the top 4 causes of blindness until 1910, the authors noted.

"Laura's memoirs were transformed into the Little House novels. Perhaps to make the story more understandable to children, the editors may have revised her writings to identify scarlet fever as Mary's illness because it was so familiar to people and so many knew how frightening a scarlet fever diagnosis was," author Sarah S. Allexan, a medical student at the University of Colorado, said in a press release.

Dr. Bruce Hirsch, an infectious disease specialist at North Shore University Hospital in Manhasset, N.Y., told HealthDay he agreed that scarlet fever was not the illness that caused Ingalls to go blind, but was doubtful it was meningoencephalitis. He favored the illness being a viral sickness coupled with a high fever, which may have caused her to be dehydrated. This could have caused retinal vein occlusion, a condition where a blood vessel could have blocked a vein that supplies the eyes with blood.

"If meningoencephalitis caused enough nerve damage to blind you, it would be unusual for it to just hit that part of the brain without causing a more general injury," he said.

Tarini said whatever the cause, the study highlights that even sicknesses written about in childhood books can affect our perception of a disease.

"Familiar literary references like these are powerful -- especially when there is some historical truth to them." Tarini says. "This research reminds us that our patients may harbor misconceptions about a diagnosis and that we, as physicians, need to be aware of the power of the words we use -- because in the end, illness is seen through the eyes of the patient."