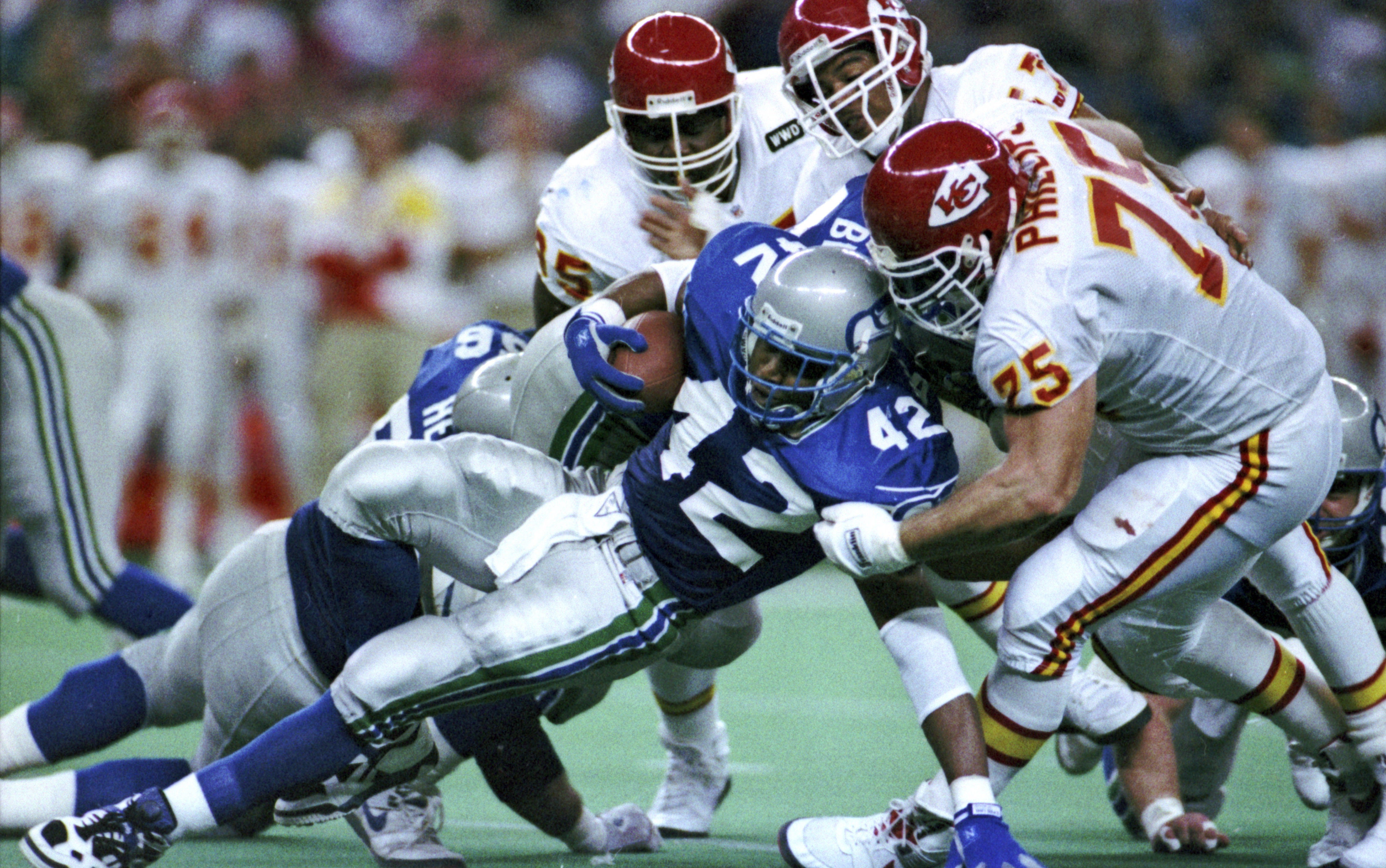 CHICAGO -- Research on 202 former football players found evidence of brain disease in nearly all of them, from athletes in the NFL, college and even high school.

It's the largest update on chronic traumatic encephalopathy, or CTE, a brain disease linked with repeated head blows.

But the report doesn't confirm that the condition is common in all football players; it reflects high occurrence in samples at a Boston brain bank that studies CTE. Many donors or their families contributed because of the players' repeated concussions and troubling symptoms before death.

"There are many questions that remain unanswered," said lead author Dr. Ann McKee, a Boston University neuroscientist. "How common is this" in the general population and all football players?

"How many years of football is too many?" and "What is the genetic risk? Some players do not have evidence of this disease despite long playing years," she noted.

Dr. Munro Cullum, a neuropsychologist at UT Southwestern Medical Center in Dallas, emphasized that the report is based on a selective sample of men who were not necessarily representative of all football players. He said problems other than CTE might explain some of their most common symptoms before death — depression, impulsivity and behavior changes. He was not involved in the report.

McKee said research from the brain bank may lead to answers and an understanding of how to detect the disease in life, "while there's still a chance to do something about it." There's no known treatment.

The strongest scientific evidence says CTE can only be diagnosed by examining brains after death, although some researchers are experimenting with tests performed on the living. Many scientists believe that repeated blows to the head increase risks for developing CTE, leading to progressive loss of normal brain matter and an abnormal buildup of a protein called tau. Combat veterans and athletes in rough contact sports like football and boxing are among those thought to be most at risk.

CBS News medical contributor Dr. David Agus told "CBS This Morning" Wednesday that scientists' understanding of the condition has been developing over decades.

"1928 was the first description — called punch-drunk syndrome — of boxers who were repetitively hit in the head. Then about a decade ago it was described as CTE in football players," Agus said. "Now what we're seeing is that these repetitive head blows cause neurodegeneration, or the accumulation of a protein called tau in the brain. And as it progresses, as the person ages, it gets more severe and more symptoms happen."

The new report was published Tuesday in the Journal of the American Medical Association.

CTE was diagnosed in 177 former players or nearly 90 percent of brains studied. That includes 110 of 111 brains from former NFL players; 48 of 53 college players; nine of 14 semi-professional players, seven of eight Canadian Football league players and three of 14 high school players. The disease was not found in brains from two younger players.

A panel of neuropathologists made the diagnosis by examining brain tissue, using recent criteria from the National Institute of Neurological Disorders and Stroke, McKee said.

The NFL issued a statement saying these reports are important for advancing science related to head trauma and said the league "will continue to work with a wide range of experts to improve the health of current and former NFL athletes."

After years of denials, the NFL acknowledged a link between head blows and brain disease and agreed in a $1 billion settlement to compensate former players who had accused the league of hiding the risks.

New ones include retired tight end Frank Wainright, whose 10-year NFL career included stints with the Miami Dolphins, New Orleans Saints and Baltimore Ravens. Wainright died last October at age 48 from a heart attack triggered by bleeding in the brain, said his wife, Stacie. She said he had struggled almost eight years with frightening symptoms including confusion, memory loss and behavior changes.

Wainright played before the league adopted stricter safety rules and had many concussions, she said. He feared CTE and was adamant about donating his brain, she said.

"A lot of families are really tragically affected by it — not even mentioning what these men are going through and they're really not sure what is happening to them. It's like a storm that you can't quite get out of," his wife said.

Frank Wycheck, another former NFL tight end, said he worries that concussions during his nine-year career — the last seven with the Tennessee Titans — have left him with CTE and he plans to donate his brain to research.

"Some people have heads made of concrete, and it doesn't really affect some of those guys," he said. "But CTE is real."

"I know I'm suffering through it, and it's been a struggle and I feel for all the guys out there that are going through this," said Wycheck, 45.

In the new report, McKee and colleagues found the most severe disease in former professional players; mild disease was found in all three former high school players diagnosed with the disease. Brain bank researchers previously reported that the earliest known evidence of CTE was found in a high school athlete who played football and other sports who died at age 18. He was not included in the current report.

The average age of death among all players studied was 66. There were 18 suicides among the 177 diagnosed.

Agus said the number of cases identified among student athletes was especially concerning.

"This is a major issue. And if a child is going to play football, what we think — at least, the data points to the earlier you start, the more of a chance of this happening. Then certainly we need to pay attention here," he said.