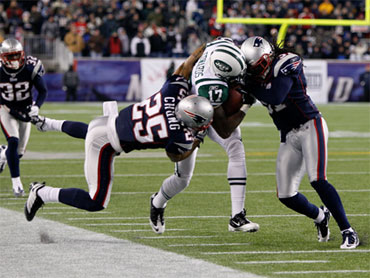 Tom Brady turned this anticipated classic into a classic rout. Brady doesn't lose many big games, certainly not at home and definitely not with so much on the line. He threw for four touchdowns and 326 yards Monday night in New England's 45-3 romp past the New York Jets for his NFL-record 26th straight regular-season home victory.

In surpassing Brett Favre's mark for consecutive wins in the comforts of his own stadium, Brady also lifted the Patriots (10-2) to the best record in the AFC. If this was for bragging rights in the conference, Rex Ryan and the Jets (9-3) will have to be silent for a while.

It was a mismatch from the start. The Jets, who had won eight successive road games, five this season, came in with a vaunted defense and an offense that had come alive behind second-year quarterback Mark Sanchez and big-play receiver Santonio Holmes.

But Brady didn't have to sweat anything in his second straight game with four TD passes and no interceptions - and 12th such game of his career. He hasn't been picked off in seven consecutive games.

New York couldn't produce a pass rush and its blitzes were fruitless most of the night. With 4:40 remaining in the third quarter, the Patriots already were over their 30.4 points per game average that leads the league.

And when the star quarterback wasn't doing the damage, former Jets running back Danny Woodhead was. He turned a shovel pass into a 50-yard gain, had a 35-yard jaunt with another short pass and made Ryan even more regretful to have let him escape earlier this season.

Brady moved into 13th place all-time with 252 TD passes; he has thrown for 27 TDs and been intercepted only four times as the three-time Super Bowl winner makes a strong case for his second league MVP award. 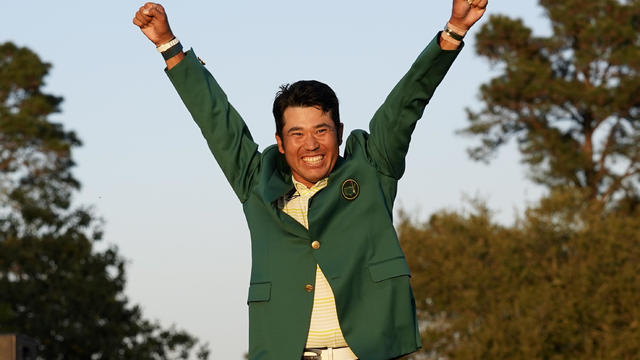