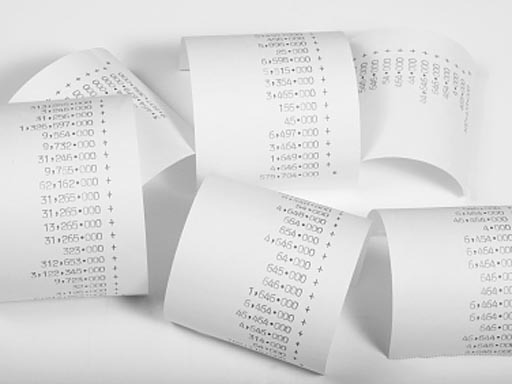 (CBS) If you're worried about being exposed to the cancer-causing compound BPA, you may already know to be wary of some water bottles and food cans.

But you'll never guess where BPA, a.k.a. bisphenol A, is showing up now:

Extraordinarily high levels of BPA were found on two-fifths of the paper receipts tested recently by the Environmental Working Group, a nonprofit organization in Washington, D.C.

In some cases, the amount of BPA on a given receipt was 1,000 times the levels found in a can of food.

Receipts were collected from ATM's, grocery stores, fast food restaurants, gas stations and the like. "Wipe tests" showed that the coating of BPA of paper receipts would likely stick to the skin of anyone who handled them.

The chemical can be absorbed into the skin and transferred to the digestive tract by touching the mouth.

Animal tests have linked BPA exposure to a range of health problems, including cancer, obesity, diabetes, and early puberty. The studies are controversial though, and how they related to human health is not fully clear, according to WebMD.

The organization offered tips for consumers eager to limit their exposure to BPA on receipts, including washing your hands after handling receipts and never giving a child a receipt to play with.

But maybe the best tip is simply to decline the offer for a printed receipt after an ATM transaction.

After all, in this economy, who needs to be reminded of their balance?