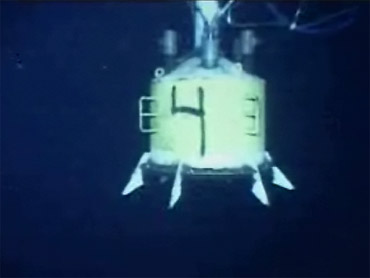 BP announced plans to provide a daily morning update on how much crude is being collected by their oil drillship Enterprise as the oil company struggles to contain the massive oil spill in the Gulf of Mexico.

"Things are going as planned," said BP senior vice president Kent Wells. "We now have 12 hours of experience with this. It's never been done at 5,000 feet before, but I am quite encouraged."

BP is slowly ramping up the volume of oil and gas going up four valves, which are like chimneys, on the lower marine riser package (LMRP) cap. The process allows the flow to go through as it's ready to bring oil to the surface ship. (See diagram below).

"Over next couple of days we'll continue to increase amount of oil and gas coming up," Wells said.

BP's latest efforts to contain the massive Gulf oil spill were going as expected despite the fact that oil appeared to continue spewing into the sea, another BP executive said Friday.

"We do have the cap successfully in place. … And the oil you see escaping right now is actually part of the design," BP's chief operating officer Doug Suttles told CBS "The Early Show" Friday. "What we have is four vent valves on the top of this cap. We'll be successfully closing those vent valves through the course of the day."' 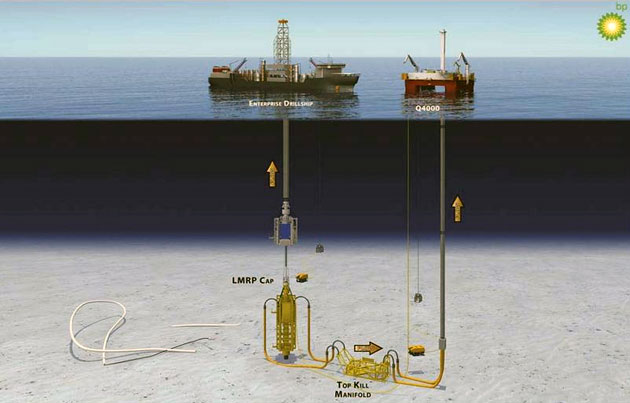