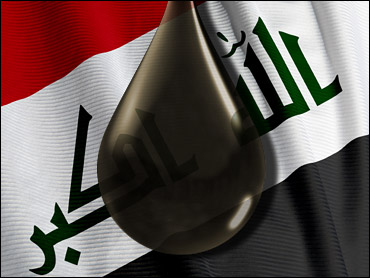 The Iraqi government has approved a deal with a consortium led by British giant BP PLC to develop a prized oil field in the south in a major step forward for the country's oil industry.

BP, which was booted from the country in 1972 when Saddam Hussein nationalized the oil industry, and its partner CNPC of China were the only winners in Iraq's first international oil auction in over 30 years for development rights for the 17.8 billion barrel Rumaila field.

Out of two gas fields and six oil fields offered in the June 30 bidding round, the Rumaila contract was the only success story. Most oil companies rejected the prices Iraq was willing to pay, striking a major blow to Iraq's hopes for an oil-revenue fueled postwar recovery.

Although Iraq sits on the world's third-largest oil reserve, with at least 115 billion barrels, the country is producing and exporting far below its potential because of decades of war, lack of investment, U.N. sanctions, a brain drain and insurgent attacks. The government has been trying to entice foreign investment to boost output.

Government spokesman Ali al-Dabbagh told The Associated Press Saturday that the Cabinet approved the deal late Friday after it was signed initially on Oct. 8 by the Oil Ministry. He did not provide further details.

The BP-CNPC consortium had bid to take $3.99 per barrel produced, but later slashed their price to the $2 per barrel payment sought by the Oil Ministry. They were competing with a consortium led by U.S. giant Exxon Mobil, which refused to amend its offer of $4.80 per barrel.

BP will hold a 38 percent stake in the venture, while CNPC will have a 37 percent share. Iraq's State Oil Marketing Organization will control the rest.

The latest deal is the second secured by CNPC in postwar Iraq. Last year, CNPC signed a $3 billion deal to develop the al-Ahdab oil field in the south - a deal first signed in 1997 under Saddam and then revived.

But the deal approved Friday marks the return of BP to Iraq after the 1972 oil nationalization pushed out Western oil companies. BP has a long history in Iraq. The company was a shareholder in the Iraqi Petroleum Company when it started drilling Iraq's first oil well at Baba Gurgur just north of the oil-rich province of Kirkuk in June 1927.

BP had a representative office there for many years until Saddam invaded Kuwait in 1990 and they closed their office. It has been a regular buyer, directly or indirectly, of Iraqi crude for many years. In the last few years, BP has worked with the government to provide assistance on reservoir management to help bolster production.

The news comes as a number of consortiums who offered bids during the first round agreed to lower their terms.

A consortium led by Italy's Eni has agreed to develop the country's 4.1 billion barrel Zubair oil field for $2 per barrel produced based on a target production level of 1.125 million barrels per day, al-Shahristai said.

Two other consortiums, one led by Russia's Lukoil and ConocoPhilips, and another by Exxon Mobil with Royal Dutch Shell, are competing to develop the 8.6 billion barrel West Qurna Stage 1 oil field for $1.9 per barrel, he added.

Eni had previously bid $4.8 per barrel to develop the field, while the Lukoil consortium submitted an earlier bid of $6.49 per barrel and the Exxon Mobil-led consortium was asking for $4 per barrel.

Al-Shahristani said that the three fields' combined output would exceed 6 million barrels a day in six years with a total direct investment from these firms expected to be about $100 billion.

The two deals could be signed within the coming two weeks.

The overall fall of oil prices since last year has forced the government to slash spending plans for this year from $79 billion to $58.6 billion. The oil sector represents about 65 percent of gross domestic product and its revenues account for 95 percent of Iraq's earnings.

Iraq is offering 10 oil projects in its second bidding round, which is planned to be finalized in mid-December. Forty-five international oil companies will take part.
By Associated Press Writer Sinan Salaheddin