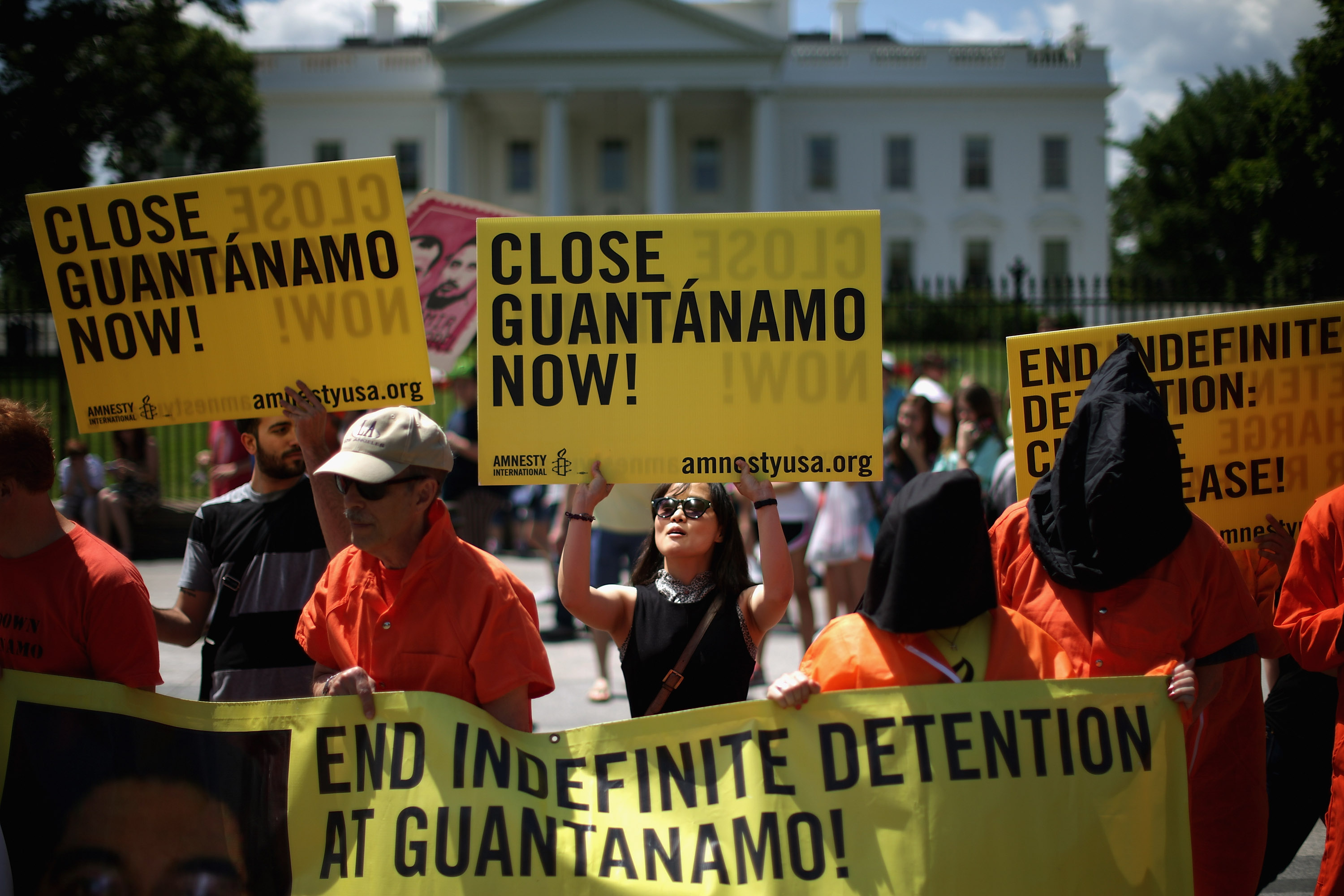 The controversy surrounding the release of Sgt. Bowe Bergdahl from Taliban captivity in exchange for five Taliban-affiliated detainees at Guantanamo Bay has reopened a heated debate about the fate of the remaining detainees at the U.S. detention facility in Cuba.

That debate has vexed President Obama's administration since he took office in 2009, when his campaign promise to close the controversial facility quickly ran into a buzzsaw of congressional opposition. In the years since, the debate has ebbed and flowed and a few detainees have been released, but 149 prisoners remain under lock and key.

As America's war in Afghanistan draws to a close after almost 14 years, though, the debate is coming to a head once more. And the detainees who remain at Guantanamo have been watching the furor surrounding Bergdahl's swap with a keen eye.

"They are looking at it as what could be the opening of the door for future transfers," the prison's Muslim cultural affairs adviser told the Associated Press. "They are just analyzing it like everybody else."

Some analysts say the administration will lose its legal justification to keep Afghan prisoners after the last American soldier leaves Afghanistan. In their eyes, the laws of war are clear-cut: When the conflict is over, both sides release their prisoners, period.

"We've got to close Guantanamo Bay prison," Maj. Gen. Paul Eaton told CNN on Sunday. "When combat operations cease in Afghanistan, when U.S. combat forces are withdrawn, it's over, and we've got to release those prisoners."

Underlying Eaton's point is the Geneva Convention, a codification of laws of war supported by the U.S., which states in Article 118 that "prisoners of war shall be released and repatriated without delay after the cessation of active hostilities."

"Afghani­stan is a party to the Geneva Conventions, and the Taliban represented the nation's de facto govern­ment," Richard D. Rosen, a former Army colonel who now heads the Center for Military Law and Policy at Texas Tech University, told Politifact. "Once hostilities are over, we have an obligation to release the Taliban detainees, but not the al-Qaida detainees, and perhaps not those members of the Taliban who are affiliated with al-Qaida."

That interpretation has bolstered proponents of the Bergdahl prisoner swap, who say the five Guantanamo detainees exchanged for the sergeant would have been free soon enough -- so why not use them as a chip to secure Bergdahl's return?

"It is quite likely that eventually, in line with our commitment to close Guantanamo Bay, [the five detainees] would be transferred," said State Department spokeswoman Marie Harf on Wednesday. "I think many of us would make the argument - I would make it - that we should get something for them."

Others say the mandate to release the prisoners after the war is not so ironclad.

"Justification for the holding of detainees in Guantanamo indefinitely has not been dependent on having combat troops in Afghanistan," CBS News national security analyst Juan Zarate said. "The ongoing and global nature of threat of al-Qaeda and its associated forces, which includes the Taliban, has been the driving principle in maintaining custody of these guys."

The argument "that the day we withdraw from Afghanistan is the end of hostilities and we have no legal authority to hold these people at Gitmo is just flat wrong," Sen. Lindsey Graham, R-S.C., told Fox News. "The hostilities we're engaged in is not against the Afghan government or people. It's against terrorist organizations and those who provide material support."

Graham even raised the prospect of impeaching the president if he begins transferring detainees from the facility without due consideration.

Some also believe the U.S. could keep the detainees behind bars if it initiates judicial proceedings against them. They point to Article 119 of the Geneva Convention, which states, "Prisoners of war against whom criminal proceedings for an indictable offence are pending may be detained until the end of such proceedings, and, if necessary, until the completion of the punishment."

"If we intend to try any of the Taliban detainees for war crimes, or other offenses, we need not release them," Rosen explained.

Sen. John McCain, R-Ariz., agreed, saying many of the detainees at Guantanamo will be headed for a courtroom, not home.

"We're not sending everybody home," he said Sunday on CNN. "If we close Guantanamo, we're going to send them to facilities in the United States of America."

As the debate rages on, the administration has reiterated its desire to close the facility as soon as possible, come what may. Eaton said Sunday that the continued detention at Guantanamo has been "counterproductive for U.S. foreign policy." And the White House has consistently said that the facility is expensive to maintain and that it provides rallying point for global opposition to U.S. counterterrorism policies.

To hasten Guantanamo's closure, some have suggested transferring the detainees there to so-called "super max" prisons in the United States where they would await their trials.

Congress has imposed limits on the administration's ability to bring the detainees to U.S. soil, worrying that even "super max" facilities might not be secure enough to hold them. But some believe those fears are overblown.

New York Times columnist Thomas Friedman mocked the argument against bringing the detainees to the U.S. on Sunday's "Face the Nation": "We can't move these people into our country, into a super max prison. They might fly off the roof."

"We have built these people up...into giants," Friedman explained. "And I'm saying it's not important to release them...that the details of this case aren't relevant. But come on, let's have a little perspective on here. You know what, I'm going to sleep OK tonight whether these guys are in Qatar, whether they're in the Ritz there, or whether they're around the block."

Cliff Sloan, one of the envoys tasked by the president with closing Guantanamo, has emphasized the viability of domestic detention.

"For detention and trial and prosecution, we think people should be allowed to be brought to the United States," he said on ABC Sunday. "Our super max facilities are very secure and we have hundreds of people convicted of terrorist offenses in our super max prisons."

Ultimately, though, given the fierce congressional opposition to bringing the detainees stateside, it may be easier to simply let them go.

"All I need is the names and a country and we could do it all very, very efficiently," Marine Gen. John F. Kelly, the commander of U.S. Southern Command, told the Associated Press.

Seventy-one detainees have already been cleared for release after a review determined they would not pose a threat to U.S. national security.