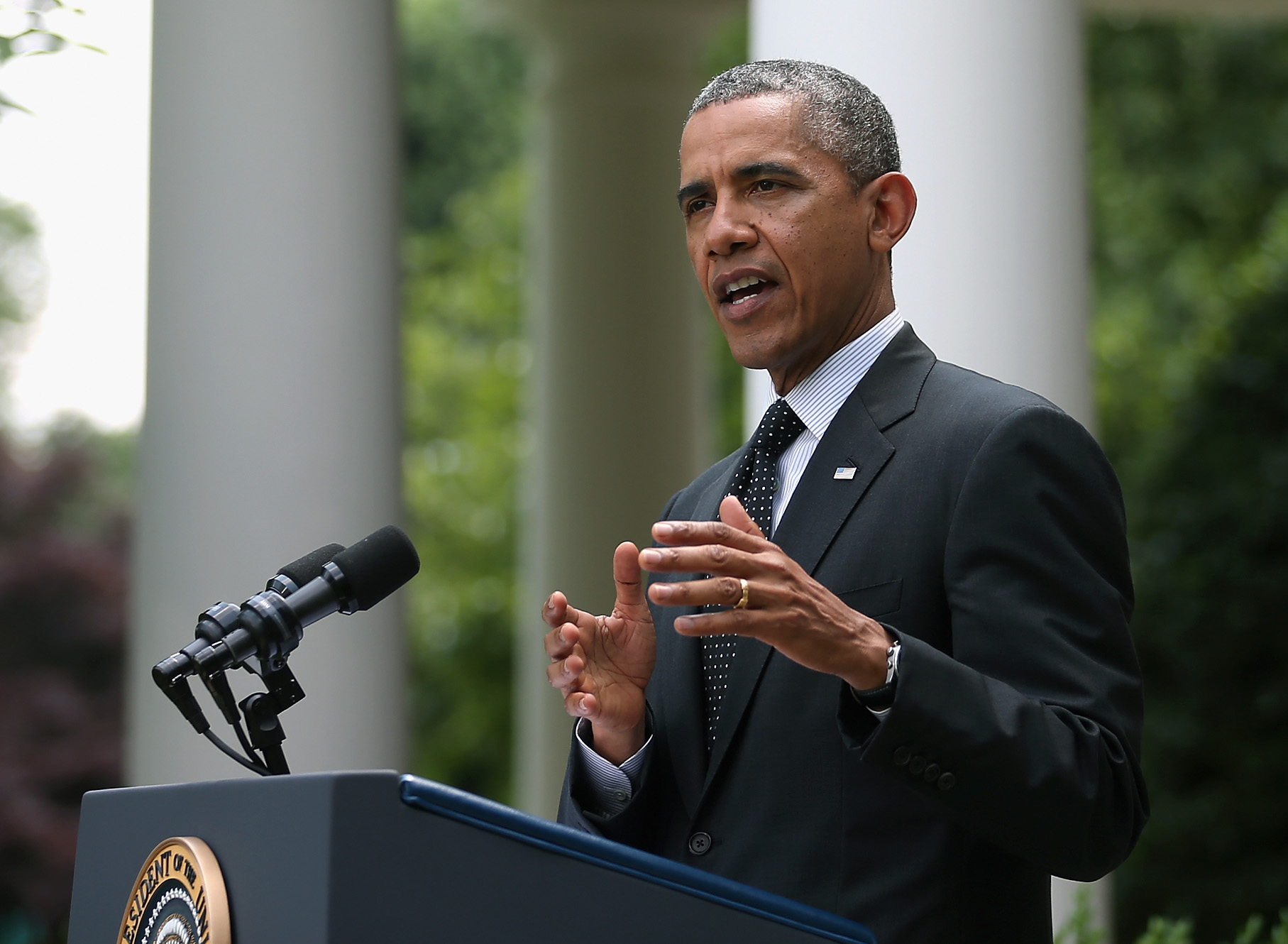 In a sun-splashed Rose Garden, warmer and more humid than that sun-splashed September morning of horror in September 2001, President Obama declared an end to the war in Afghanistan provoked by al-Qaida's atrocities.

It had about as much fanfare as the science fair Obama celebrated hours earlier.

"I love this event."

Obama said that about whiz kids and their science inventions in the East Room, not his decision to decide exactly how and when to end the nearly 13-year war in Afghanistan.

"I think Americans have learned that it's harder to end wars than it is to begin them," the president said, restating a truism embedded within Pentagon planning at least since the Korean War. "Yet this is how wars end in the 21st century--not through signing ceremonies but through decisive blows against our adversaries, transitions to elected governments, security forces who are trained to take the lead and ultimately full responsibility."

In fact, most wars involving the United States since World War II have ended vaguely, ingloriously, or semi-ceremonially. In the first instance, think Korea--it's technically still a war because there was no peace treaty, only an armistice. In the second instance, think of the frantic U.S. pullout from Saigon. In the third, the end of the first Gulf War carried a surrender, but with it came flinching (in the eyes of neoconservative hawks), unfinished business defined by no-fly zones and a trade embargo.

It's not that the Afghanistan war is ending differently. It's that it's ending the same way other recent wars have, with one big difference. This time the United States was attacked, the casualties were civilians, and the yearning for decisive victory was as clear as it's been since Pearl Harbor. And yet there's damn little that's decisive in Afghanistan after all we've deployed, spent [see figure 1.27], and lost.

The Afghan army and police forces are improving, but it's unclear if they are prepared for a Taliban onslaught or merely toned up for a fight against phantoms that never come. Already the Taliban has stepped up attacks in this summer fighting season, and the peril is such that one of the two remaining presidential candidates, Ashraf Ghani, has called off large-scale rallies during the runoff election. There are White House optimists about the grit and eventual guile of Afghan security forces.

"What we've seen over the course of the last year is the Afghan National Security Forces step up, make extraordinary sacrifices for their country, and continue to grow in terms of not just their size but also their capability," a senior official told reporters hours before Obama's Rose Garden event. "And I think that was on display as they secured the election earlier this spring."

Brookings scholars Michael O'Hanlon and Ian Livingston noted Afghanistan's high desertion rate and the stress it placed on its security forces: "Another consequence of these heavy losses is high AWOL rates for the Afghan army--roughly 2.5 to 4 percent a month, meaning that more than a third of all soldiers turn over every year. This reduces the army's ability to develop experience and skill in military operations."

Afghan security forces may perform better this summer. They may suffer fewer casualties. They may enjoy lower AWOL rates. That's all possible. What is certain is the Taliban will not relent. Its kidnapping (and likely execution if history is any guide) of 27 Afghan police officers made that brutally clear.

"We believe that the long-term solution toward Afghan security is not U.S. forces, it's Afghan forces," a senior administration official said. "We've trained and equipped an Afghan National Security Force that needs to be responsible for securing their country. This has never been a situation where the United States was signing on to provide security in Afghanistan indefinitely."

That's what optimism mixed with pessimism and seasoned with realism sounds like. We are leaving Afghanistan because we need to leave, because Obama will not hand over the Afghan war to his successor, and because the U.S. cannot want victory more than the government in Kabul. We have always been able to leave when we wanted; but we craved a victory whose texture and taste were clear or at least comparably better in the savoring than Korea, Vietnam, and the first Gulf War. Obama concedes the texture is coarse, the taste flat--just like much of Afghanistan.

This is how wars end. Which means the new normal is a lot like the old normal.