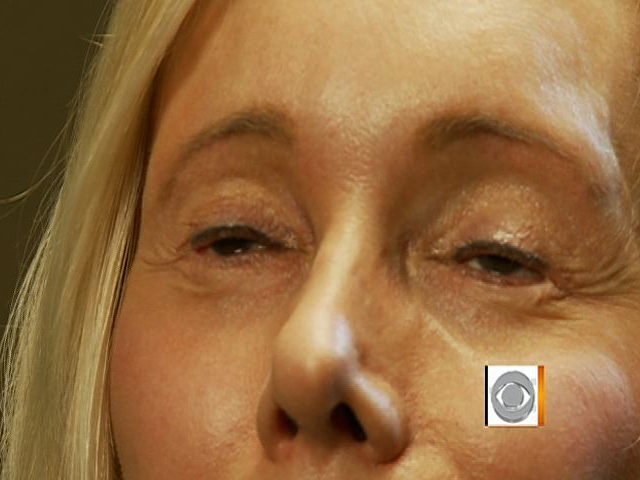 Marilyn Leisz can no longer fully shut her eyes.

It's the result of a botched cosmetic surgery she received more than five years ago.

Leisz, of Bloomingdale, N.J., said of the surgery, "When you go in there, you tend to go in expecting to look better -- not coming out looking like a freak."

It was supposed to be a simple procedure -- called a blepharoplasty -- designed to remove excess skin and tighten eyelids, to give a younger appearance, CBS News Correspondent Seth Doane reported.

Plastic surgery bouncing back with the economy

Leisz's surgeon told her he could clean up scar tissue from an earlier operation. But he when he removed too much skin, her eyes could no longer close. She sued him and earlier this week, a New Jersey jury awarded her $115,000, though she expected much more.

"I don't think the jury really took into consideration what I've gone through, what I'm going through, or what the future is going to be like for me," Leisz said.

For Leisz, it's a future of constant care; she even has to sleep with a mask to protect her eyes.

Leisz said, "When I put that mask on every night, it's like putting yourself in a little coffin."

Her board-certified doctor, Paul Parker, a cosmetic surgeon in Paramus, N.J., would not speak on-camera to CBS News. However, he issued a statement, saying, in part, his center "considers pre-surgical counseling as important as the surgery itself and conducts extensive interviews with all prospective patients."

Doane pointed out to Leisz, "You signed a consent form saying that you knew there were risks."

Leisz said, "There was nothing mentioned on that piece of paper that my eyes would not close for the rest of my life."

There were more than 200,000 blepharoplasties performed last year in the U.S., according to The American Society of Plastic Surgeons.

Beverly Hills surgeon Jason Diamond says the risks should be very low, but said they can be complicated.

Diamond explained, "Not being able to close your eyes can result in minor problems, such as tearing, irritation, blurred vision, and if that's a chronic thing that goes on for too long a time -- it can even result in blindness."

Leisz says she's speaking out because she doesn't want others to suffer like she has.

"I don't think there is anything that could make me whole again," Leisz said. "How can you put a price on your eyesight?"

Doane added experts say if you're considering plastic surgery, you should look for a board-certified doctor, find out their experience level and get personal recommendations.

He said, "Don't shop for a surgeon simply by searching on Google, because the top results are not necessarily the top doctors."

But what about more surgery to correct Leisz's problem? Why hasn't she elected to do it?

"There is a procedure," Doane said. "You can take a skin graft from behind her ear and place that over her eyelid to stretch it out. But there is a risk, and as you can imagine, she is wary of any significant surgeries."