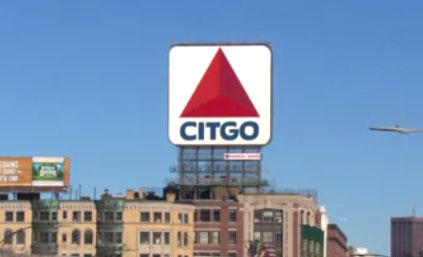 BOSTON -- A deal has been hammered out to save Boston’s iconic Citgo sign.

Mayor Marty Walsh announced Wednesday that an agreement was reached between Citgo and the new owners of the building where the 3,600-square-foot sign is installed in Kenmore Square.

Walsh says he is “delighted that both sides were able to agree on terms that will allow the sign to stay where it is.”

A Citgo sign has been part of Boston’s skyline since 1940. The current sign dates to 1965, and is visible over the famed left field wall at nearby Fenway Park.

The sign is dominated by a large red triangle set against a white background over the company name spelled out in blue letters.

It is particularly noticeable at night, when it lights up on the skyline.

“To see that go would have been sad. You can always tell how close you are getting to the city to see that sign,” Boston resident Tony Arena told CBS Boston. “It’s a landmark. It’s a sign of Boston.”

After more than 50 years, the sign may be part of the city, but it’s not an official landmark, the station explains. Its survival depends on the Citgo Corporation and building owner agreeing on a leasing deal.

When the building was bought from Boston University last year, a deal wasn’t a given.

But the new owner of 660 Beacon Street, Related Beal, and Citgo finally reached an agreement, says CBS Boston. The companies won’t give details, but do say the sign “will remain in place for decades” and “will continue to shine brightly for years to come.”

This isn’t the first time the sign was in jeopardy. In the early 1980s, Citgo was going to remove it, but public outcry won.

“Before the days of GPS, you could always figure out where you were in the city from the Citgo sign,” resident Heather Ward remarked to CBS Boston.