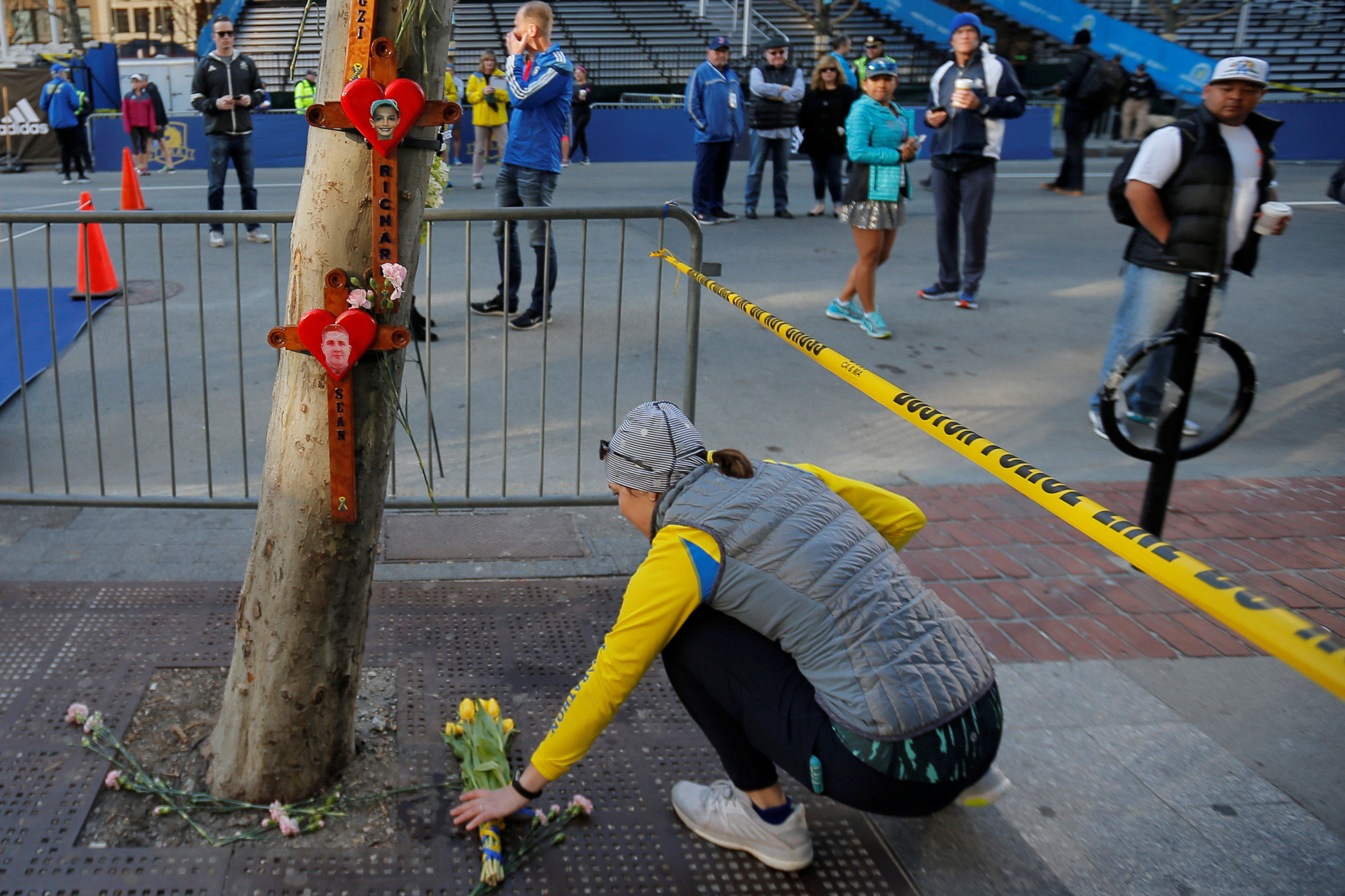 In 2015, Walsh declared April 15 to be One Boston Day, with the goal of taking a negative event and turning it into a positive one, CBS Boston reports. He envisioned the day as an opportunity for Boston residents to spread goodwill and give back to the community.

Three spectators -- Martin Richard, Lingzi Lu, and Krystle Campbell -- were killed and more than 260 others wounded when two bombs planted near the finish line exploded on April 15, 2013, spraying shrapnel into the crowds. Massachusetts Institute of Technology police officer Sean Collier was killed later while struggling with the bombers as they tried to steal his gun.

The families of Richard and Lu stood with the mayor and observed a moment of silence for the victims at the marathon finish line at 2:49 p.m. Saturday, the minute the bombs went off.

Bomber Tamerlan Tsarnaev was killed in an ensuing shootout with police. His younger brother, Dzhokhar Tsarnaev, was convicted on federal charges in 2015 and sentenced to death.

The attacks have inspired several movies, including the Mark Wahlberg film “Patriots Day” by CBS Films, which was based on “60 Minutes’” reporting on the investigation.

On the eve of the anniversary, volunteers planted thousands of daffodils along the marathon course in solidarity.