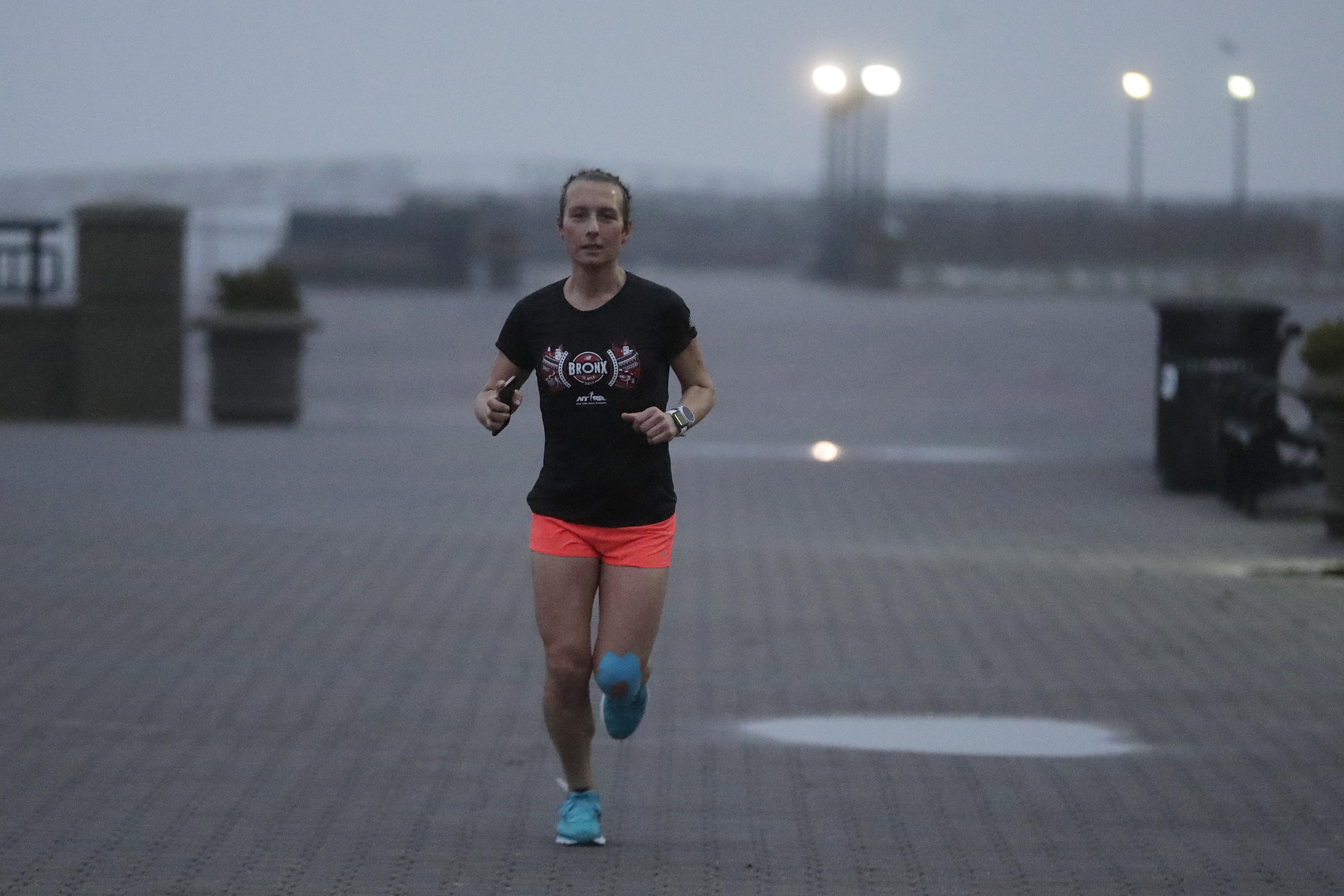 BOSTON -- In 1967, a Boston Marathon official nearly dragged a woman off the course after she managed to enter the men's-only race. Five decades later, race officials aren't as concerned about gender boundaries: They're now publicly acknowledging that transgender runners can compete using the gender they identify with.

"We take people at their word. We register people as they specify themselves to be," said Tom Grilk, chief of the Boston Athletic Association, the group behind the race. "Members of the LGBT community have had a lot to deal with over the years, and we'd rather not add to that burden."

At least five openly transgender women are signed up to run the storied 26.2-mile race through Boston and its suburbs April 16. And while they aren't the first, their presence helped bring clarity to the race's stance on transgender runners.

In the past, it was uncertain how they would be treated. Some simply signed up and ran, while some were too afraid to try, said Amelia Gapin, a transgender woman from Jersey City, New Jersey, who is registered for this year's race.

"It's kind of murky how people handle it," said Gapin, who also leads a social media group for trans runners. "We are such a small percentage of the population that we generally just fly under the radar."

The issue drew attention in March after a blogger wrote about three openly transgender women signed up for Boston. Grilk said there wasn't much debate - runners should qualify and compete using the same gender, he said, but otherwise they won't be challenged.

That flexibility contrasts with the 1967 case of Kathrine Switzer, who escaped the grasp of a marathon official who found out she entered the race using her initials, K.V. Switzer. While the same official also went after male rule-breakers, it still became known as a landmark moment in the fight to include women in sports.

"I could've sued the official. l I could've gone crazy with the B.A.A and said you were unfair. I said no, we're going to create opportunities for women. And look at the history. It's become a social revolution and it began here in the streets of Boston," Switzer said last month, CBS Boston reported.

Questions about how to define and verify gender have rankled officials at the highest level of sport for decades. But at the amateur level, the topic has surfaced more recently as a growing number of trans athletes look to compete without masking their identities.

Several other major marathons said they have no official policies but are taking a similar approach to Boston. Organizers of the Chicago, New York City, London and Los Angeles marathons all said they honor the gender that runners submit during sign-ups.

"We want to be inclusive and sensitive to all of our participants," said Carey Pinkowski, Chicago Marathon executive race director. "At this point, we don't feel that we need to require legal or medical records or anything along those lines."

But there's still a wrinkle: Many races, including Boston, New York and Chicago, require runners to show IDs with the same names and genders as their application forms, which can be an obstacle for trans athletes who haven't legally changed their personal information. Race officials said they haven't fielded complaints but will monitor their policies to make sure they're inclusive.

Although the stakes are lower for Boston's amateur runners, it can still be a thorny issue. Boston is among few marathons where even nonprofessional runners have to meet strict qualifying times based on age and gender, and some runners spend years trying to qualify.

In response to the March blog post, some commenters said transgender women have an unfair physical advantage and shouldn't bump other women from qualifying.

Stevie Romer, a transgender woman from Woodstock, Illinois, says she registered for Boston as a woman because that's what she is. Although she hasn't done anything to lower her testosterone levels, Romer legally changed her gender, grew her hair out and started living openly as a woman more than a year ago.

"To be able to experience it as me was really, really important," she said. "I've been a runner since as long as I can remember. I love running, but I just happen to be transgender."

For trans women who do lower their testosterone levels, medical experts say there's no evidence of an athletic advantage.

"That's a misconception and a myth," said Dr. Alex Keuroghlian, director of education and training programs at the Fenway Institute, a health and advocacy center for the Boston LGBT community. "There's no physiologic advantage to being assigned male at birth."

Rather, trans women who take medication to lower their testosterone levels often face side effects like dehydration, sluggishness and reduced stamina - which can all spell disaster for marathon training.

Gapin, the runner from New Jersey, said she had to overcome major setbacks during her transition. While taking testosterone blockers, her pace dropped by more than a minute per mile. Later she underwent surgery and had to take months away from training to recover.

All told, it took Gapin three years running as an openly transgender woman before she qualified for Boston, a goal she set seven years ago. And although she knows some might not like it, she plans to run the race this month - and enjoy it.

"I just want to race for fun and take it all in," she said. "Actually running it is sort of a victory lap for what I've accomplished."