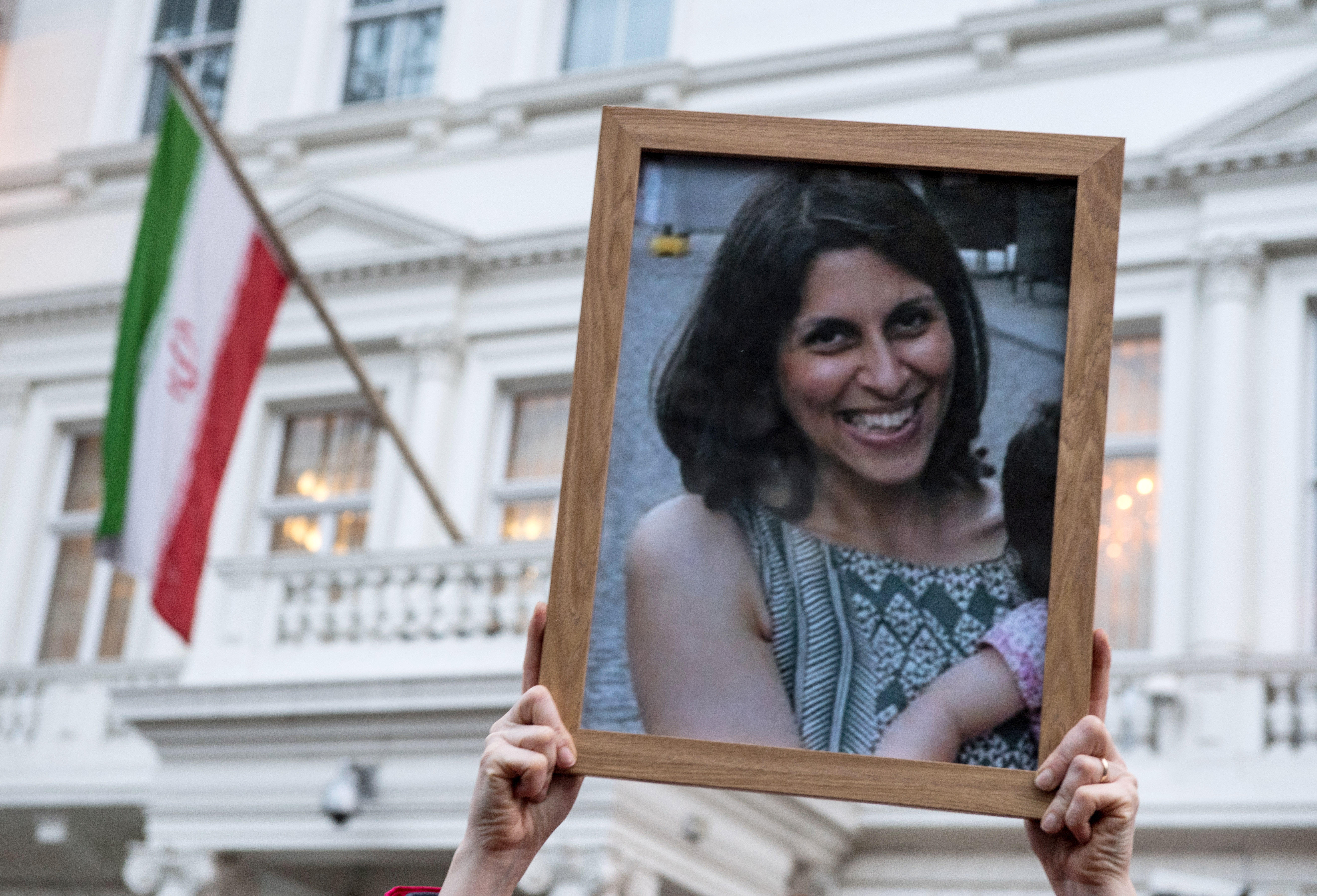 LONDON -- The husband of a British-Iranian detained by Iran is urging Britain's foreign secretary to publicly correct a statement about his wife, saying the remarks prompted authorities in Tehran to threaten to double her prison sentence.

Nazanin Zaghari-Ratcliffe is serving a five-year sentence for plotting the "soft toppling" of Iran's government.

Richard Ratcliffe told Sky News that Zaghari-Ratcliffe was summoned to an unscheduled hearing, where Johnson's comments were cited as proof that she was engaged in propaganda against the regime.

Ratcliffe urged Johnson on Tuesday to correct his remarks and win Zaghari-Ratcliffe's freedom.

By Tuesday afternoon, Johnson's office released a statement attempting to explain his earlier remarks as a poorly made point, and saying he had called his Iranian counterpart to insist that Zaghari-Ratcliffe was, in fact, "in Iran on holiday when arrested."

"The Foreign Secretary expressed concern at the suggestion from the Iranian Judiciary High Council for Human Rights that his remarks last week at the Foreign Affairs Committee 'shed new light' on the case," the statement from Britain's Foreign Office said. "The Foreign Secretary said this was absolutely not true."

The statement said Johnson "made clear" that when he spoke to the lawmakers last week, "the point he had been seeking to make… was that he condemned the Iranian view that training journalists was a crime, not that he believed Iranian allegations that Mrs Zaghari Ratcliffe had been engaged in such activity."