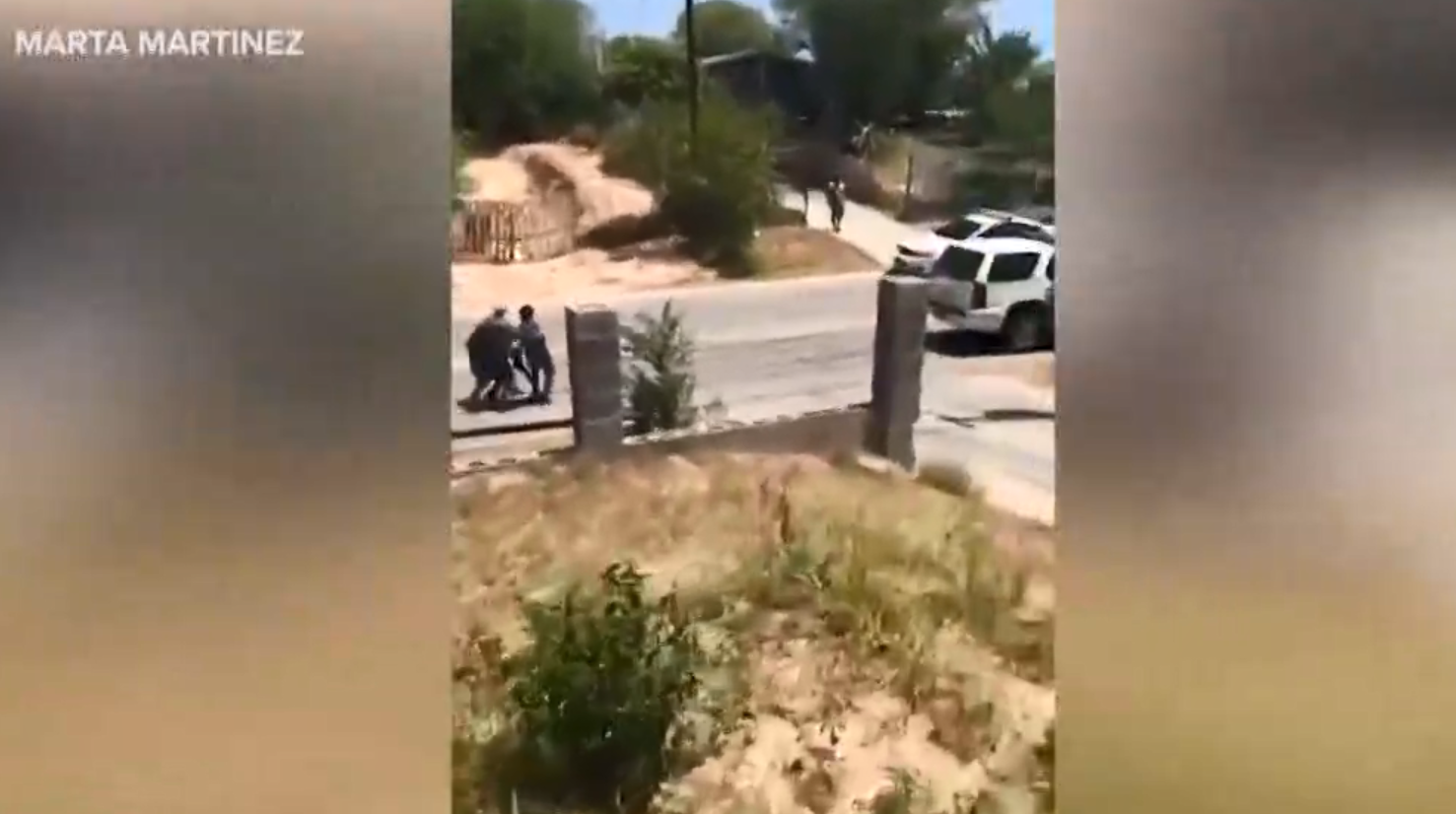 RIO BRAVO, Texas — The U.S. Border Patrol says an agent was trying to detain some people whom he suspected had entered the country illegally when they attacked him and he shot and killed one of them.

According to the CBS affiliate KENS the shooting victim was a woman.

Border Patrol says the unidentified agent was investigating a report of illegal activity Wednesday in Rio Bravo, just south of Laredo, when he came across the group.

The agency said in a statement Thursday that the agent was trying to take them into custody when some attacked him "using blunt objects." The agent fired at least once. Three immigrants were apprehended.

In a video shot by a local woman who reportedly witnessed the shooting, agents can be seen performing CPR on the woman. Marta Martinez told KENS she saw the woman's face covered in blood.

In the video Martinez recorded, she's heard yelling "You killed the girl" in Spanish at another Border Patrol agent who was detaining two other men. She said the agent said he didn't kill the woman.

"I felt very angry, I don't know if I wanted to cry because what I was seeing, but I didn't think it was right what they did," Martinez said.

The FBI and Texas Rangers are investigating the shooting.