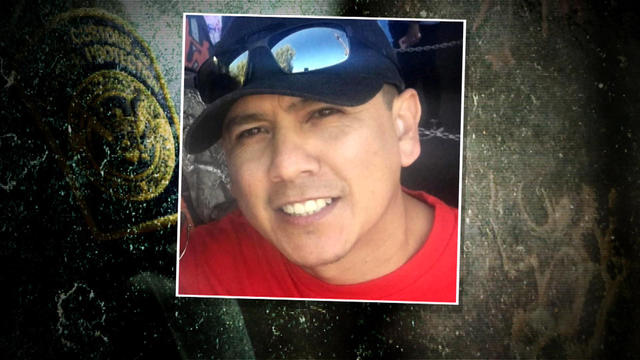 EL PASO, Texas -- Family, friends and law enforcement officers converged on an adobe Catholic church in El Paso, Texas, Saturday to mourn a Border Patrol agent whose death last weekend in the rugged and remote Big Bend area has not been explained.

Bagpipes played as Border Patrol pallbearers in green uniforms carried the U.S. flag-draped coffin of Rogelio Martinez, 36, into Our Lady of Guadalupe Church for a private funeral Mass. He died in a hospital Sunday of head and other injuries.

"It honors him to see law enforcement agencies from across the United States" attend the service, Border Patrol spokesman Ramiro Cordero told reporters outside the church.

Martinez was found Nov. 18 in a culvert along with his seriously injured partner, whose name has not been released, in a rugged area near Van Horn, about 30 miles from the border with Mexico and 110 miles southeast of El Paso.

Attorney General Jeff Sessions was scheduled to attend the funeral but it was not clear if he was there. Following the funeral, a graveside ceremony was held at Restlawn Cemetery in El Paso.

Speculation about the cause of death has run rampant with several politicians saying the agent was attacked, including President Trump, who used the death to highlight his support for building a wall on the border with Mexico.

"Border Patrol Officer killed at Southern Border, another badly hurt," the president posted on Twitter on Sunday. "We will seek out and bring to justice those responsible. We will, and must, build the Wall!"

Special Agent in Charge Emmerson Buie Jr. in the FBI's El Paso office has said investigators were treating the incident as a "potential assault," but they could not rule out other scenarios.

Officials have told CBS News they believe the agents were assaulted, not victims of an accidental fall.

Representatives from the Border Patrol's union have insisted that the incident was an attack, based on the accounts of other agents who responded to the scene. Chris Cabrera, a spokesman for the National Border Patrol Council, told The Associated Press that agents responding to the scene called it "grisly."

After the death of Martinez, his father told the El Paso Times that his son loved his job. Jose Martinez said his son would call him every day to say goodbye for the night.

"And I would tell him, 'Take care of yourself son. God bless you,'" the father said.