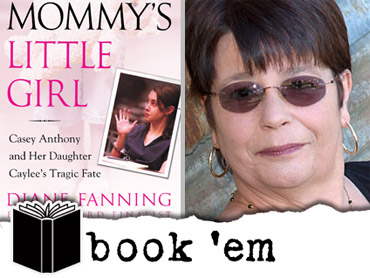 (CBS/St. Martins True Crime )
NEW YORK (CBS) In the summer of 2008, two-year-old Caylee Anthony was reported missing. Five months later, her body was found near the family home in Orlando, Florida. In MOMMY'S LITTLE GIRL: Casey Anthony and her Daughter Caylee's Tragic Fate, Diane Fanning goes behind the headlines to provide a heartbreaking account of a case that shocked the nation.

It's an account based on thousands of pages of police transcripts and reports, and other official documents, as well as taped interviews and on-site research.

When news broke of Caylee Anthony's disappearance, there was a huge outpouring of sympathy. The search made front-page headlines. But there was one huge question mark hanging over the case: the toddler's mother.

As the investigation continued and suspicions mounted, Casey Anthony became the prime suspect. In October 2008, a grand jury indicted the young single mother based on new evidence -- her erratic behavior and lies, and signs of human decomposition in the trunk of the car she'd been driving before Caylee disappeared. Casey Anthony pled not guilty to charges of first-degree murder; now her trial is pending.

This timely account weaves together the details surrounding this highly publicized case, about the tragic death of a little girl whose fate captivated a nation.

What makes the Caylee Anthony case so compelling?

Fanning: The emotional draw of three of the basic elements of this story drew the public's eye and made it easy to care about the outcome.

First of all, the most important person in this drama is the victim, little Caylee Marie. She was a beautiful little girl with the wide-eyed charm that stirs up our basic protective instincts and embodies the essence of innocence. When we first learned of her, Caylee was a missing child. We had high hopes for a happy ending—despite grim statistics to the contrary. We wanted to believe she could be found, safe and sound, and returned home to her family. The public made an emotional investment in this positive outcome. 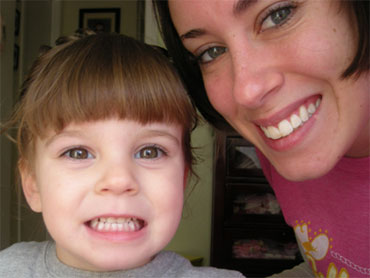 Secondly, the story had the perfect setting for this sunny optimism—Orlando, Florida. This city is a Mecca for children, reflecting their wonder, their wishes, their dreams.

Middle class America yearns to take their children on a trip to this magical city in the sunshine state. This upbeat image of Orlando promises a Disney-like happy ending.

Unfortunately, for Caylee, that promise was not kept. It was destroyed by the third compelling element of this story—the accused perpetrator.

We think of those who would harm an innocent child as monsters. We could feel untouched by a crime if all these monsters were easy to recognize on sight—wild-eyed, drooling, depraved strangers. They rarely are—most of these monsters look just like us. In this case, the suspected villain is a young, attractive single mother without a history of poverty, abuse or deprivation to give us an understanding of her heartlessness. She was a slightly pampered, middle-class woman, much like the girl who lives next door. And that made us all question our assumptions and preconceived notions.

Those three elements alone made a heady combination that could easily capture the interest of crime watchers from coast to coast.

But this case brought even more to the table. Between the state's slow and deliberate public release of discovery documents and an ever-changing side show of eccentric characters from a black-hatted bounty-hunter to a controversial band on a flatbed truck, this story never faded from the attention of the 24-hour news cycle.

What's the most fascinating forensic aspect of the case that needs answers?

Fanning: What has fascinated me the most is the odor analysis in the back of the car that indicated little Caylee's body was stashed for some time in the trunk. There is a lot of skepticism about the strength of the science behind this forensic technique. On the one hand, you have highly regarded scientists examining this evidence and presenting it as fact. On the other, the cynics peer at it suspiciously suspecting junk science where data is twisted to prove a point rather than leading to a conclusion through scientific method. If the science behind it could be demonstrated to be sound through its presentation in this trial, it could have huge implications for future courtroom confrontations.

I, personally, maintain a querulous pose on the issue but, also find it, in my mind, to be irrelevant. I was far more moved by the anecdotal evidence. Not only did trained dogs hit on the trunk, but experienced investigators and other observers recognized the smell of decomposing human flesh. They all assure us that it is an odor never forgotten and never mistaken. To me, that is compelling evidence.

The only question that really matters in this case, though, is the jurors' perception. Will they accept the forensic analysis or reject it? If the latter, will the personal observation testimony be sufficient to convince them, as it was for me?

Did you uncover anything that may prove more important than most people realize?

Fanning: The exquisite ease of making chloroform at home, to my thinking, is a critical part of this story. Not only is it easier than I would have believed possible but, apparently, in some circles, it is the preferred method employed by some date rapists.

The state knows that Casey Anthony researched this subject. If the prosecutors believe she employed it to eliminate her child, a courtroom presentation of this process could prove to be the most dramatic moment in the trial.

Is there an issue in the Caylee Anthony case that you think will be decisive?

Fanning: The most decisive issue in this case is that of premeditation. The prosecution needs to overcome the accident theory and the impulsive moment of passion theory in order to prove its existence. Often, when we think of premeditation, we expect a well-planned crime executed on a pre-determined schedule.

But with many indicators that Casey reacted when she did because of an argument with her mother, the state will need to show that although the actual timing, the day that it happened, might have been an impulsive act prompted by events, it was still backed by months of dogged research and deep contemplation. 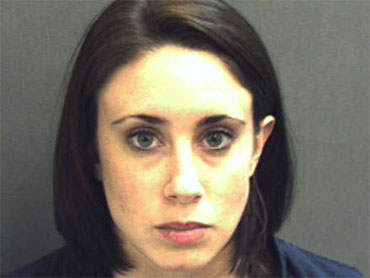 What's your take on the relationship between Casey Anthony and her mother – and with her parents in general – and will it have a direct bearing on the outcome?

Fanning: Casey and Cindy Anthony seemed to have an excellent and close mother-daughter relationship before Casey hit puberty. In her early teens, Casey honed her skills in manipulation and deception by practicing on Cindy. It was difficult for Cindy, as it is for any mother, to distinguish between the normal adolescent breaking-away in search of independence and less socially acceptable behavior.

When the latter became obvious, Cindy refused to see it.

With each passing year, Casey became better and bolder with her prevarication and Cindy found it easier to deny the evidence of Casey's behavior and accept whatever cover stories her daughter concocted. Cindy did not want to believe that her daughter would lie to her and therefore, refused to accept that reality.

George, on the other hand, attempted to question Casey's version of events on many occasions but when he did his wife took his daughter's side, racing to her defense. Any parenting expert makes it clear that a united front is vital when raising a teenager. It was there that Cindy and George failed and Casey learned manipulating them one against the other was the best way to insure that she would get whatever she wanted.

Even when the conflict between Casey and Cindy escalated into all-out war after Caylee's birth, Casey still found it easy to revert to the manipulative behavior needed to get the response from her mother that she wanted. She couldn't maintain that pleasant demeanor with her mother but she could call on it when all else failed.

Both Cindy and George tended to see the actions of their daughter as a reflection on themselves. George's response was usually to shoulder the guilt upon himself as a parent instead of placing it on his daughter where it belonged. In the process, he taught Casey that personal responsibility was an unnecessary value.

Cindy, on the other hand, seemed incapable of separating herself and her daughter into two separate people at times. If Casey did something that Cindy could not imagine doing herself, Cindy's only remaining option was denial—against all evidence, all logic and all common sense.

Cindy's willingness to do anything to protect her daughter, including the withholding of important evidence, has destroyed her credibility and made even a mother's plea for mercy in the penalty phase at trial, if it comes to that, meaningless and unmoving.

Is there an element of the case you think is still to be unraveled?

Fanning: Yes -- Who is Caylee's father?

It is not clear that even Casey Anthony knows the real answer to that question. She's admitted to at least one sexual encounter with a man whose last name she never knew—there could be many more.

Will someone step forward before the trial? Will some young man quietly submit to DNA testing and when paternity is confirmed, reveal himself as a champion for justice for the daughter he never knew?

It sounds too melodramatic to happen. But all along, this story has been filled with those unexpected, jaw-dropping, head-scratching moments that no one saw coming. Could the appearance of Caylee's biological father be another one of them?

BONUS QUESTION: What question should Crimesider have asked you that we didn't... and what's the answer?

Fanning: Why does this story matter? First and foremost, it matters because Caylee Marie Anthony matters. Because this little girl deserved to experience life from its beginning until its natural end. Because her life was stolen from her, by all indications, by the one person she should have been able to trust more than anyone else in the whole world. 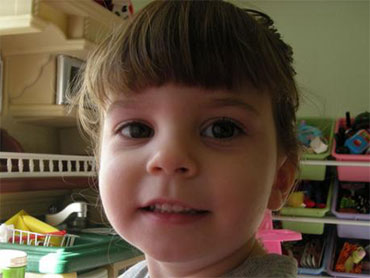 Many ask "What makes Caylee more important than the other toddlers who lose their lives to homicide, unnoticed and uncelebrated in the media?" The answer is simple.

Caylee is more than one little girl—Caylee is the face and the voice for all young innocent children cut down by the cruelty, narcissism and depravity of others.

A generic story about hundreds of murdered children may shock us but it doesn't have the emotional impact of directly looking into the eyes of one victimized child.

We often hear of stories of massive tragedies where hundreds or thousands of people are killed in a massacre or natural disaster. We are stunned by these large numbers but we cannot feel the texture of the pain, plunge into the depth of the tragedy or draw these victims close to our hearts until a journalist takes us straight to one victim, to the grief of that person's family and community, to the loss that one individual's life has brought to the world.

Caylee is just one little girl who deserved to live but when I look at her, I see so much more. I see legions of nameless children who suffered similar fates, lining up behind her demanding justice, pleading for change, begging for protection. And our little Caylee is standing vigil for them all.

Watch "The Untold Story of Caylee Anthony," a full episode of 48 Hours | Mystery.

(CBS)
ABOUT THE AUTHOR:
Diane Fanning is the author of the Edgar Award finalist Written in Blood: A True Story of Murder and a Deadly 16-Year-Old Secret That Tore a Family Apart, as well as nine other true-crime books, and the Lieutenant Lucinda Pierce mystery series. She lives in New Braunfels, Texas.

Read an Excerpt at Macmillan Books.>