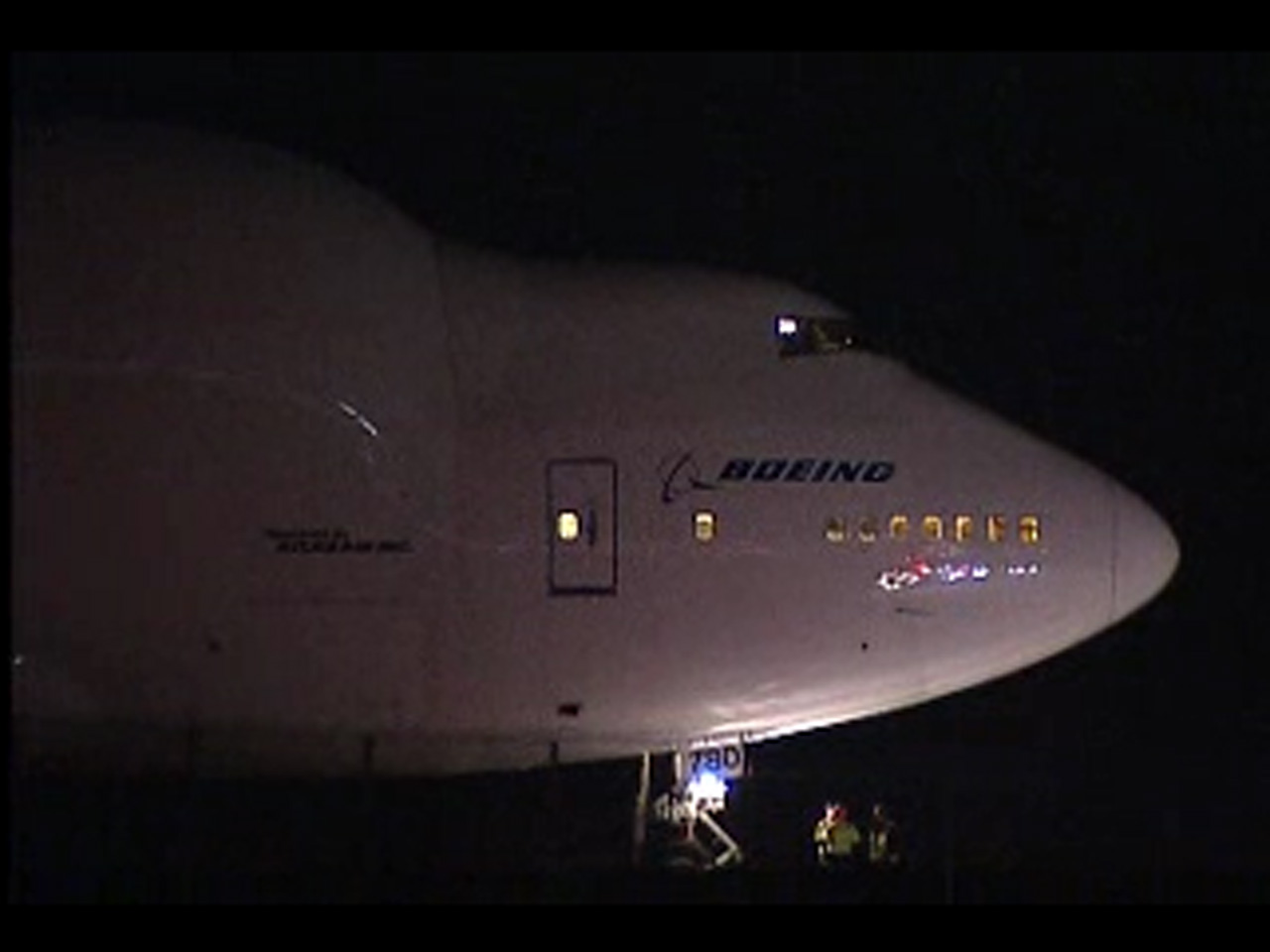 A 747 Boeing Dreamlifter cargo jet, scheduled to land at McConnell Air Force Base in Wichita, instead landed at Wichita's Jabara Airport Wednesday night. The airports are nine miles apart.

No explanation was given.

The City of Wichita tweeted early Thursday that no one was hurt and no property was damaged, reports CBS Wichita affiliate KWCH-TV.

The station says a tow headed to try to turn the jumbo jet around broke down. It says Boeing hopes to turn fly the craft out.

According to KWCH, audio from LiveATC.net says McConnell AFB gave the plane clearance to land, but the pilot landed at Jabara. The Dreamlifter pilots can be heard talking to the McConnell's tower controller saying, "Ahh, yes sir, we just landed at the other airport."

A Dreamlifter is supposed to need a runway 9,199 feet long to take off at maximum takeoff weight, and 7,000 feet to land at maximum landing weight. The runway at Jabara is 6,101 feet long.

Atlas Air Flight 4241 was arriving from JFK Airport in New York. It carries fuselage for the Boeing 787 Dreamliner aircraft.

The Federal Aviation Administration plans to investigate the deviation in route, a standard procedure.