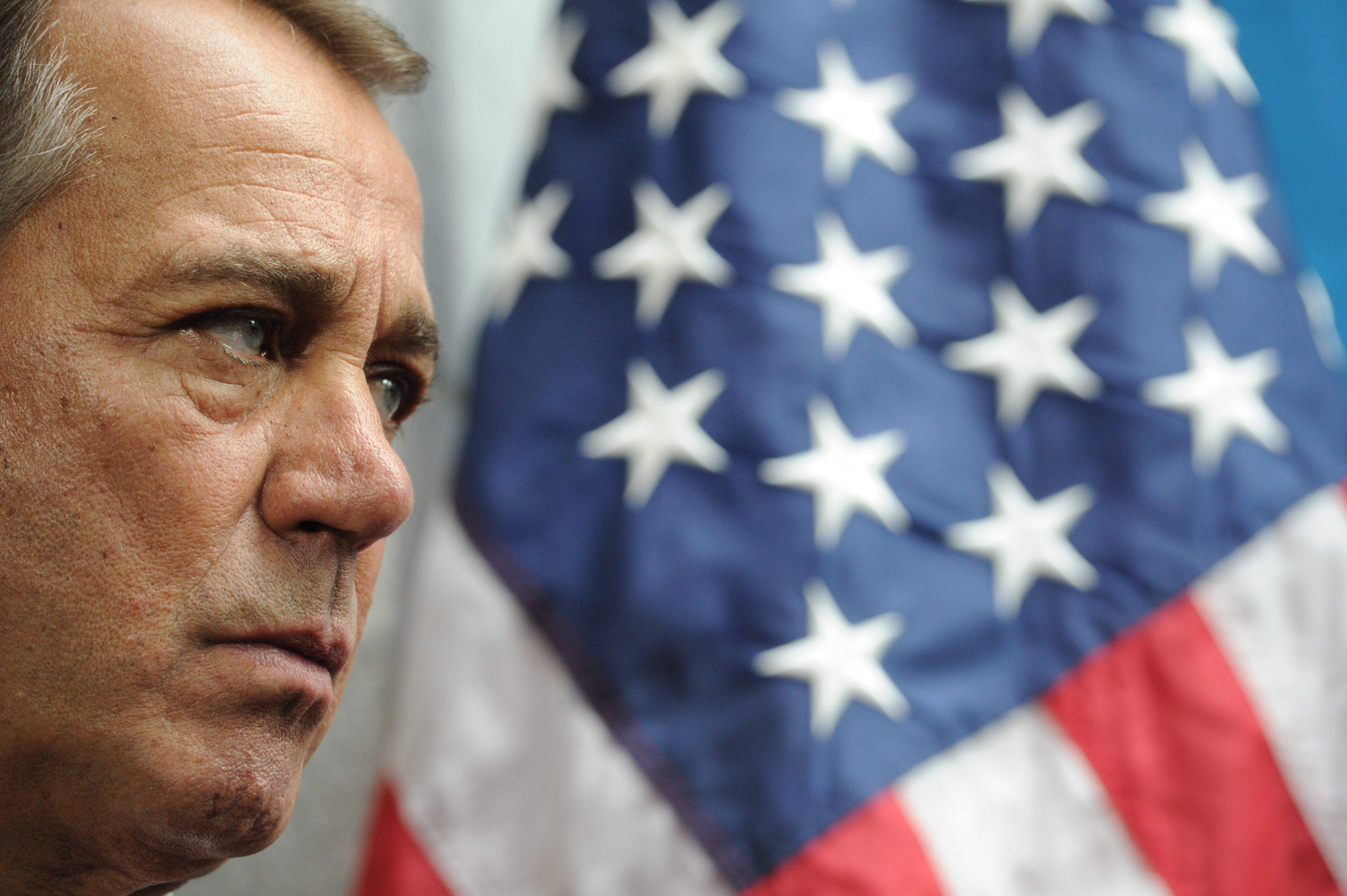 The House GOP leadership is standing behind a budget agreement brokered by congressional negotiators over the last two months and pushing back against outside conservative groups that have panned the deal for undoing mandatory sequester cuts.

“They’re using our members and they’re using the American people for their own goals. This is ridiculous. Listen if you’re for more deficit reduction, you're for this agreement,” snapped House Speaker John Boehner, R-Ohio, in response to a question from CBS News Congressional correspondent Nancy Cordes. He said the groups came out against the deal “before they even saw it.”

A range of conservative groups, including the Club For Growth, Heritage Action and Americans for Prosperity lined up to slam the deal announced last night, which sets a budget for the government for the next two years, taking away the threat of a government shutdown in January. It provides $63 billion in sequester relief and $85 billion in savings. The revenue to replace the sequester cuts comes from higher airline fees, asking federal workers to contribute more to their pensions, and slowing cost-of-living increases in military pensions.

In an op-ed in USA Today, Heritage Action CEO Michael Needham called the deal “a step backward,” objecting to the fact that it undoes sequester cuts, increases federal spending, raises fees on air travel and only promises future cuts.

“Some are heralding the agreement as an indication politicians can put aside their petty differences and achieve something. In the coming days, members of Congress will have to explain to their constituents what exactly they achieved by increasing spending, increasing fees and offering up another round of promises waiting to be broken. That will be a tough sell back home,” he wrote.

The group will make the budget deal a "key vote" on their legislative scorecard.

Not long after Boehner's comment,  Club for Growth President Chris Chocola responded to Boehner with a statement of their own.

“We stand with Marco Rubio, Ted Cruz, Tom Coburn, Rand Paul, members of the Republican Study Committee and every other fiscal conservative who opposes the Ryan-Murray deal,” Chocola said, referencing several Senate conservatives who have come out against the deal. “After carefully reviewing the budget deal, on which we never commented until it was complete, we determined that it would increase the size of government. We support pro-growth proposals when they are considered by Congress. In our evaluation, this isn’t one of those.”

“By having a budget agreement that does not raise taxes, that does reduce the deficit and produces some certainty and prevents government shutdowns, we think that’s a good agreement,” Ryan told reporters. “We know that this budget agreement doesn’t come close to achieving what we want to achieve on our ultimate fiscal goals but again if we can take a step in the right direction we’re going to take that step.”

He added, "we feel very good where we are with our members."

Boehner was quick to back the deal after it was announced Tuesday night, and the rest of the GOP leadership followed in kind Wednesday morning. Though Democrats will have their own issues with the deal – principally the fact that it does nothing to extend unemployment benefits, which run out on Dec. 28 – the agreement has the support of Senate Majority Leader Harry Reid, D-Nev.

Given the outside pressure on Republicans to vote "no" on the budget deal, it may fall to House Democrats to make up the remainder of the votes necessary for it to pass the House. But Minority Leader Nancy Pelosi, D-Calif., isn't committing her members to widespread support for the deal.

"Our caucus is just finding all of this out this morning. And so they will carefully review the provisions of the proposal and ask questions of our conferees," she told reporters at a news conference Wednesday morning.
"Members will make their decision. I don't know where that will come down."

She said it was "absolutely unconscionable" that lawmakers might leave town Friday without having extended unemployment benefits.

Boehner has said it is up to the White House to come up with a proposal for extending the emergency benefits.