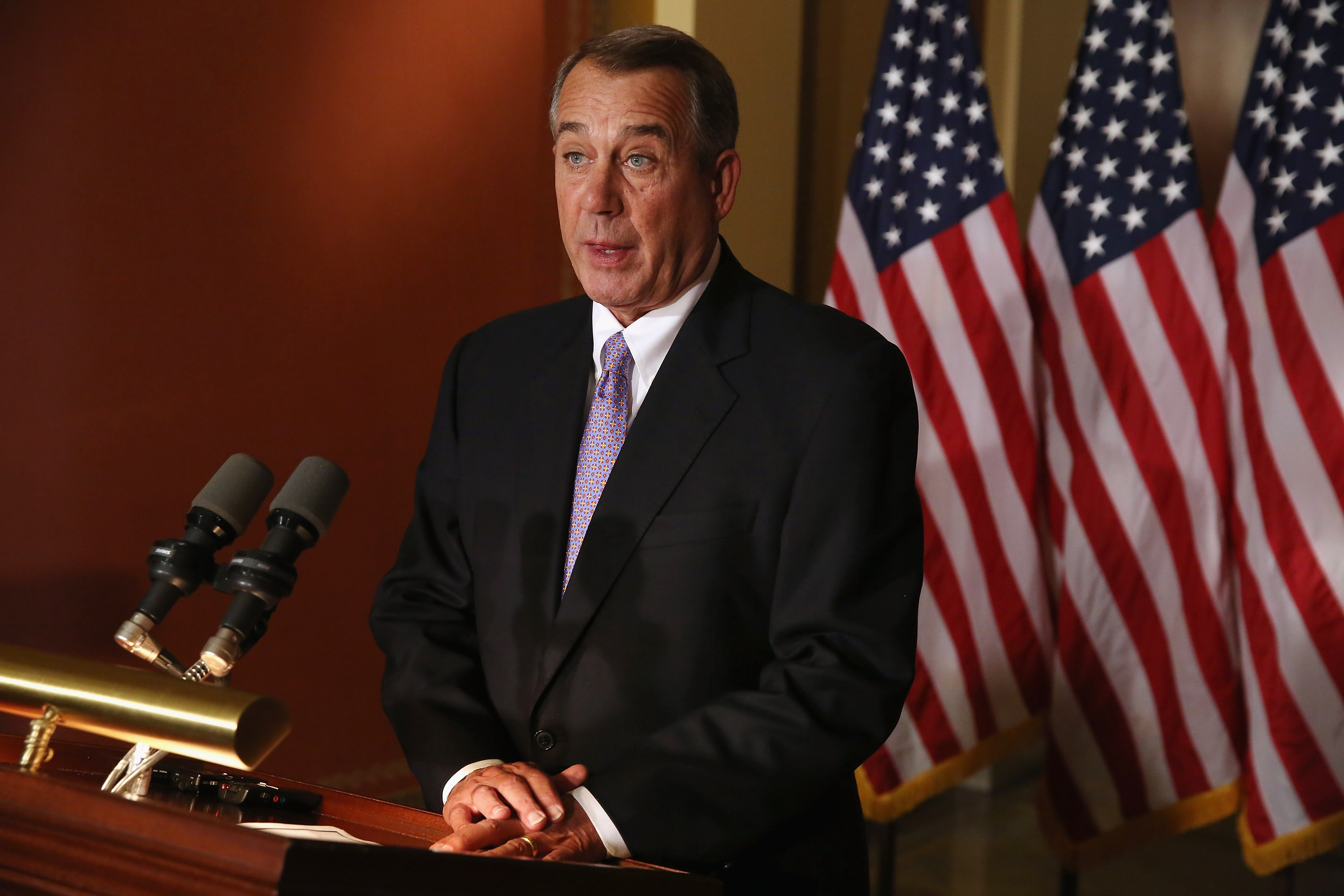 "The action by the president yesterday will only encourage more people to come here illegally, putting their lives at risk," Boehner said from the Capitol. "We saw the humanitarian crisis at our border last summer, how horrific it was. Well next summer, it could be worse."

Mr. Obama announced in a primetime address Thursday night that he is taking executive actions that will give temporary reprieve to about 5 million undocumented immigrants. The offer applies mostly to the parents of children who are here legally and to undocumented youth who were brought into the U.S. as children. The actions extend upon Mr. Obama's previous executive actions that allowed certain undocumented youth to stay in the country legally, known as the Deferred Action for Childhood Arrivals program (DACA).

Over the summer, the government had to deal with an influx of unaccompanied youth crossing the U.S.-Mexico border after misinformation spread in Central America about the DACA program. The influx of children led to a strain of resources, such as border patrol facilities and legal resources.

In his remarks Thursday night, Mr. Obama told members of Congress that if they're unhappy with his unilateral actions, they should pass a bill to fix the nation's immigration system. The Senate passed a comprehensive bill last year with bipartisan support, but it was never put up for a vote in the GOP-led House.

Boehner on Friday said "the House will, in fact, act."

However, he declined to expound on what exactly the House will do.

"We have a broken immigration system, and the American people expect us to work together to fix it," he said. "And we ought to do it in the democratic process, moving bills through the people's House, through the Senate and to the president's desk."

At the same time, Boehner suggested that the House may first try to block the president's actions.

"We will not stand idle as the president undermines the rule of law in our country and places lives at risk," he said. "We'll listen to the American people, we'll work with our members, and we will work to protect the Constitution of the United States."

Asked specifically about using the power of the purse to block Mr. Obama's actions or other means of opposing the president, Boehner said, "We're working with our members and looking at the options that are available to us."

Boehner also warned that by flexing his executive muscle, Mr. Obama is "damaging the presidency itself" and making it just about impossible for congressional lawmakers to trust him.

"All year long I've warned the president that by taking unilateral actions on matters such as his health care law or by threatening action repeatedly on immigration, it is making it impossible to build the trust necessary to work together," he said. "And as I warned the president, you can't ask the elected representatives of the people to trust you to enforce the law if you're constantly demonstrating that you can't be trusted to enforce the law."

While Republicans aren't happy about it, Mr. Obama will finalize these steps Friday in Las Vegas, Nevada. He's delivering a speech at Del Sol High School, where he laid out his principles for comprehensive immigration reform nearly two years ago. While there, Mr. Obama will sign memoranda that establish new immigration procedures and guidelines for the Departments of Homeland Security, Justice and Labor.