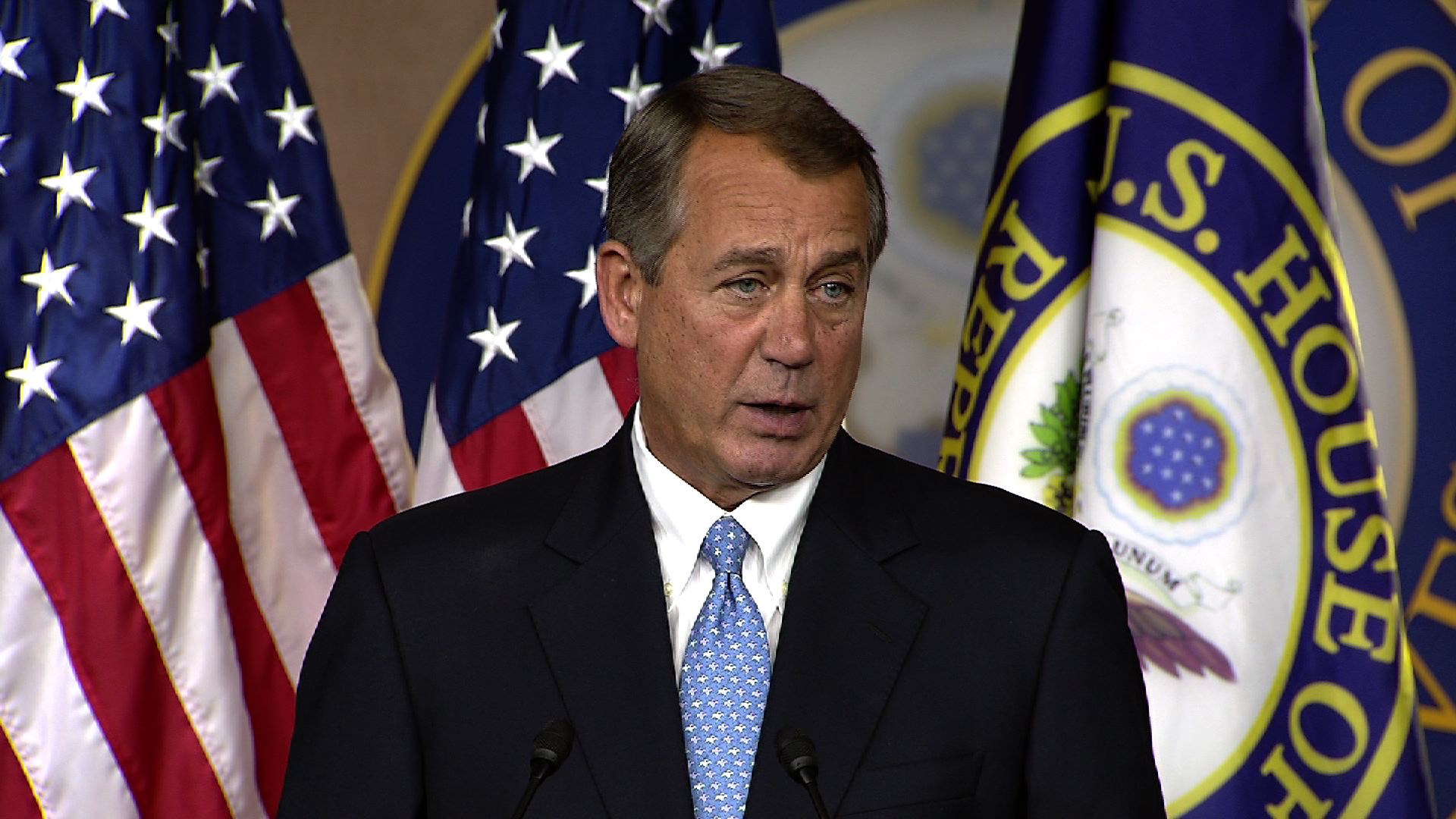 As the Senate works on a comprehensive overhaul of the nation's immigration system, House Speaker John Boehner, R-Ohio, expressed optimism on Thursday about the possible impact of reform on America's economy, telling reporters that if a recent report by the Congressional Budget Office (CBO) is accurate, reform could be a "real boon" for the U.S.

Referencing a recent CBO analysis contending that immigration reform would reduce the federal deficit over the next two decades, Boehner was inconclusive but optimistic.

"I haven't studied the report... It is kind of interesting though that they used dynamic scoring, something we've been urging them to do for a long time," he said. "If in fact those numbers are anywhere close to being accurate, it would be a real boon for the country."

Boehner said he asked Rep. Paul Ryan, R-Wis., chairman of the House Budget Committee, to review the CBO analysis and report back. In the meantime, however, Boehner remained mum on whether or not he would support a GOP-sponsored amendment currently being negotiated in the Senate that would include tough provisions on border security while also leaving the door open for a pathway to citizenship for undocumented immigrants.

"My job isn't to try to impose my will on the 434 other members. My job is to try to facilitate a discussion and build bipartisan support for a product that will address this broken immigration system that we have," Boehner said, noting that he was not familiar with the language of the amendment. "If immigration reform's going to work, it's essential that we have the confidence of the American people and that it's done the right way."

Besides, Biden argued, "firm but fair reforms to bring these 11 million undocumented immigrants out of the shadow and into the fold" is "the Christian thing to do."