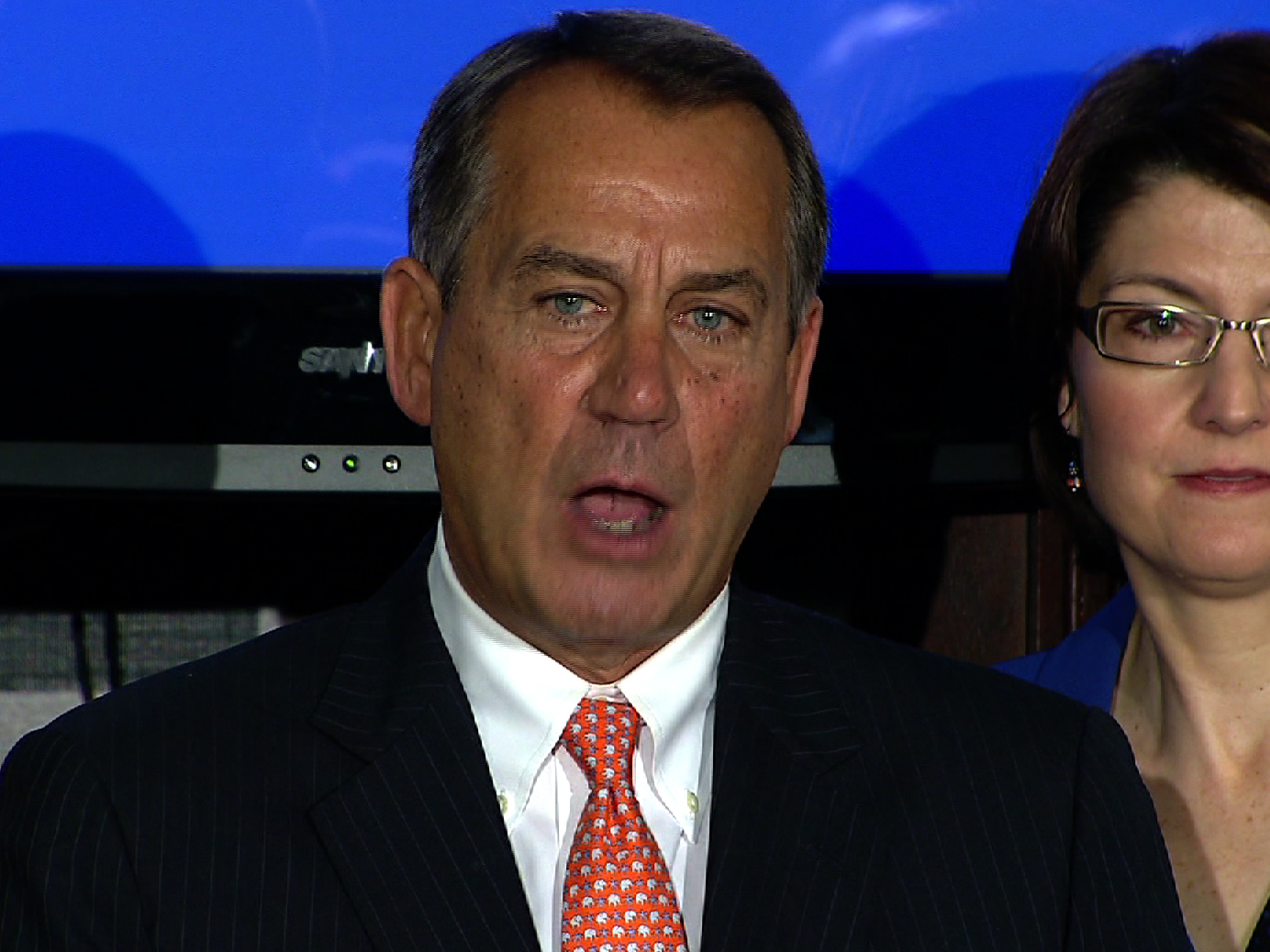 House Speaker John Boehner has in the past sounded pessimistic about the prospect of gun control legislation passing this year, but today he said that Congress has a "responsibility" to try to reduce gun violence.

"Congress does have a responsibility to look at violence in our society and make responsible decisions on how we can reduce that violence and the incidents of these mass shootings," Boehner told reporters this morning.

For Democratic lawmakers, that primarily means passing gun control legislation. In his State of the Union address last night, President Obama urged Congress to vote on bills that "help to get weapons of war and massive ammunition magazines off our streets." In one of the most moving moments of his speech, he said repeated again and again that the victims of gun violence -- former Rep. Gabrielle Giffords, the families of Newtown, and so on -- "deserve a vote."

Several people whose lives were directly impacted by gun violence attended the State of the Union address as guests of members of Congress. Boehner said, "I was glad those people were there last night."

When asked if those victims do indeed "deserve a vote," the House speaker replied, "The committees in the Congress are beginning to look at how do we address violence in our society -- how do we take meaningful steps to reduce that violence. And as I've made clear for weeks, if the Senate acts, we'll be happy to to take a look at what they do."

It's unclear what specific proposals will be able to move through this Congress. Boehner has expressed skepticism about certain ideas. Last month, for instance, he said that a ban on assault weapons would only give people a "false sense of security."

Boehner today was more critical of the president's call for a higher minimum wage.

"Why would we want to make it harder for small employers to hire people?" he asked. "You raise price of employment, you get less of it."

He also criticized the president on his remarks last night regarding the looming "sequester" cuts that would slash $1.2 trillion from defense and non-defense government spending starting next month.

Senate Democrats are laying out a plan this week, but Senate Minority Leader Mitch McConnell, R-Ky., said yesterday that he doesn't expect to see any action in the House.