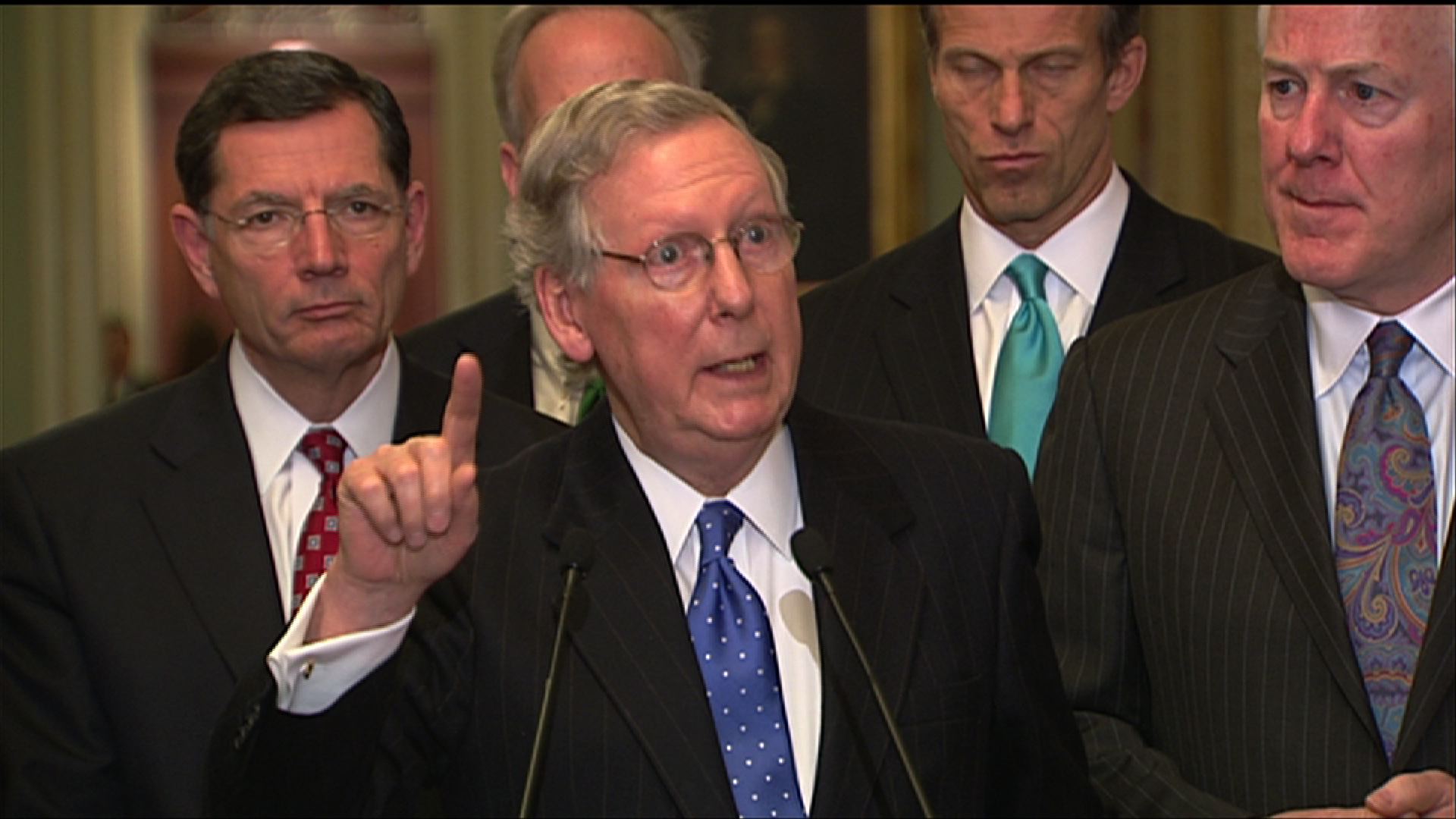 "Read my lips: I'm not interested in 11th hour negotiation," McConnell told reporters today with respect to the possibility of reaching a deal to avert the looming "sequester" cuts.

The so-called "sequester" refers to the $1.2 trillion in spending cuts set to kick in at the start of next month. Half of the cuts would come from defense spending and half from non-defense spending. Economists agree the steep, across-the-board cuts would slow the economy, with the nonpartisan Congressional Budget Office estimating they could put close to a million jobs at risk.

President Obama is urging Congress to delay the sequester and work on a "balanced" approach to deficit reduction that includes both spending cuts and raising tax revenue. McConnell, however, noted today that when Congress passed the plan for the sequester, it promised to achieve $1.2 trillion in deficit reduction "without tax increases."

"Now the president is once again trying to introduce new taxes into it," he said. "The tax issue's over."

"Read my lips" is, of course, the famous phrase that then-presidential candidate George H.W. Bush used in 1988 when he promised not to raise taxes. He did, however, end up raising taxes as president.

Democrats are hoping that Republicans will similarly change their tune. Later this week, Senate Democrats will introduce a plan to temporarily replace the sequester with a "balanced" approach to deficit reduction, Senate Majority Leader Harry Reid, D-Nev., said today, which will include equal amounts of revenue and spending cuts.

"The American people have made it very, very clear that they want a balanced approach to the fiscal problems this country faces, deficit reduction for sure," Reid said. "But for some reason Republicans haven't gotten that message... They would rather cut Medicare, education, cancer research... and they're willing to do this without closing a single [tax] loophole."

Regardless of what Senate Democrats do, McConnell said he sees no evidence that the GOP-led House will act on the issue before the end of the month.

"It's pretty clear to me the sequester's going to go into effect," he said. The Senate Democratic plan, he said, "doesn't lead to a solution, it just leads to a couple of votes."