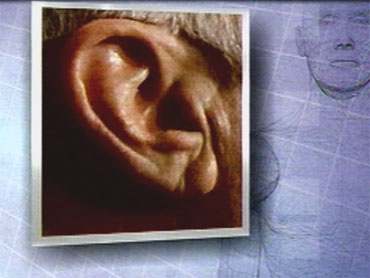 Your body may be giving you clues that something's amiss - perhaps, very amiss.

As medical contributor Dr. Holly Phillips explained on "The Early Show on Saturday Morning," things such as brittle nails, dull hair, even a crease in your earlobe, could be signs of underlying medical problems that need attention.

It's "incredibly important," Phillips says, to carefully check your body for such indicators and recognize subtle changes. Even if the signs aren't dangerous, when you notice a change, your body is trying to tell you something. Go head-to-toe, starting with your eyebrows:

Eyebrows: If you notice you're losing the hairs on the outer corners or they appear to be shortening, that could be a sign of low thyroid hormone.

Eyelids: Tiny yellow bumps in the inner-corner of the eye could actually be fatty deposits -- an important sign of high cholesterol.

Eyes: If you notice they seem to be bulging, that could be a sign of an overactive thyroid. If the white part of the eye starts to yellow, you may have liver disease or problems with your gall bladder. Some medications could also cause this.

Hair: Dryness and brittleness could be a thyroid problem or a sign of iron deficiency. Premature graying is a sign of vitamin B12 deficiency. And sudden hair loss is often a sign of too much stress.

Which body signals are most alarming to patients but for the most part harmless?

I'm often asked about bruising -- many patients worry that they bruise too easily, and usually, they're just fine. Bruising happens more as we age -- the capillaries are naturally weaker and the bruises take longer to heal. Women bruise more than men. But you shouldn't ignore it, if you notice you're bruising a lot more than usual, it could be an early sign of leukemia, or a reaction to medications.

Varicose veins and spider veins: They're usually just heredity -- you have them or you don't. Sudden weight gain or loss can also trigger them. If they develop seemingly overnight and you have calf swelling or tenderness, it could be a blood clot (deep-vein thrombosis) -- a medical emergency. And spider veins on your abdomen could be a sign of liver disease.

Finger Nails: Dry, brittle nails could be a sign of thyroid disease or an iron or vitaminB12 deficiency. Horizontal lines are a sign of heart disease -- or heart failure. Yellow or brown nails could be from a fungal infection or even lung disease such as emphysema.

But again, we're looking for a change: If you've always had (a possible sign such as) dry nails, it's probably just how you are. But if you notice your nails are changing it could be an issue.

Male breasts: Men often ignore small, painless lumps on the chest or underarm area, but actually, two percent of breast cancers occur in men, so they should stay on the lookout.

How do I know whether I am a hypochondriac?

If you spend a large part of each day worrying about many different potential health problems, and if discussion with friends, family and doctors doesn't calm you down, you may have an issue.