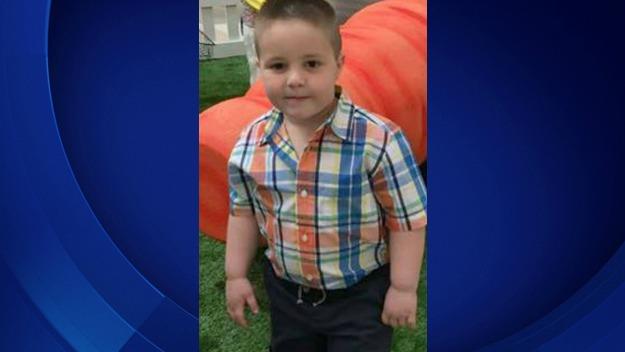 LOS ANGELES -- The body of a 5-year-old boy missing since April has been found.

The Los Angeles County Sheriff's Department confirmed to CBS Los Angeles Saturday that the body of Aramazd Andressian Jr. was found after homicide detectives returned to the Lake Cachuma area of Santa Barbara County Friday "in an effort to locate additional evidence."

The exact location where the boy's remains were located were not confirmed. What prompted detectives to return to Santa Barbara County was also not immediately disclosed, although the sheriff's department said that it was based on "additional leads developed in the case."

This comes as Aramazd Andressian Sr., 35, the boy's father, was flown into Los Angeles from Las Vegas early Friday afternoon to face murder charges in his son's disappearance. He is being held at the Los Angeles County Jail, according to the sheriff's department. He is expected to be arraigned Monday in Alhambra.

Andressian Sr. was arrested on June 23 on suspicion of killing Andressian Jr., and had been in custody in Nevada in lieu of $10 million bail. Andressian Sr. spent the 47 days prior to his arrest "socializing" in Las Vegas, sheriff's Homicide Lt. Joe Mendoza said.

At an extradition hearing in Las Vegas on Tuesday, Andressian Sr., sporting dyed, light-colored hair, calmly told a judge that he would not resist being sent back to Los Angeles.

"If California wants me, they can come get me," Andressian told the judge.

The boy was last seen at 1 a.m. on April 21 leaving Disneyland with his father, who was found unconscious at Arroyo Seco Park in South Pasadena the next day and was unable to account for his son's whereabouts. His car had been doused with gasoline and prescription drugs were found at the scene.

Andressian told investigators he arrived at the park with his son and waited for the golf course to open, and admitted ingesting prescription medication that was not prescribed to him, Mendoza said.

Andressian Jr. was supposed to be dropped off to his mother at Arroyo Seco Park at 9 a.m. on April 22 -- part of the estranged couple's custody agreement.

The father said he did not remember what happened to his child or any details that were useful in locating the boy, according to Mendoza, who said a prescription bottle was found inside Andressian's vehicle, which was doused with gasoline inside and out.

The investigation into the death included several weeks of surveillance, during which the suspect "significantly" changed his appearance, acted in a manner inconsistent with the behavior of a grieving parent and appeared to be planning to flee to a country from which he could not be extradited, Mendoza said.

The intensive search for the boy spanned several Southern California counties. Investigators had previously scoured the Lake Cachuma Recreation Area near Santa Barbara, where Andressian told authorities he took the boy after the Disneyland trip.

Andressian was originally arrested in Los Angeles County shortly after his son went missing, but was later released for lack of evidence.

The Los Angeles County District Attorney's Office filed one count of murder against Andressian last week. The charge carries a maximum penalty of 25 years to life in state prison if convicted.

Mendoza said the killing was "pre-planned" and took place between the time father and son left Disneyland and the man was discovered unconscious at the South Pasadena park, the result of an unsuccessful suicide attempt.

Andressian has been uncooperative and gave false information to investigators since he fell under suspicion, Mendoza said.

Andressian was in the middle of a divorce and custody battle with the boy's mother, Ana Estevez, who investigators have said is not a suspect in the child's disappearance. Andressian planned his son's murder to get back at his estranged wife during a "tumultuous" divorce and then tried to commit suicide -- before heading to Las Vegas to prepare to flee the country, sheriff's department officials said after Andressian's arrest.

The family of Andressian Jr. told CBS Los Angeles that a prayer vigil previously scheduled for 7 p.m. Saturday at the Los Angeles County Arboretum in Arcadia had been postponed to a later date.