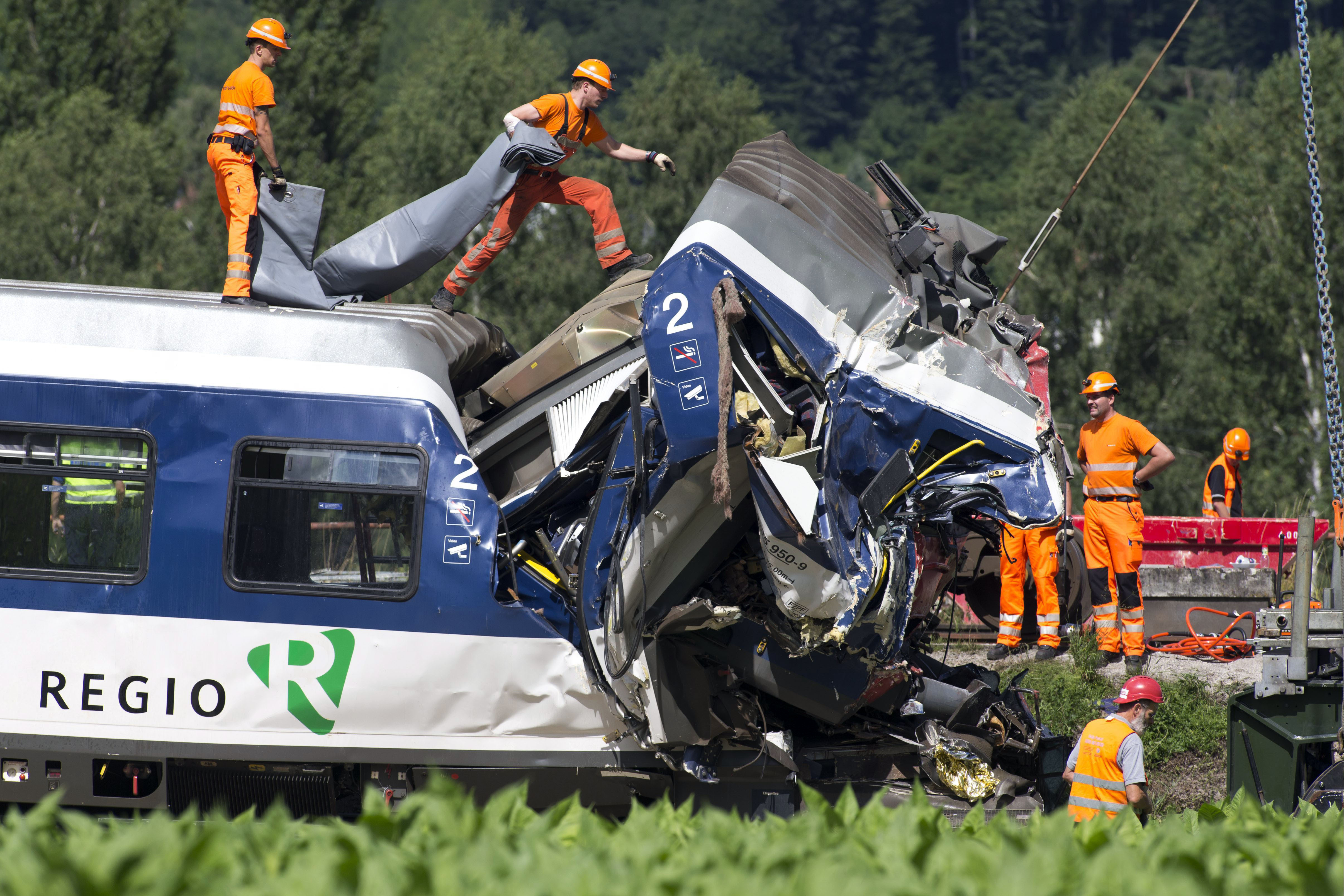 BERLIN Rescue workers on Tuesday recovered the body of the driver of one of two regional trains that collided head-on in western Switzerland. Officials said it appeared likely that one of the trains ignored a signal.

The body of the 24-year-old driver was recovered from the mangled wreckage in the early morning, hours after the collision near the station at Granges-pres-Marnand, about 50 kilometers (30 miles) southwest of the capital, Bern.

Emergency workers had to separate the front of the two trains to reach the driver's mangled cabin. The collision Monday evening left the trains locked together, partly lifted off the tracks by the force of the collision.

Of the 46 passengers on board the trains, 26 were taken to hospitals, none of them in life-threatening condition. Jean-Christophe Sauterel, a spokesman for Vaud canton (state) police, said the fire service will continue to comb the wreckage because authorities can't yet rule out the possibility that someone may still be trapped inside.

The accident happened just after a local train left the station, where it had stopped. It collided with a train going in the opposite direction that wasn't scheduled to stop.

Amateur video of the aftermath of the collision was posted to YouTube (watch at left).

Sauterel said that schedules call for the slower train to remain in the station while the faster train passes through.

He said the "the hypothesis favored by investigators" is a "failure to respect a signal" by the slower train, whose driver was questioned on Monday night. But he stressed that a detailed investigation will be needed. The driver of the faster train was killed.

The two trains' black boxes have been recovered and will be analyzed, Sauterel said at a news conference in Lausanne.

The accident happened just days after 79 people were killed in a high-speed train derailment in Spain.

Switzerland's rail system is considered among the best and safest in the world. Accidents are rare, although three years ago the country's popular Glacier Express tourist train derailed in the Alps, killing one person and injuring 42.