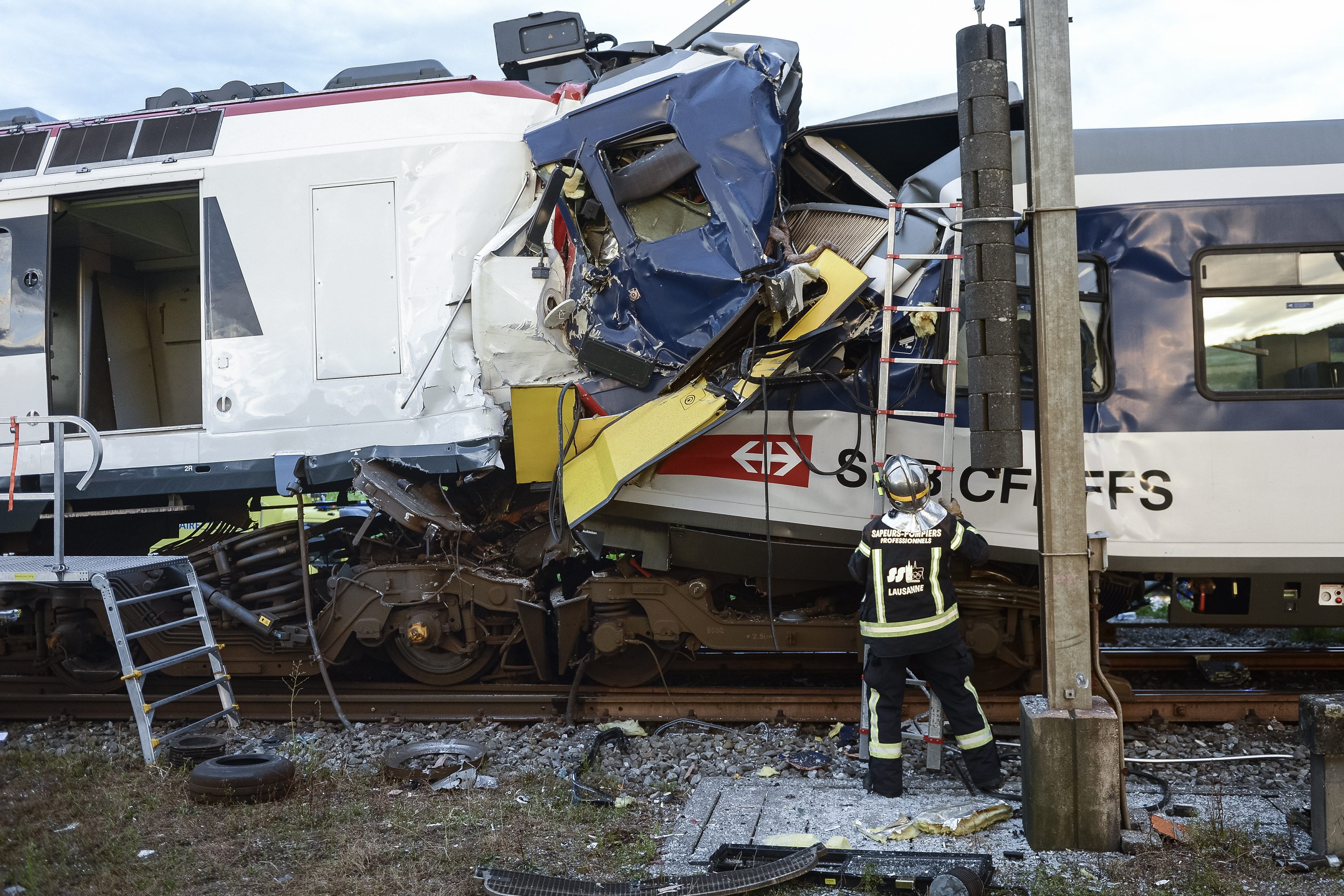 GENEVA At least 35 people were injured, five of them seriously, in a head-on collision of two trains in western Switzerland late Monday, police said. One person had yet to be recovered from the wreckage.

The crash happened near the station of Granges-pres-Marnand shortly before 7 p.m. on a regional line about 31 miles southwest of the capital, Bern. It came just days after 79 people were killed in a high-speed train derailment in Spain.

Photographs from the Swiss website 24 Heures showed the two regional trains locked together, partly lifted off the tracks by the force of the collision.

Police said several ambulances, fire engines and a helicopter were involved in the rescue operation. Rescuers had not yet been able to reach the driver's cabin of one of the trains, said the police in the canton (state) of Vaud in a statement.

News website 20min.ch quoted Patricia Claivaz of the Swiss rail company CFF as saying the trapped man was the driver. It was unclear if he was alive.

"The situation could have been much more catastrophic," police spokesman Jean-Christophe Sauterel told Reuters TV.

According to police, the five people who were seriously injured were taken to the hospital in the nearby city of Lausanne.

Earlier, Swiss media had cited police as saying 44 were injured, four of them seriously. It wasn't immediately clear why the injury figure had been lowered.

Amateur video of the aftermath of the collision was posted to YouTube (watch at left).

Switzerland's rail system is considered among the best and safest in the world. Accidents are rare, though three years ago the country's popular Glacier Express tourist train derailed in the Alps, killing one person and injuring 42.