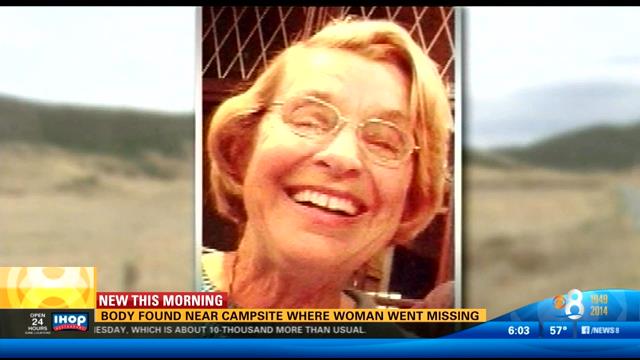 Authorities say an autopsy to determine how she died is pending, but foul play is not suspected.

Sally Estabrook, 75, was last seen Oct. 4 at the Pinezanita RV Park and Campground in Julian, about 60 miles northeast of San Diego. Estabrook, who suffers from Alzheimer's disease, was reportedly camping with friends when she vanished.

Estabrook is the mother-in-law of Mustaine, who was also the original lead guitarist for rock band Metallica. Mustaine had spoken out on social media and in a news conference about the disappearance, asking for the public's help in locating her.

The remains found Wednesday were discovered about a half-mile from the campground, according to the station.