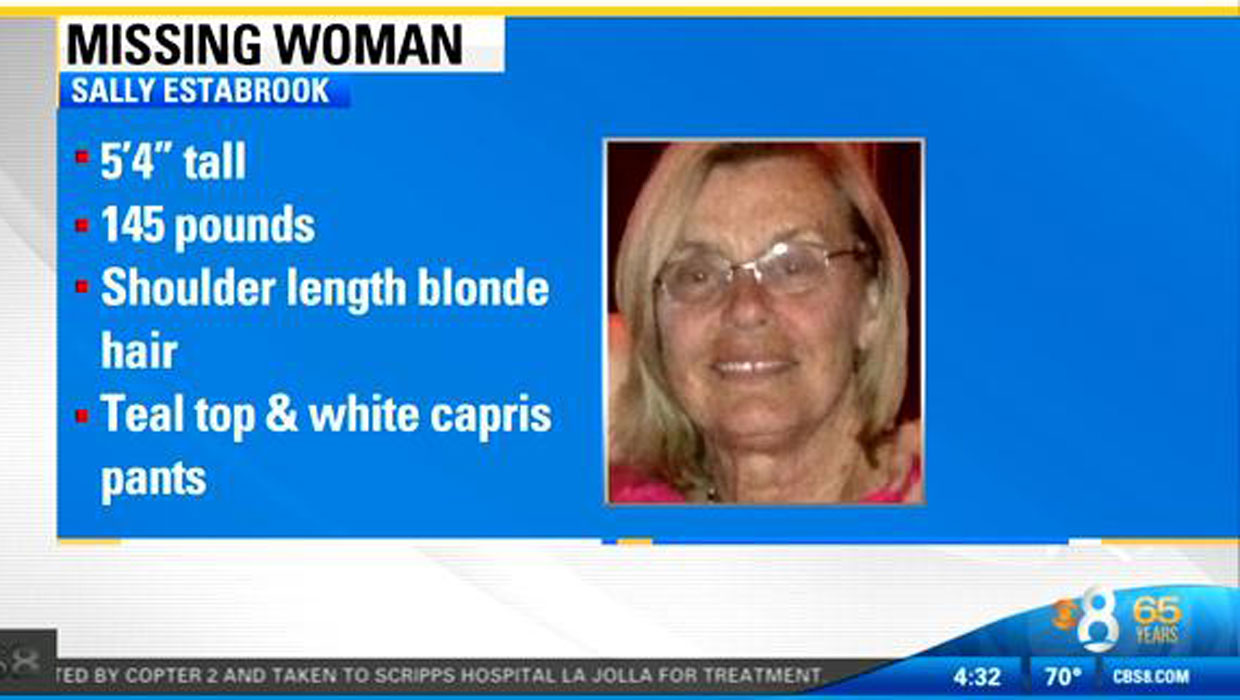 Sally Estabrook, 75, was last seen Oct. 4 at the Pinezanita RV Park and Campround in Julian, about 60 miles northeast of San Diego, reports CBS San Diego. Estabrook, who suffers from Alzheimer's disease, was reportedly camping with friends when she vanished.

Her husband said she disappeared while he was in the shower.

Estabrook is the mother-in-law of Mustaine, who was also the original lead guitarist for rock band Metallica. Mustaine has spoken out on social media and in a press conference about the disappearance, asking for the public's help in locating her.

The body was discovered about a half-mile from the campground, reports the Union Tribune. The deceased woman was wearing clothing similar to what Estabrook was wearing when she was last seen, reports the paper.

Officials have reportedly not yet determined the woman's identity or cause of death.

Search and rescue teams combed a six mile area around the campground after the disappearance, reports the paper, but the terrain was challenging for crews.

"It's hilly, rocky, and there are a lot of ravines," San Diego sheriff's spokeswoman Jan Caldwell told the paper. "Our fear is that she fell down a hill and maybe injured herself."