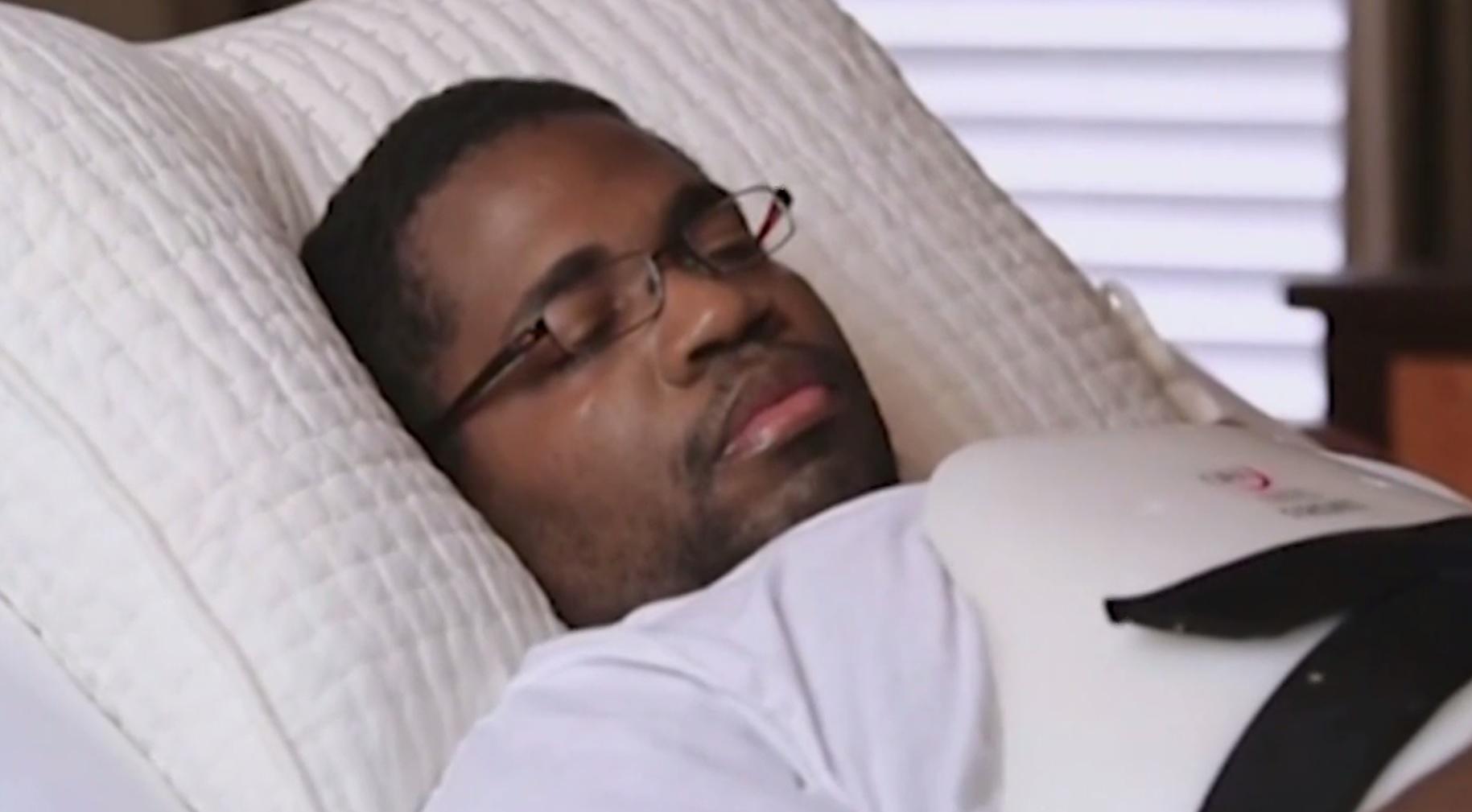 HOUSTON -- Houston police released dramatic bodycam video Thursday of the moments a suspected drunk driver swerved toward two police officers, forcing them to jump over the side of a highway, reports CBS affiliate KHOU-TV.

Officer Roshad Carter told KHOU he and Officer Carlos Herrera had stopped on July 28 to investigate an accident, when the vehicle came toward them.

"I hear a screeching of tires. Next thing I know, I hear an individual screaming. I turn around and there's a car right up on me," Carter told investigators. "Through the grace of God protecting over me, I jumped up… In an instant, as soon as I seen the headlights, I jumped in the air. The car hit me on my side. I was able to reach out to the concrete wall and propel myself over the concrete wall there."

"I'm falling and I'm thinking to myself, 'When am I gonna stop falling?'" Carter said. "I know if I would have froze still, the car would've ran me over, probably would've taken my life."

Carter suffered a broken back and other injuries. Herrera, who also jumped, was uninjured.

Bianca Bennett, 25, was arrested at the scene and charged with intoxicated assault.

Carter's mother, who broke down in tears while watching the video at Thursday's news conference, had a strong message for Bennett and all drunk drivers.