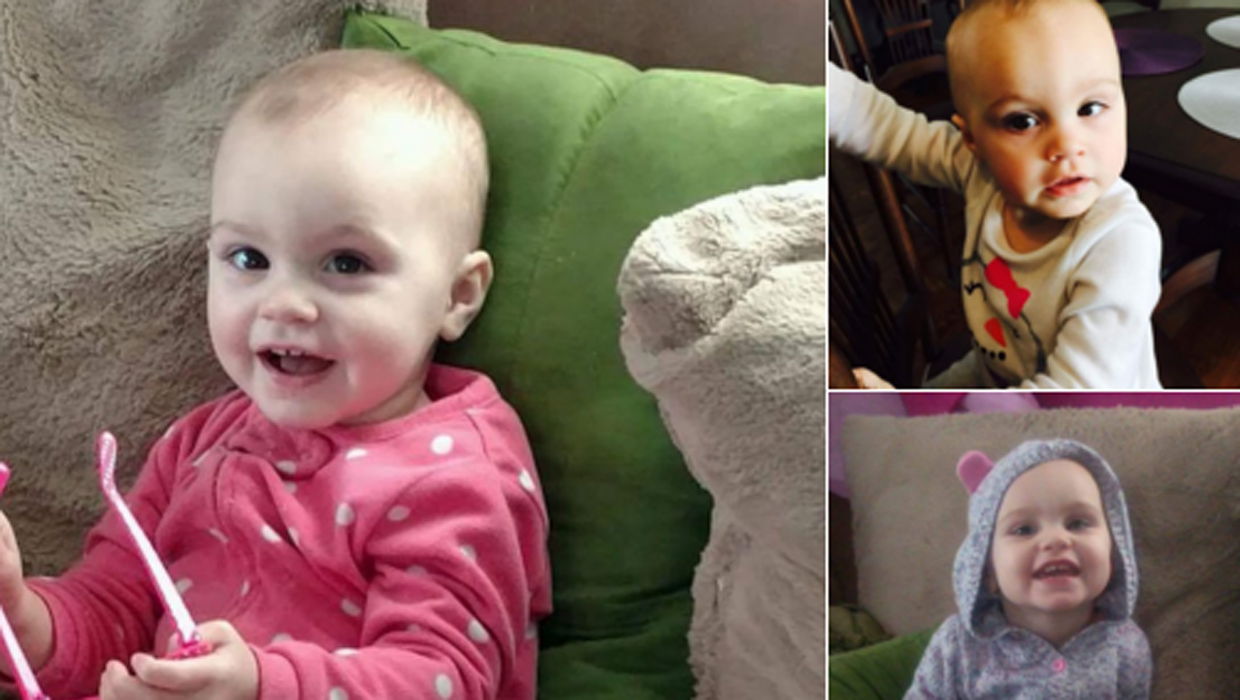 Authorities issued an Amber Alert for Maddox early Sunday after her father, Ryan Lawrence, disappeared with the 21-month-old girl Saturday night. He reportedly left a message indicating he may harm himself and possibly the child.

Ryan Lawrence was taken into custody near a thrift shop Monday afternoon in the village of Baldwinsville, 10 miles northwest of Syracuse, but the massive search for Maddox continued.

Police say Ryan Lawrence was supposed to pick up his wife, Morgan Lawrence, from work Saturday. Morgan Lawrence found the car with the keys still in the ignition and the family's Syracuse home empty, reports the station. Police said they didn't believe the two had left the area.

The station reports dive teams searched the Inner Harbor Tuesday. At 1o:54 a.m., a small raft was brought out into the water as helicopters hovered overhead. At 12:21 p.m., a body believed to be the girl was pulled from the water, the station reports.

Syracuse Police Chief Frank Fowler told the station there was an additional area in Tully police were considering searching for the missing child, but the bulk of the search Tuesday remained near the harbor. The FBI joined the Onondaga County Sheriff's Office and New York State Police in the search.

WTVH reported via Twitter that Ryan Lawrence was with law enforcement officials as they searched for his daughter.

A police press conference was planned for Tuesday, but it wasn't clear when.