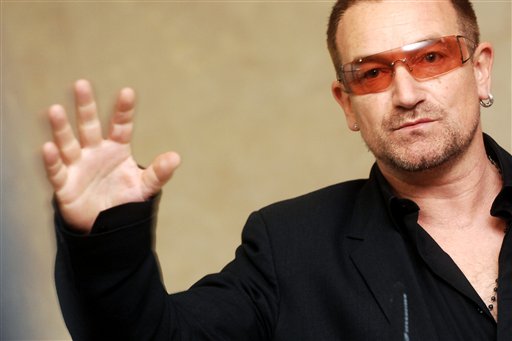 Knight was introduced to a raucous crowd of about 6,000 during a rally at United Spirit Arena Friday evening. The fans, who shouted "Bobby, Bobby," outnumbered most of the crowds that attended Red Raider home games this season.

Athletic director Gerald Myers presented Knight with a red sweater vest. He said he expected that the coach would don his trademark red sweater when the weather turned colder.

"This is without a doubt the most comfortable red sweater I've had in six years," said Knight, who was known for wearing sweaters while stalking the Indiana sideline during the last 29 seasons.

Knight's temper led to his firing from Indiana in September. He had coached the Hoosiers to three national titles.

After missing his first college season since 1963-64, Knight signed a five-year, $1.25 million deal with Tech. With other incentives, the salary comes to about $400,000 annually, Myers said.

Knight exhorted Tech fans to buy season tickets and "to raise a lot of hell" at games next year.

"What you folks have here, you've got a great university," Knight said. "I'm really happy to be a small part of this university."

He said he is giving $10,000 to the school's library because the library "is the heart and soul of the university."

He also said he was intent on delivering a team that the fans would enjoy watching. Tech already has a successful women's basketball program.

Tech President David Schmidly said he was looking for immediate improvement with the men.

"A year from now, when they start talking about Texas Tech, I think they're going to say we're the school where both the women and the men are champions," Schmidly said.

There are no behavior-related clauses in the contract, other than the standard requirements of all Tech employees, Myers said. Tech policy states that "cause for termination includes failure to perform duties, actions that are detrimental to the university, and any violation of university, Big 12 or NCAA rules."

The salary puts him a little behind other coaches in the Big 12 Conference, where the average package is $500,000. Some of the higher-profile programs pay much more: Larry Eustachy at Iowa State makes at least $900,000 in total compensation.

Myers said the hiring would give the Red Raiders instant national credibility.

"I think this is the beginning of something special," Myers said. "We've got the opportunitto make this program competitive at the highest level of college basketball."

Knight, 60, was the only serious candidate to replace James Dickey, even though about 100 of the university's 900 faculty members signed a petition advising against the move.

Indiana axed Knight for breaking a no-tolerance behavior policy imposed after a series of behavior problems. His list of outbursts is almost as long as his list of coaching accomplishments.

Knight's most infamous flare-up in a game was tossing a chair across a court. Years earlier, he was convicted for hitting a Puerto Rican policeman before a practice at the Pan American Games.

Other transgressions include kicking his son's leg during a game and allegedly choking a player in a practice. The final straw was when he grabbed the arm of a student who referred to the coach by his last name.

"The General" did not seriously consider any coaching jobs until this one. Tech officials first met with him early this month in Florida, four days before Dickey was fired.

With Myers pushing for the hiring of his longtime friend, the biggest hurdle was a school rule that prevented it from being completed until 10 business days after Dickey was dismissed.

Tech is counting on Knight to improve a program stuck in reverse since reaching the Sweet 16 five years ago. NCAA sanctions that cost nine scholarships over the last four years were part of the problem.

Knight whose programs have always followed NCAA rules and had high graduation rates should help the Red Raiders become more of a factor in the competitive Big 12, which sent five teams to the NCAA tournament.

"We've had a problem with NCAA penalties and that's set this institution back," Schmidly said. "We don't ever want to be on the wrong side of the NCAA rules again."

Lagging ticket sales has been another problem at the 2-year-old, $68 million United Spirit Arena. Tech's high-profile women's program consistently outdrew the men's team and has been far more popular. While that may change soon, Lady Raiders coach Marsha Sharp has endorsed the hiring of Knight.

Talk about Knight's hiring has led to a surge in interest for season tickets. And local clothing stores that carry Tech paraphernalia also have enjoyed a boost.

The store was planning to sell $12 red-and-black camouflage T-shirts at the arena Friday that read: "The General's Army: Serving to Protect the U-Knighted Spirit Arena."

Protecting their home court wasn't something the Red Raiders did particularly well this season. The team was 7-8 at home and finished 9-19 overall.

Overall, Knght has amassed a 763-289 career record while coaching at Army for six years and Indiana for 29. Besides three national championships, his record includes 11 Big Ten championships and an Olympic gold medal in 1984.

Tech administrators would like to see Knight surpass Smith while at Tech. The new Red Raiders coach already has begun recruiting.

He was in Hutchinson, Kan., Tuesday for the national junior college tournament, where two Tech signees were playing. And he called a Houston-area high school coach on Wednesday to let him know he wanted one of his players to visit Tech and hopes to sign him.

"We're getting one of the greatest basketball coaches of all time, and he is getting the opportunity to finish up what has already been a great career," Myers said. "Texas Tech will be a better place for hiring Bob Knight."