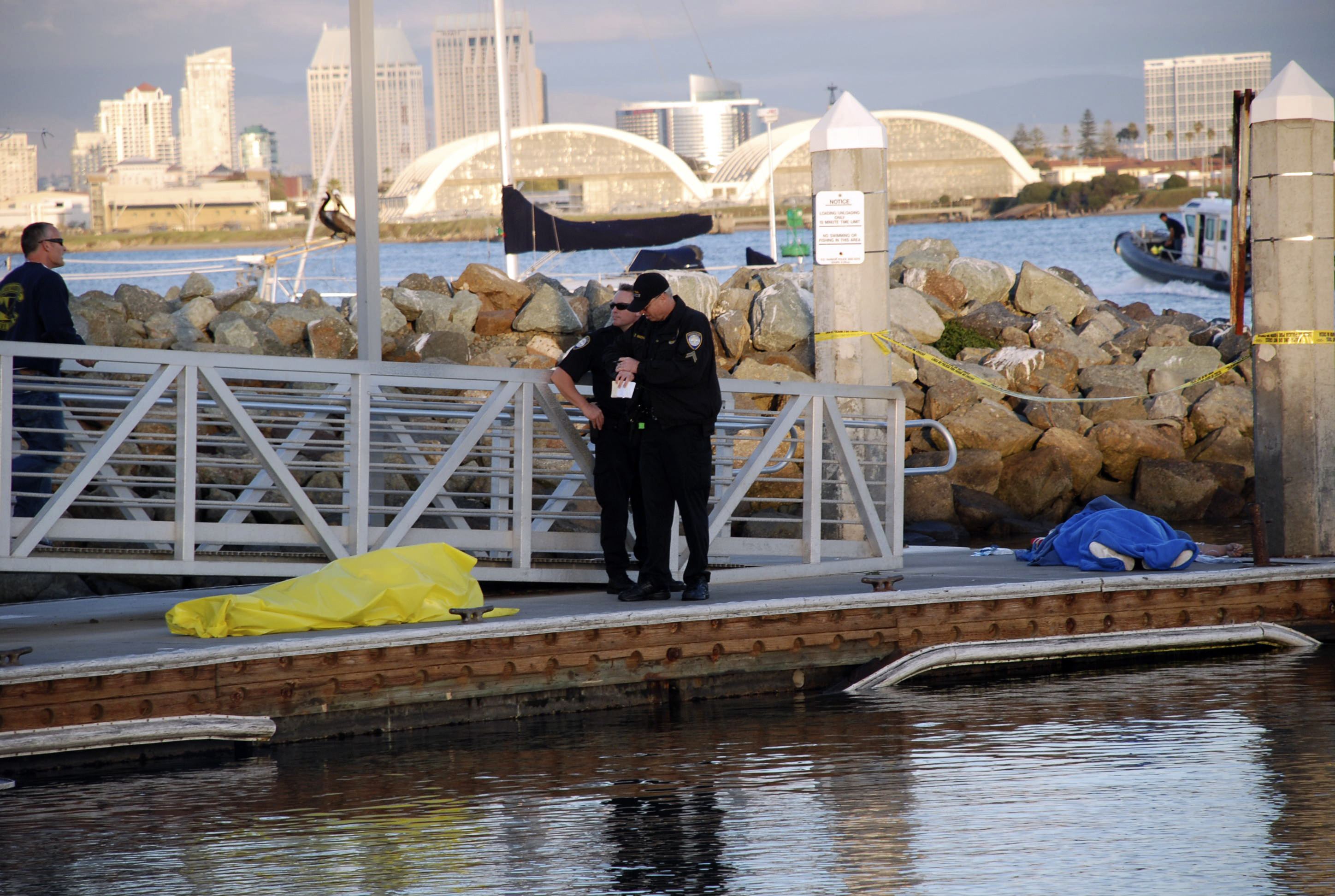 The boat flipped over for reasons that remained unclear near Shelter Island, sending all passengers into the water, San Diego Fire-Rescue spokesman Maurice Luque said.

Harbor police pulled all 10 from the water and took them to a boat dock where some 60 firefighters and paramedics were waiting. Two men in their 50s or 60s were declared dead at the scene and the other seven were taken to local hospitals. Two children were released from the hospital after being treated briefly.

Luque said none of the injuries were life-threatening or critical.

Most of those on board were members of an Asian family, and investigators had to bring in translators to speak to them, Luque said. He did not know what language they spoke. No victims' names were immediately released.

Harbor police were leading the investigation into the cause. The U.S. Coast Guard also responded to the scene.

Phone messages left for the Coast Guard were not immediately returned.