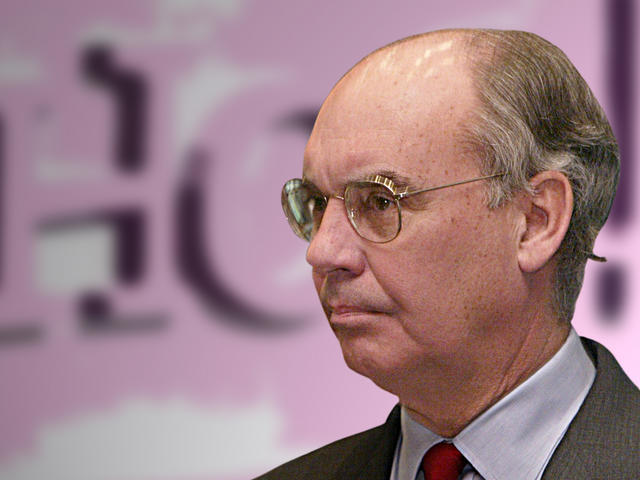 SUNNYVALE, Calif. - Yahoo Chairman Roy Bostock and three longtime board members are stepping down, fulfilling the wishes of many frustrated shareholders who believe the directors have been part of the problem that has dragged down the Internet company's revenue and stock price.

The shake-up announced Tuesday continues a drastic makeover of Yahoo's leadership during the past month.

After Yahoo (YHOO) hired former PayPal executive Scott Thompson as its CEO a few days into the new year, co-founder Jerry Yang resigned from the board and severed all other ties with the company, which he helped start in 1995.

Now Bostock is departing after four years as chairman. Many shareholders still blame him and Yang for squandering an opportunity to sell Yahoo to Microsoft Corp. in May 2008 for $47.5 billion, or $33 per share. Yahoo's stock hasn't traded above $20 in nearly 3 1/2 years. The shares closed Tuesday at $15.82, up by a penny.

In extended trading after the announcement, the stock fell 4 cents to $15.79.

In a move that will give Thompson an even cleaner slate as he tries to come up with a new strategy, Yahoo board members Vyomesh Joshi, Arthur Kern and Gary Wilson also agreed not to seek re-election at Yahoo's shareholders meeting this June. Kern, a former radio station owner, has been on Yahoo's board for more than 15 years. Wilson, a former airline executive, had been a director since 2001, and Joshi, a former Hewlett-Packard Co. executive, had been a director since 2005.

With the housecleaning, all Yahoo's directors will have been on the board for two years or fewer.

Bringing in new directors to work with Thompson will "provide Yahoo with the expertise and perspectives necessary to drive innovation and growth," Bostock wrote in a letter Tuesday announcing his plans.

Along with the mass exodus, Yahoo announced the appointment of two new directors: Alfred Amoroso, former CEO of Rovi Corp., and Maynard Webb Jr., a former eBay Inc. executive who most recently was CEO of LiveOps Inc.

Yahoo, which is based in Sunnyvale, Calif., said it is conducting a search for additional directors.