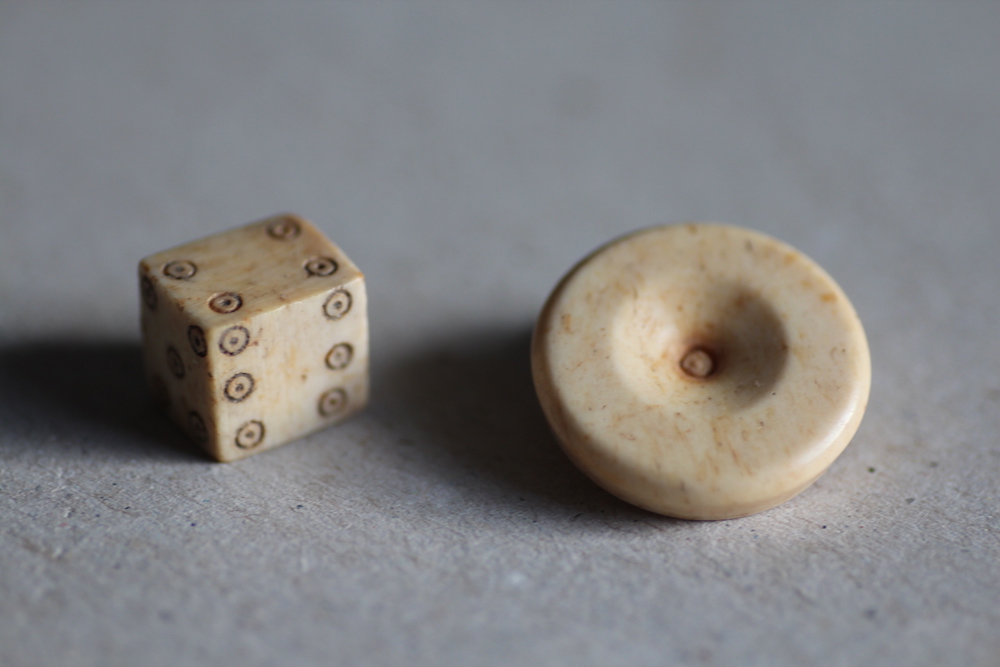 The remnants of ancient water wells, pearls and hairpins are proof that a group of villagers set up a settlement on top of a military fort in ancient Roman times.

About 1,900 years ago, a group of Roman soldiers lived in a fort in what is now Gernsheim, a German town located on the Rhine River about 31 miles (50 kilometers) south of Frankfurt. Shortly after the soldiers left the fort in about A.D. 120, another group of people moved in and built a village literally on top of the settlement, researchers found.

Archaeologists have known about the site itself since the 1800s, but the new finding sheds light on its inhabitants and what they did for fun. (An ancient die and game piece were among the discoveries.) [See Photos of the Dice and Artifacts Found in the Roman Village]

"We now know that from the first to the third century, an important villagelike settlement, or 'vicus,' must have existed here," dig leader Thomas Maurer, an archaeologist at the University of Frankfurt, said in a statement.

After excavating the fort last year, the researchers returned this summer to look for evidence of the Roman settlement. Their efforts paid off: They found relics of the village, part of it built on the foundations of the fort.

Excavation efforts, which began Aug. 3 and will last until early October, have already uncovered handfuls of artifacts. Researchers have found the well-preserved foundation of a stone building, fire pits, at least two wells and some cellar pits. They've also found ceramic shards, which they plan to date to get a better grasp of the village's active periods.

"We've also found real treasures, such as rare garment clasps, several pearls, parts of a board game (dice, playing pieces) and a hairpin made from bone and crowned with a female bust," Maurer said in the statement.

"A temporary downturn probably resulted when the troops left -- this is something we know from sites which have been studied more thoroughly," Maurer said. But the little village managed to prosper after the soldiers left, as stone buildings were built in the second century A.D., during the Pax Romana, a 206-year period with relatively few conflicts in the Roman Empire.

The inhabitants likely had Gallic-Germanic origins, but a few "true" Romans -- people with Roman citizenship who had moved from distant provinces -- lived there as well, the researchers said. They based this idea on several tidbits of evidence, including pieces of traditional dress and coins found there. One coin is from Bithynia, in northwest Anatolia (modern-day Turkey), which may have been a souvenir from someone's travels, they said.

The fort next door

The Roman fort once housed about 500 soldiers, who lived there between about A.D. 70 and 120, the researchers said. When the soldiers left, they dismantled the fort and filled in the ditches with dirt and everyday bric-a-brac, much to the delight of the archaeologists excavating the site.

It was "a stroke of luck," said Hans-Markus von Kaenel, a retired professor of archaeology at the Institute for Archaeological Sciences at Goethe University in Frankfurt. More than 50 papers have been published on the findings, which Von Kaenel, his colleagues and students have worked on for almost 20 years. [See Photos of the Roman Fort Discovered in Germany]

It may have even had a harbor, "and that wasn't really expected from this particular site." However, archaeologists have yet to confirm that during the present dig, Maurer said.

However, modern-day Gernsheim is a busy town, and its expansion threatens the Roman remains, the researchers said. This year, they are excavating a 717-square-yard (600 square meters) area -- about the size of two Olympic-size swimming pools.