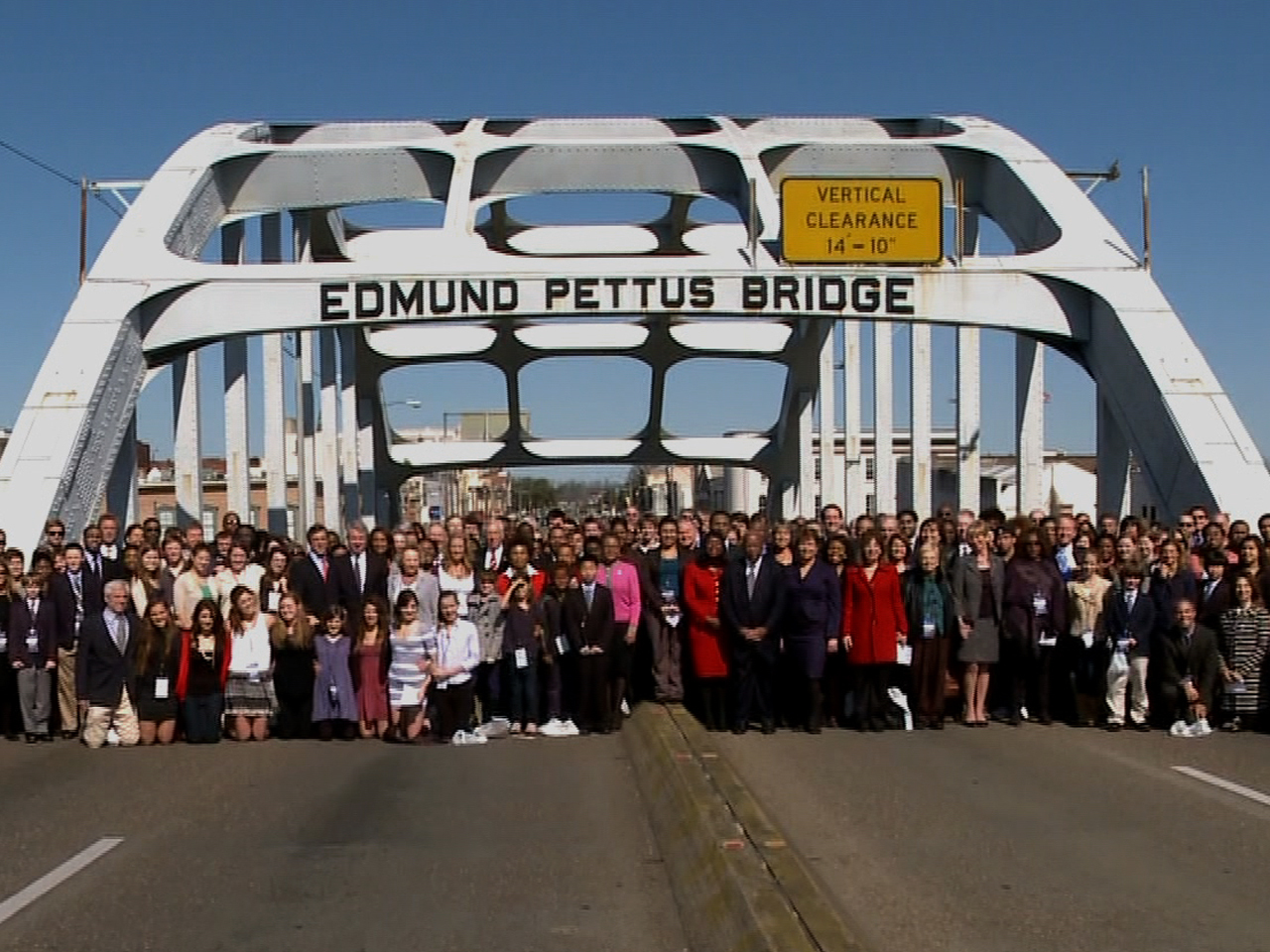 (CBS News) On Sunday, people gathered on Selma's Edmund Pettus Bridge to remember the 47th anniversary of Bloody Sunday - a brutal showdown there between protestors and police.

In 1965, the tiny Alabama town of Selma was the focus of a voting rights campaign that met with great local hostility. On March 7, 1965, it exploded into state-sanctioned violence when protesters tried to march from Selma to the state capitol at Montgomery.

John Lewis was then just 22. A follower of Dr. Martin Luther King, Lewis was one of the two leaders of the march that fateful Sunday. He was beaten, trampled and tear-gassed when Alabama State troopers charged the marchers at the foot of the Edmund Pettus Bridge.

Rep. Lewis, D-Ga., now a long-serving member of Congress, was back on the bridge this past weekend. He's older now, but still determined.

"It's important for those that were not even born, not even a dream, to look what happened, know the price that was paid," Lewis said. "The only thing I did, I gave a little blood that day."

For the past 12 years, Lewis has been dedicated to making sure America - and particularly the nation's lawmakers - never forget the civil rights struggle. He leads a bipartisan annual pilgrimage for members of Congress to Selma, where the march on Montgomery grew out of a murderous act of violence in nearby Marion.

Senior White House correspondent Bill Plante, who covered the civil rights movement, reported in 1965 on the Marion shooting, "We were among the few newsmen who arrived early enough before the troopers began holding off the press. We were told to stay in one spot on the sidewalk across the street from the church. One negro was shot in the stomach he is in critical condition. He says that he thinks the trooper shot him."

The man referred to in that report was Jimmie Lee Johnson. He died eight days after he was shot. His death was the spark that set off the idea for the march on Montgomery.

Plante returned to Selma on Sunday. He shared the report in the player above.

On "CBS This Morning," Plante said he had difficulty keeping his views out of the coverage. "Nothing I have covered in 48 years at CBS News has been as difficult as that to keep myself out of," he said. "Because, the constitution says everybody can vote."