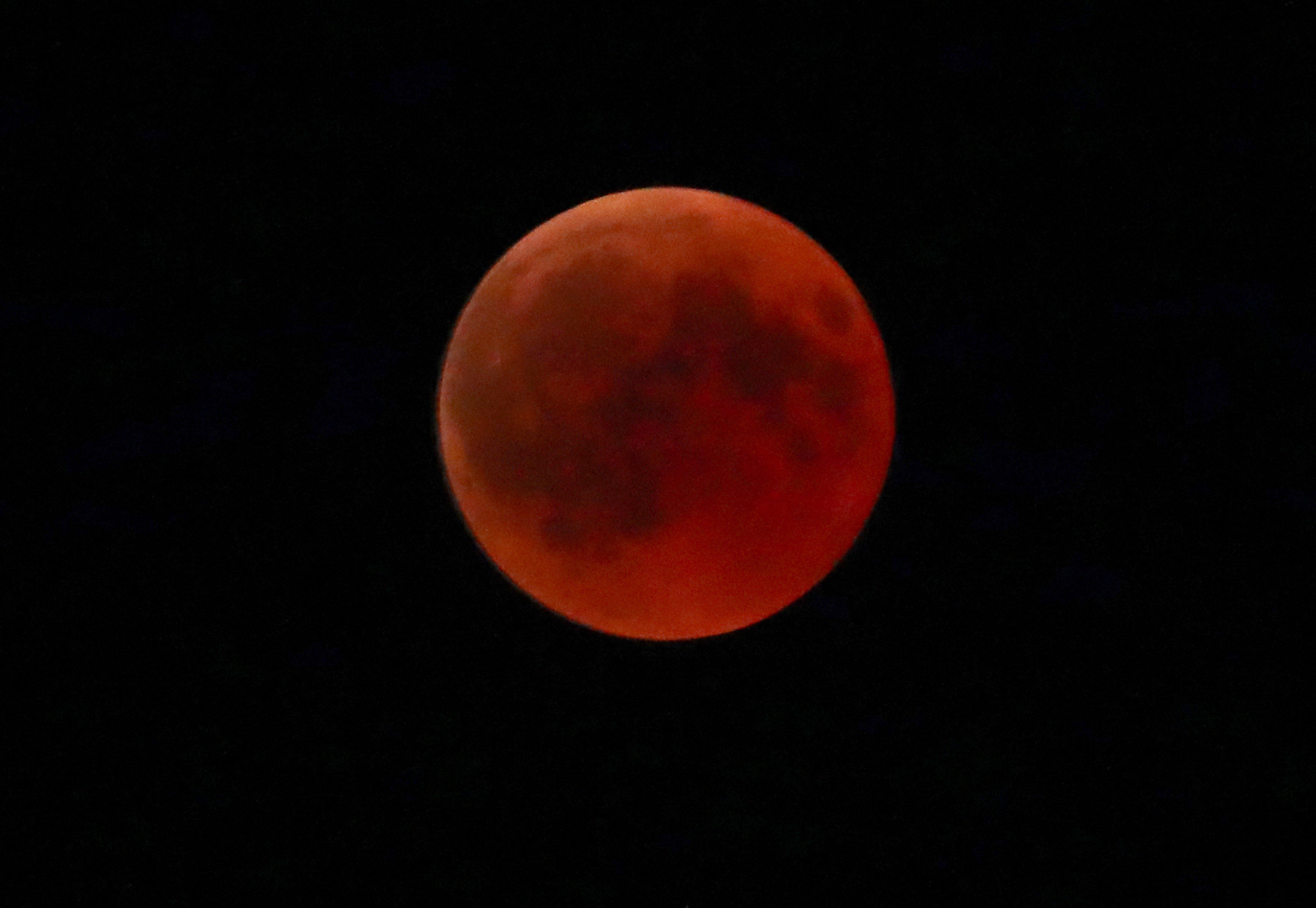 ROME -- Most of the world got to see a spectacular event in the sky Friday. The moon turned "blood red" in a total lunar eclipse for an hour and 43 minutes -- the longest of the century.

A lunar eclipse occurs when the Earth passes between the sun and the moon, casting a deep shadow over the moon's surface. It wasn't visible in the U.S., but it could be seen from places like South America, Africa, the Middle East and Central Asia.

In Rome, amateur photographers wanted to capture every minute.

"It's spectacular, I don't think I'll see again anything like this in my life," said Marco Carulli.

With no regards for borders, spectators gazed at the same moon in Gaza, Israel and Egypt. Folks peered through telescopes in Johannesburg, and saw a brilliant show in the sky over Jakarta.

Of the 7.4 billion people on Earth, about 7 billion people could -- in theory -- see the eclipse, except for those in North America and Greenland, where time of day didn't allow.

For those who couldn't see it so well, NASA put out a sort of "highlights" reel to appropriate music.

The ancient Inca were said to have believed a red moon meant it had been mauled by a jaguar, and the Mesopotamians thought it was a warning their king would be attacked.

But it's science -- orbiting planets in perfect alignment. That's less whimsical, perhaps, but no doubt, spectacular.