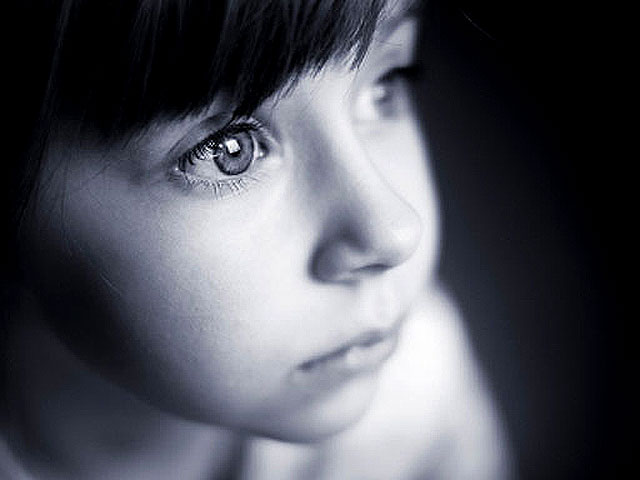 When and why children blink may provide researchers some important clues about how children with autism process and take in information.

Although it may not feel like it, blinking interrupts what we are watching. If a story or scene is engrossing, we can keep our eyes peeled. This is called blink inhibition. There are key differences between toddlers with and without autism spectrum disorder and when they blink their eyes.

The new finding appears in the Proceedings of the National Academy of Sciences.

The CDC states that one in 110 children in the U.S. has an autism spectrum disorder. This is a range of developmental disorders that affect the ability to communicate and relate to others.

In the new study, 2-year-olds with or without autism watched a video of a boy and girl playing. The video included physical movements as well as children interacting with each other. For the typical children, the rate of blinking decreased more when watching the emotional part than during physical movements. This pattern was reversed among children with autism.

"When we blink and when we don't can actually index how engaged people are with what we're looking at, and how important they perceive that thing to be," says Warren Jones, PhD. He is the director of research at the Marcus Autism Center at Emory University School of Medicine in Atlanta.

Children without autism seem to be able to anticipate what is coming next based on facial expressions and wordplay. This is not the case among children with autism. "Without understanding the social context in which actions happen, children with autism may often be reacting, after the fact, to physical events that have already happened," Jones says in an email.

Autism experts are excited about the implications of the study.

"This is a very well-done study that demonstrates the unique patterns of social attention in autism," says Thomas Frazier II, PhD. He is the director of research at the Cleveland Clinic Children's Hospital Center for Autism.

"In fact, if replicated, this information may become useful for developing earlier and more objective diagnostic tools," he says in an email.

Geraldine Dawson, PhD, is the chief science officer for Autism Speaks, an autism advocacy and science group. She says the findings may help researchers develop effective therapies. "This is the first study to my knowledge that has used blinking to assess how engaged a child is with what he or she is viewing," she says.

"These results suggest that therapy should focus on helping the child to become more emotionally engaged with the social world and to learn that people are important and rewarding," Dawson says in an email. "The hope is that, as a result of therapy, the young child with autism will show higher levels of attention."

What's more, blinking rate could provide a way to measure social engagement, she says. This "could be used in clinical trials that are testing treatments that aim to increase the child's interest and engagement with the social world."