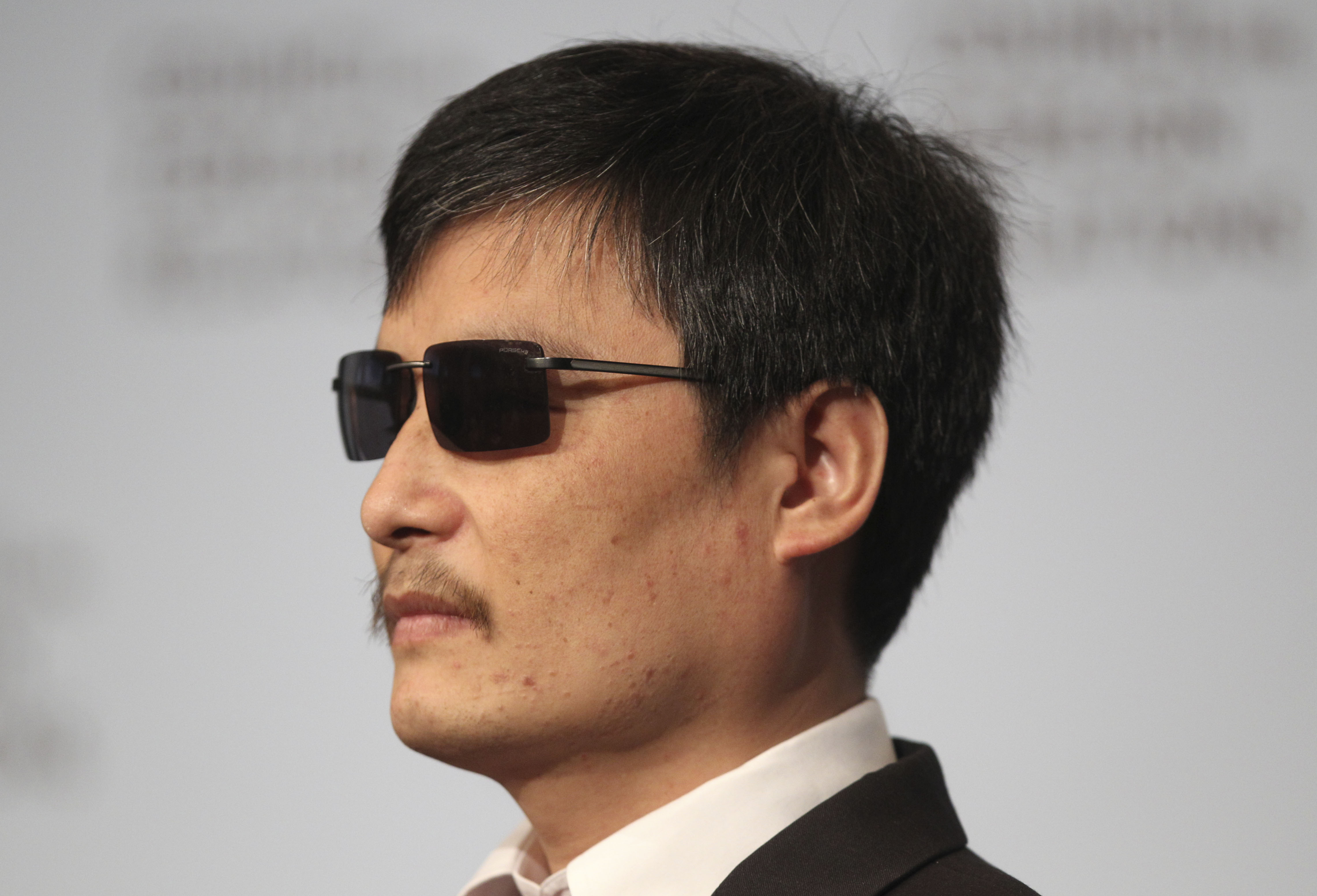 BEIJING Chinese dissident Chen Guangcheng, who was allowed to travel to the U.S. after escaping from house arrest, said Monday that New York University is forcing him and his family to leave at the end of this month because of pressure from the Chinese government. The university denied Chen's allegations.

Chen said in a statement that China's Communist Party had been applying "great, unrelenting pressure" on NYU to ask him to leave, though he did not provide details or evidence to back his claim. Chen said Beijing's authoritarian government has more influence on the American academic community than is perceived.

"The work of the Chinese Communists within academic circles in the United States is far greater than what people imagine, and some scholars have no option but to hold themselves back," he said. "Academic independence and academic freedom in the United States are being greatly threatened by a totalitarian regime."

NYU officials called Chen's account puzzling, saying that his fellowship was meant to be a one-year position and had simply concluded as planned, and that school officials have been talking with him for months about what his next step might be.

An offiicial from China's Foreign Ministry rejected the claims by Chen on Monday morning, telling CBS News' Shannon Van Sant they weren't sure "whether the information you got is wrong, or whether Chen Guangcheng is fabricating something."

Chen sparked a diplomatic crisis between China and the U.S. last year when he fled to the U.S. Embassy in Beijing from house arrest. Since last May, he'd been a special student at NYU's U.S.-Asia Law institute. He has been working on a book due out later this year.

NYU spokesman John Beckman said in a statement Monday that the conclusion of Chen's fellowship had nothing to do with the Chinese government.

"We are very discouraged to learn of Mr. Chen's statement, which contains a number of speculations about the role of the Chinese government in NYU's decision-making that are both false and contradicted by the well-established facts," Beckman said.

Beckman said, that even before Chen's family's arrival in the States, the fellowship he was to take at the university was discussed as a one-year position.

"NYU believes it has been generous in supporting this family, and we are puzzled and saddened to see these false claims directed at us," Beckman said.

The dissident said that, as early as last August and September, three to four months after his family had arrived in the United States, NYU was already discussing their departure.

Beckman responded that the university began talking to the Chens "not because of some fictional 'pressure' from China, but so that they could use the months to make their transition a smooth one."

NYU said Chen has two offers for new institutional affiliations. Earlier, a spokesman for New York-based Fordham University confirmed that Chen was negotiating with Fordham Law School's Leitner Center but said he didn't know what kind of position was being discussed.

The incident has highlighted the potential public relations benefits and risks that American universities face in engaging Chinese dissidents at a time when many are trying to expand in China and Chinese students are an increasingly important source of tuition income for colleges.

Chinese students form the largest population of foreign students at American universities, with nearly 200,000 this year, up 25 percent since last year -- and they often pay full tuition.

NYU raised its profile and earned itself goodwill by offering a fellowship to Chen as a solution to last year's diplomatic crisis. Beckman said the university provided housing, food, health care and insurance, special law tutorials, translation services, English lessons and connections to a publisher. To help him pursue his advocacy, Chen was also invited to speak at many events facilitated by the school, Beckman said.

NYU has said that its new campus in China's financial capital will be a degree-granting, liberal arts and science college, with classes scheduled to begin this fall. Its partners are a Chinese university, the Shanghai city education commission and the government of the city's Pudong district.

Bob Fu, a U.S.-based rights activist and one of Chen's key supporters, said U.S. academic institutions may shun outspoken Chinese dissidents on their own initiative due to growing economic interest in China. But, he said, in doing so they risk hurting their reputations as being havens for free speech that make them attractive to young Chinese who don't experience those and other freedoms at home.

"U.S. universities are out chasing the China dollar and are very reluctant to work with dissidents who have a strong voice in China," said Fu, president of the Texas-based rights group ChinaAid. "It does not always have to be direct pressure from Beijing; there is also self- censorship, particularly if a college president believes their China campus or the future enrollment of Chinese students will be sabotaged."