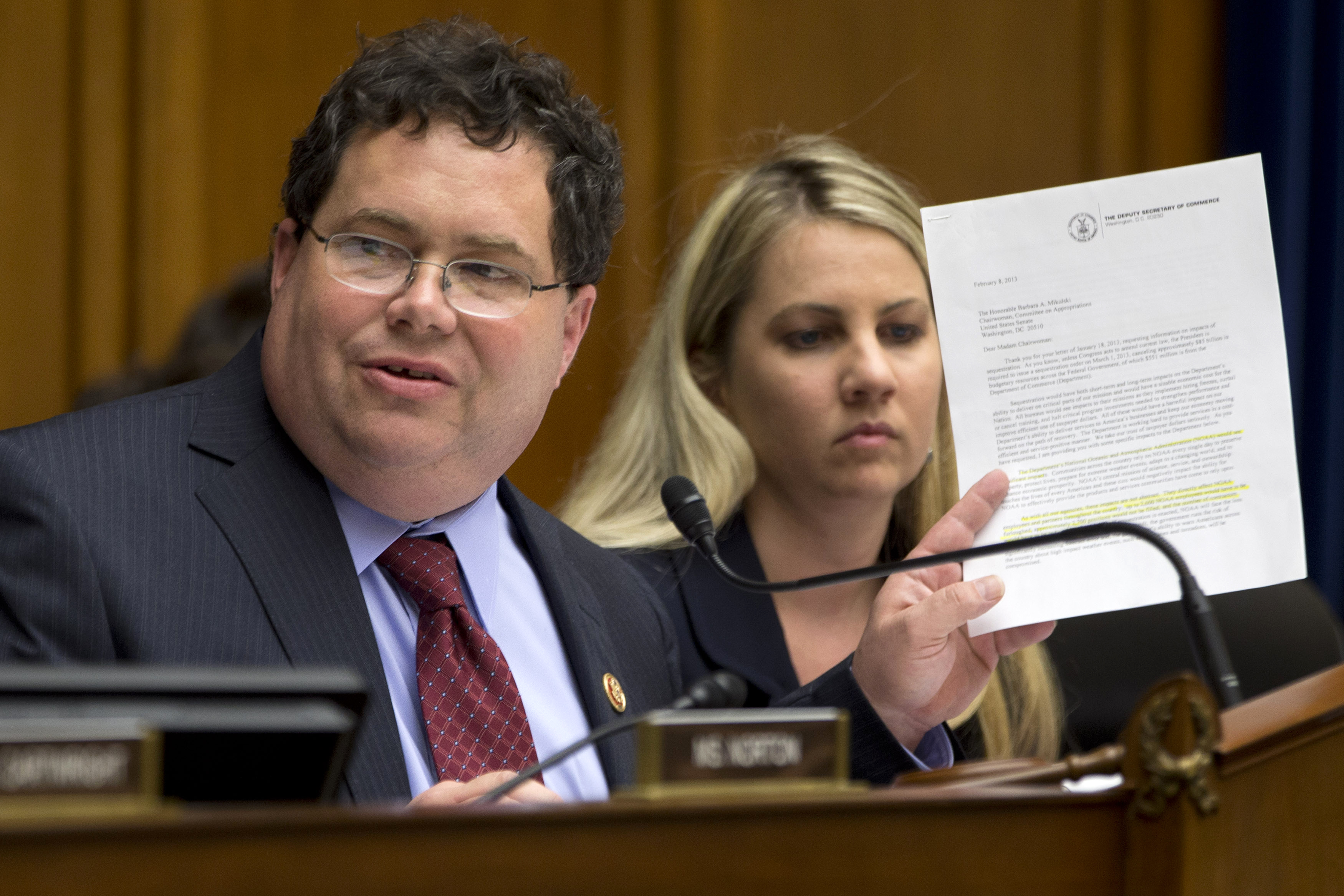 Rep. Blake Farenthold is the only sitting House member since 2013 to have used the congressional Office of Compliance account to pay for a sexual harassment claim, in which $84,000 was paid out, CBS News confirmed Friday.

The House Administration Committee revealed Friday that only one sexual harassment claim has been paid through the taxpayer-funded account since 2013. Politico was the first to identify him.

The information was disclosed as part of the panel's investigation into details of settlements and awards from the Office of Compliance. So far, the office has shared information with the committee that's from 2013.

According to Politico, Farenthold's former communications director, Lauren Greene, sued her boss in December 2014 over allegations of sexual harassment, gender discrimination and creating a hostile work environment. At the time of the settlement, Greene's attorney, Les Alderman, confirmed in a statement that both parties had reached a deal to save taxpayer dollars.

AshLee Strong, spokesperson for Speaker of the House Paul Ryan, said, "The speaker talked to Rep. Farenthold earlier today. The speaker has made clear any report of sexual harassment is deeply troubling, and those who feel mistreated or violated deserve to have their stories taken seriously. In this instance, the independent Office of Congressional Ethics investigated this claim and unanimously voted to dismiss it. Still, there are important questions to answer, including the use of taxpayer dollars for settlements. We will continue our efforts to reform this settlement system."

The chairman of the House Administration Committee, Rep. Gregg Harper, R-Mississippi, asked the Office of Compliance for a breakdown of the $17 million that has been paid out for any claims of violations of the Congressional Accountability Act

Since he took over as chairman of the panel in January, Harper said Wednesday that he has not seen a "single settlement" come to his desk. Harper said that committee members are aware that since the inception of the Accountability Act, from 1997 to the present, total number of settlements have totaled $17 million on more than 260 claims. But the payouts include a large number of anthrax claims from 2002 and a large number of asbestos claims from 2007.

"What we don't have and we're trying to get is a breakdown on how many of those claims are member sexual harassment," Harper said. "I think that's a fair question."

On Wednesday, the House adopted a resolution that requires educating members and staff on appropriate and inappropriate behavior and will also cover interns, paid and unpaid. The House Administration Committee will hold a hearing on the Congressional Accountability Act on Dec. 7.

What is a "billionaire's tax," and how would it work?
Rebecca Shabad