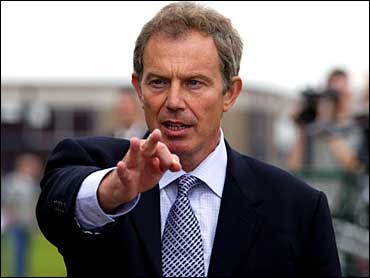 Britain’s firefighters are absolutely furious with the British Government. And vice versa. Right now we’re slap bang in the middle of a power struggle between one trade union representing popular public servants who want better pay, and a popular Labour Party Government who won’t pay up. The trouble with this sort of power struggle is that the public become pawns.

It’s our safety at stake. It’s real lives that firefighters are employed to save. And they do it well, as well as New York’s firefighters did on 9/11. In other words there’s a lot of public goodwill as well as a lot of public anxiety. Our firefighters want a 40 per cent pay hike. The Government’s offering eleven – over two years. The money gap is big. But the ideology gap is a heck of a lot bigger. Tony Blair’s Government wants to keep the lid on public spending. He’s determined not to budge. And firefighters don’t like striking. They haven’t walked out on their jobs for a quarter of a century. But they’re no soft touch either. Today, at the start of a series of strikes, most folk back the men and women who brave the flames.

However, if there were serious loss of life because of a disastrous fire, would we change our minds? That’s the gamble of this power struggle, for both sides. And there’s another twist that affects you too. The only fire service available in Britain now is on standby from the British armed forces. Thousands of them are deployed around the country, rather than in their ships, planes and tanks. So we ain’t going to war in Iraq with a firefighters strike here at home. That’s fact.