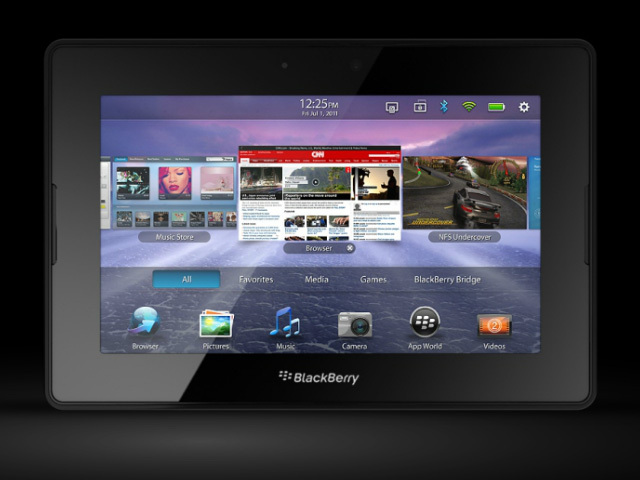 (CBS) - Get your camping gear ready, CrackBerry fans. The office retail chain Staples is lowering the price of Research in Motion's BlackBerry PlayBook to $199.

The 7-inch 16GB model of the tablet retails for $499, but Staples is taking $300 off the retail price. It's a no-brainer for BlackBerry enthusiasts or someone who wants to try out a tablet at a lower cost. Go buy the thing.

PC World's Ian Paul made the observation that Best Buy will not be offering the same deal. A reportedly leaked Best Buy Black Friday 2011 circular did not show the BlackBerry PlayBook on its roster of doorbuster deals.

The competition in the tablet market has gotten fierce with the launch of the Kindle Fireand Nook Tablet, retailing at $199 and $249 respectively. Keep in mind, however, the BlackBerry PlayBook was designed to compete with the iPad, not mini-tablets. Meaning, its specs are pretty impressive for a 7-inch tablet.

On the flip-side, sales for the PlayBook has stalled because there aren't as many apps designed for the tablet as, say, the iPad. You get BlackBerry Messenger exclusively, along with Facebook and Twitter, but there isn't the same buzz over new apps as there is with the Apple App Store.

If you can stomach the lines and potential stampede, it's a fantastic deal. As far as we know, the sale is in-store only, so don't expect the sale to carry over into Cyber Monday.