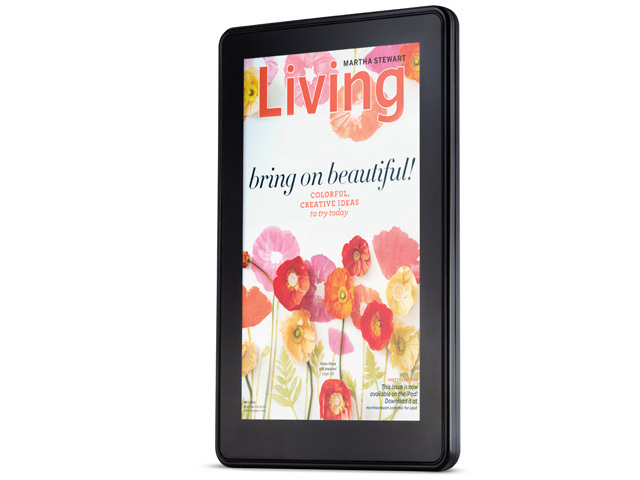 (CBS) - The reviews are out today for the Kindle Fire, but is Amazon's team is cooling the heat from mixed evaluations by releasing the tablet a day early?

"The wait is over. Kindle Fire begins shipping today!" the online retail giant announced unexpectedly via Twitter this morning. FYI, the mini-tablet was set to ship tomorrow. Now that it's here, what are people saying about it?

There are a few unenthusiastic reviews amid more positive responses, but the message is clear that the Kindle Fire is not an iPad killer. What is ever meant to be, though? It's pretty obvious that comparing the Kindle Fire to the iPad is like comparing a Mercedes Benz C-Sedan with the fancier and more expensive SL-Class. They're both great products that are built for different budgets.

Wired is not impressed

"iPad killer? No, the Kindle Fire is not. And it doesn't even match the iPad in web browsing, the one area in which its hardware should have sufficient performance to compete," said Wired's Jon Phillips, expressing his disdain for the comparisons between iPad and Kindle Fire. We don't blame him, however, should we be comparing a tablet with what's now being called a mini-tablet?

CNET thinks it's a good value

"The Kindle Fire is not the best tablet I've seen this year, but I have to give credit to Amazon for seeing something that no other manufacturer - not even Apple - was able to grasp. When you look at the gap between what tablets are capable of doing, and what people actually use them for, you'll find that most people just want to be entertained," said CNET's Donald Bell, who acknowledges the lack of tech specs that have been compromised for the sake of affordability.

David Pogue of the New York Times hit the nail on the head when he said the mini-tablet is "a cross between a Kindle and an iPad, a more compact Internet and video viewer at a great price." While he sees the value of a low-cost tablet, he continues to say, "it needs a lot more polish; if you're used to an iPad or 'real' Android tablet, its software gremlins will drive you nuts."

In a reminder that Amazon is ultimately a business, Engadget's Tim Stevens says the mini-tablet is one big retail window for the company.

"Kindle Fire is great value and perhaps the best, tightest integration of digital content acquisition into a mobile device that we've yet seen," said Stevens. "Instead of having a standalone shopping app the entire tablet is a store - a 7-inch window sold at a cut-rate price through which users can look onto a sea of premium content. It isn't a perfect experience, but if nothing else it's a promising look into the future of retail commerce."

The reviews are thoughtfully mixed, but we think the message is clear. The Kindle Fire is not an iPad killer, but the price is right for anyone who wants to entry-level tablet.