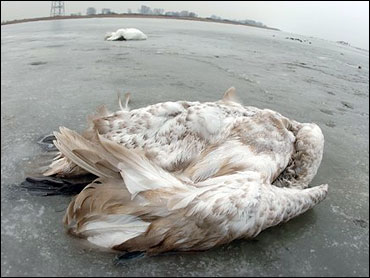 European Union veterinary experts on Wednesday backed plans to boost surveillance of migratory birds and stricter bans on imports as officials scrambled to find ways to curb the spread of deadly bird flu in Europe.

With Austria and Germany saying wild birds in their countries tested positive for deadly H5N1, the European Commission approved more than $2.26 million for surveillance programs and added testing to ensure early detection of bird flu outbreaks.

The panel of veterinary experts also backed plans to suspend the import of untreated feathers from all non-EU countries.

"The aim of these national surveillance programs is to provide early detection of cases of avian influenza, particularly in wild birds and poultry in the European Union," said EU spokesman Philip Tod.