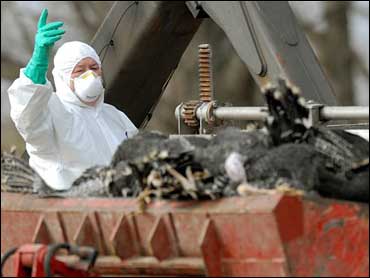 Tests confirmed that a wild swan found dead in Scotland carried the H5N1 strain of bird flu, and 14 other birds were being tested for the disease, British government officials said Thursday.

The case is Britain's first confirmation of H5N1 in a wild bird. The deadly virus has not been found in domestic British poultry.

Twelve swans and two other wild birds also were being tested, Milne told a news conference. He said there was "no indication that any of these are positive" yet.

Among them are two swans found dead in the Scottish city of Glasgow, 400 miles north of London, the city's council said.