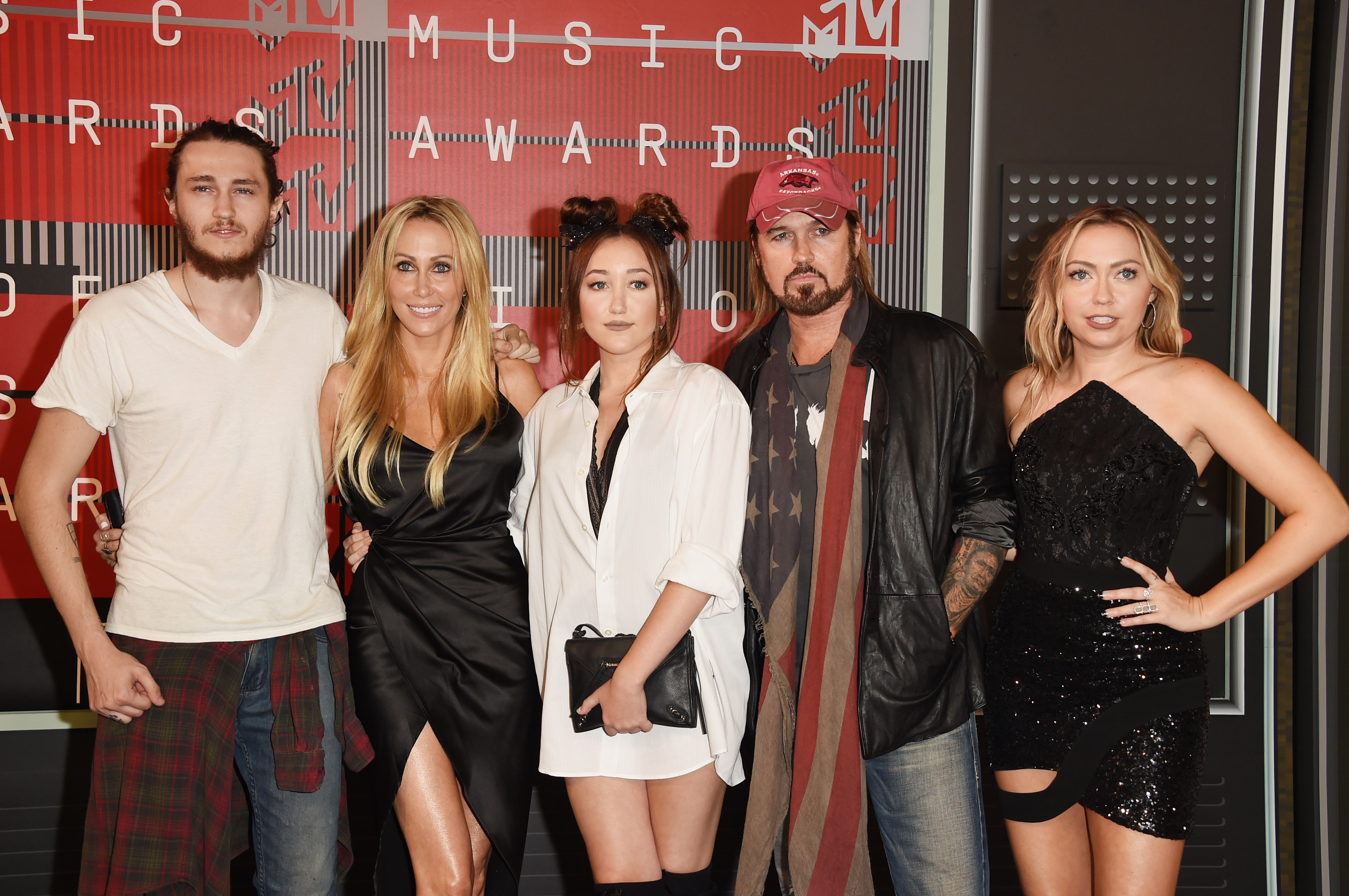 "What do her parents think?" wondered viewers at home who saw Miley Cyrus changing from one barely-there costume to another, until finally, she exposed her breast on air at the 2015 MTV Video Music Awards.

Billy Ray Cyrus has finally given an answer to that question. Miley's dad told E!"We've always been very open-minded. Listen, it's all about love and light. Forget the negativity and the haters."

He also implied that his daughter is a role model.

"She's rocking and rolling and having a good time," he said. "What the world needs is love. There's too much hate ... The world needs positive influences."

And Billy Ray is going to support her no matter what antics she has up her sleeve.

"Even when she was a little girl, we told her, 'Hey, baby, do what you do and have fun doing it. Do it because you love it, not because you have to,'" he told E! "Seeing her happy is the greatest thing ever."

No matter -- Miley definitely isn't letting the haters get her down. Her album site crashed on Sunday night after she announced she was releasing her new, free album "Miley Cyrus and Her Dead Petz" at the VMAs.