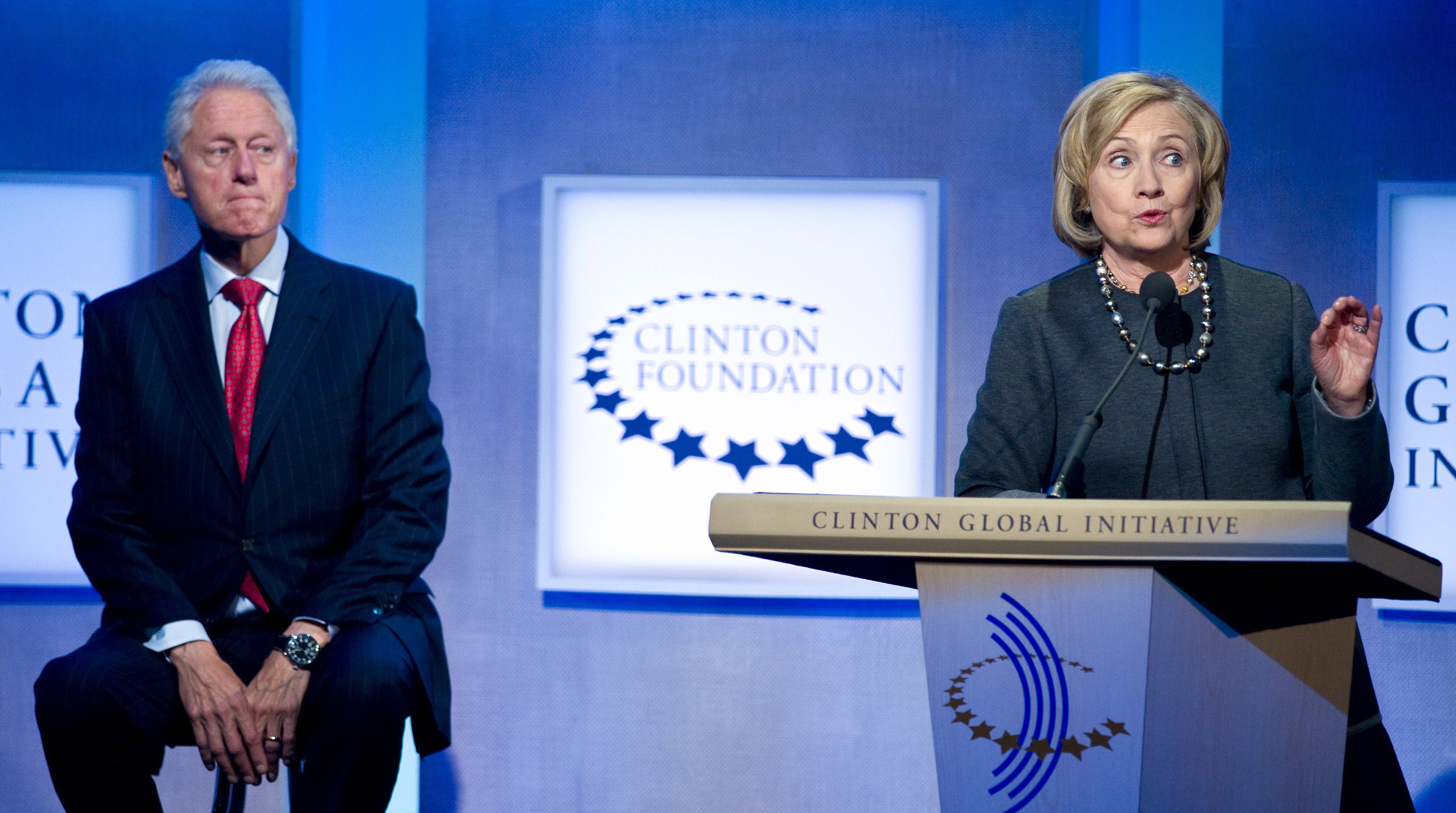 Bill and Hillary Clinton publicly backed President Obama's strategy to degrade and destroy Islamic militants in Syria and Iraq on Wednesday, throwing their voices behind the president as he works to corral support at home and abroad for his mission.

In separate appearances on CNN, the former president and his wife, a former secretary of state, both underscored the danger posed by the Islamic State of Iraq and Syria (ISIS) and said the president was right to target militants with airstrikes and support local partners fighting against them on the ground.

Mr. Clinton said the threat posed by the group is "quite significant."

"It certainly threatens to change the whole landscape in the Middle East, redraw national boundaries, crash national governments and we know they're killing a lot of innocent people who don't agree with them," he said.

While he warned that success "is not guaranteed," he suggested the president was right to empower Iraqi and Syrian forces fighting against ISIS instead of deploying American troops in combat roles.

"What [ISIS] was trying to do was to sucker us into putting a lot of soldiers on the ground," he said. "I personally believe the way they have thought this through and planned it and limited our involvement, avoids ISIS achieving their objective of suckering us into their fight."

"This strategy that the president has adopted has a chance to succeed, because it recognizes that in this case the Iraqis and Syrians have to fight for their own country," he said.

The president had already authorized airstrikes against ISIS in Iraq, but he expanded those strikes to target militants in Syria this week, acting in concert with Arab allies to bombard ISIS from above.

As Mr. Obama's secretary of state, Mrs. Clinton pushed the administration to arm those rebel groups earlier, but she ultimately lost that debate. Mr. Clinton suggested Wednesday that his wife was correct at the time.

"I agree with her, and I would have taken the chance," he said.

Mrs. Clinton has acknowledged her disagreement with the administration's decision not to arm the rebels earlier, and she seemed to nod at her dissent on Wednesday.

"It's something the president is right to bring the world's attention to and say, whatever the debates might have been before, this is a threat to the region and beyond," she said.

But she also acknowledged that earlier action may not have made a difference.

"I can't sit here today and tell you if we had done what I had recommended we would be in a very different position," she said. "I just can't. You can't go and prove a negative."

"What I do believe is the situation now is demanding a response and we're seeing a very robust response," she added.