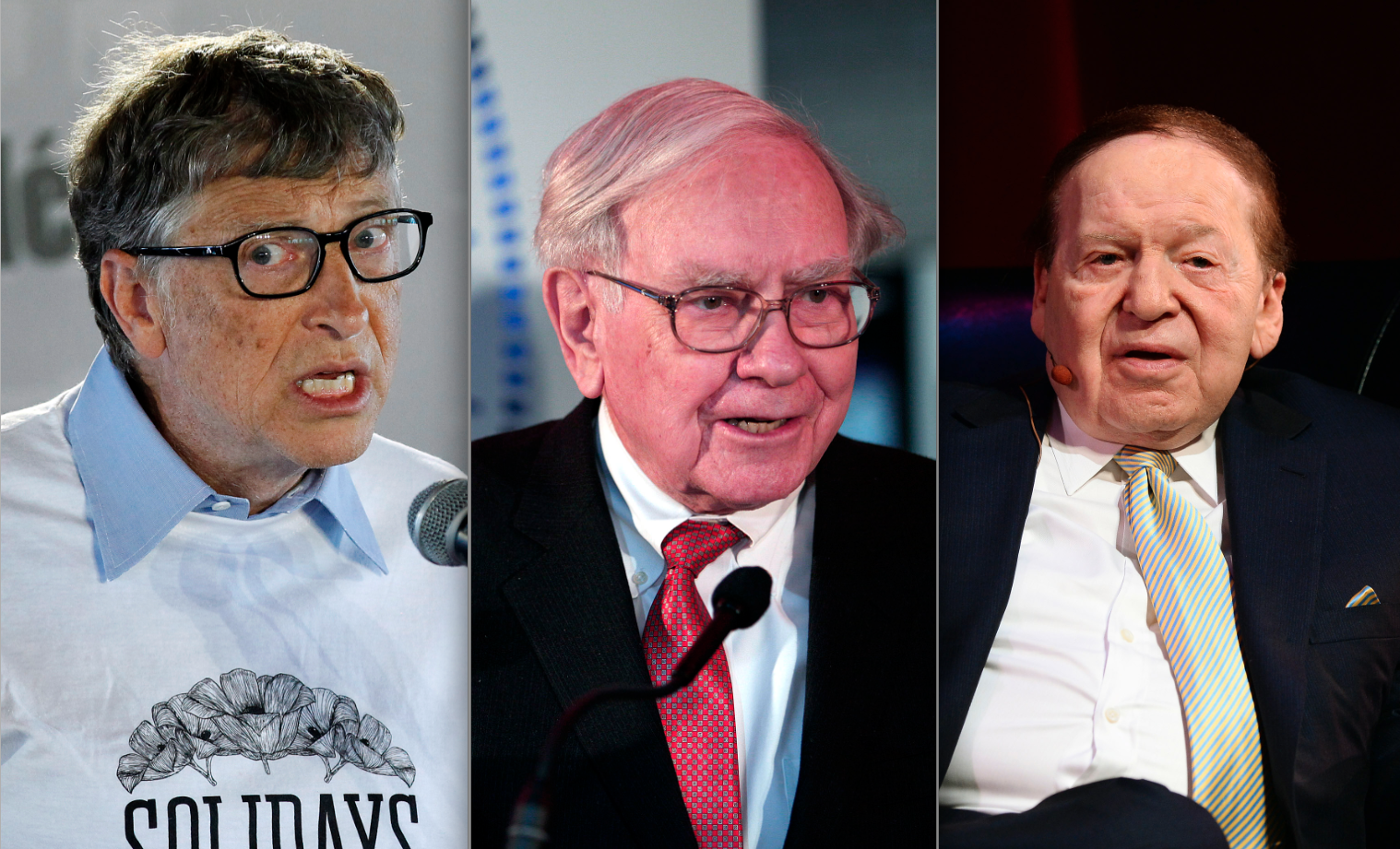 "The three of us vary in our politics and would differ also in our preferences about the details of an immigration reform bill. But we could without doubt come together to draft a bill acceptable to each of us," they wrote in an op-ed in The New York Times. "We hope that fact holds a lesson: You don't have to agree on everything in order to cooperate on matters about which you are reasonably close to agreement. It's time that this brand of thinking finds its way to Washington."

Gates and Buffett are generally considered more progressive - Buffett supported President Obama's reelection in 2012, and both men have previously advocated for comprehensive immigration reform. But Adelson's decision to throw his voice behind the effort might surprise some -- he's been a longtime financier of conservative causes and was the single biggest spender on behalf of the Republican candidates in the 2012 elections.

Adelson's support for an overhaul, though, puts him right in line with the broader business community, which has broken from some elements of the Republican coalition to push immigration reform.

The business lobby is particularly keen on increasing the flow of highly-skilled immigrants to America and making it easier for foreign kids who go to college here to stay and apply their talents. Gates, Buffett, and Adelson nodded at the latter proposal in their op-ed.

"We believe it borders on insanity to train intelligent and motivated people in our universities -- often subsidizing their education -- and then to deport them when they graduate," they wrote. "Many of these people, of course, want to return to their home country -- and that's fine. But for those who wish to stay and work in computer science or technology, fields badly in need of their services, let's roll out the welcome mat."

They called for a reform and expansion of the "investor visa" program to provide residency, and possibly citizenship, to immigrants who commit to spending a certain amount of money to grow the U.S. economy.

"People willing to invest in America and create jobs deserve the opportunity to do so," the men wrote. "New citizens like these would make hefty deposits in our economy, not withdrawals."

And they also endorsed the element of immigration reform that has proven to be the toughest sell for opponents: a path to citizenship for undocumented immigrants currently living in the U.S.

The immigration bill passed in June 2013 by the Senate "included a sensible plan that would have allowed illegal residents to obtain citizenship, though only after they had earned the right to do so," they wrote. "Americans are a forgiving and generous people, and who among us is not happy that their forebears -- whatever their motivation or means of entry -- made it to our soil?"

But whatever the shape and scope of a final bill, they wrote, "it's time for the House to draft and pass a bill that reflects both our country's humanity and its self-interest."

"Differences with the Senate should be hammered out by members of a conference committee, committed to a deal," they wrote. "The current stalemate -- in which greater pride is attached to thwarting the opposition than to advancing the nation's interests -- is depressing to most Americans and virtually all of its business managers. The impasse certainly depresses the three of us."

The House has refused to go to conference with the Senate's comprehensive bill, with Republicans saying they'd prefer to tackle the problem in a step-by-step manner. But even piecemeal proposals have proven too heavy a lift for the GOP conference: several have passed the House Judiciary Committee, but nothing has reached the House floor.

The already-fleeting hope that the House could act this year on the issue receded further Thursday with an announcement from Rep. Mario Diaz-Balart, R-Fla., that House GOP leaders said they would not move immigration reform in 2014.

"Despite our best efforts, today I was informed by the Republican leadership that they have no intention to bring [a comprehensive bill] to the floor this year," he said in a press conference. "It is disappointing and highly unfortunate, because we have a unique opportunity to secure the borders, fix our broken immigration system, and strengthen our economy."

There could be at least some small action on immigration, this year, though: to address the recent flood of unaccompanied children from Central America at the U.S.-Mexico border, the president has requested $3.7 billion in emergency spending from Congress to expedite the process of returning the children home and strengthen border security. House and Senate leaders are currently mulling the specifics of that proposal.