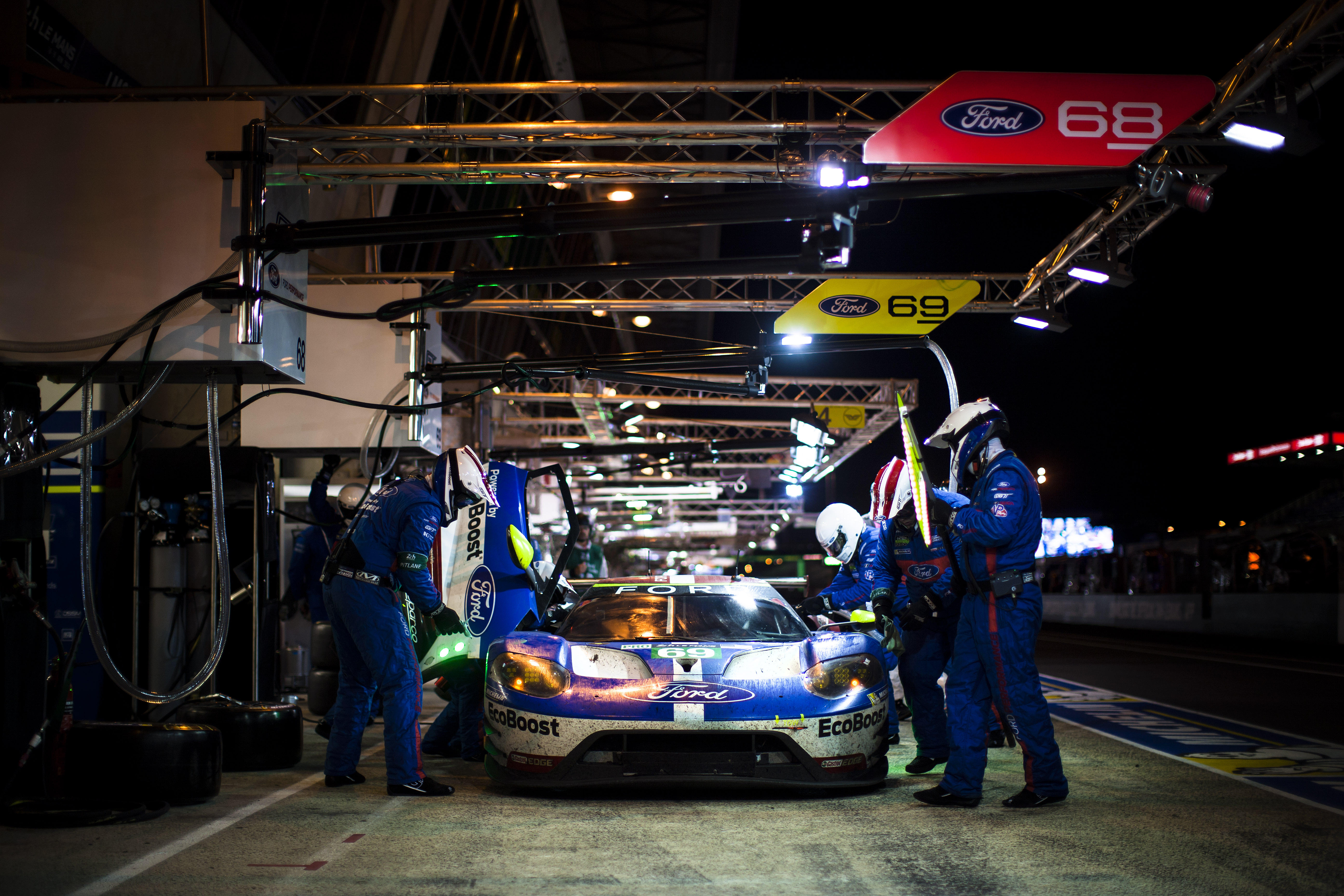 Fifty years ago, a Ford race car roared past archrival Ferrari to take first place in one of the world’s oldest and most prestigious endurance races, the “24 Hours of Le Mans” in France. This year, after sitting it out for decades, Ford entered a new version of its original GT supercar in the roughly 3,000-mile Le Mans race and won its class.

On Wednesday morning, viewers got a good look at the new Ford GT, brought all the way from Europe to New York City, where it drew a crowd of admirers to the street outside CBS News’ studio.

Ford Executive Chairman Bill Ford told “CBS This Morning” that while some people had doubts about their chances, Ford was prepared for the win.

“To think we could win in the first year, I think most people observing us didn’t give us much of a chance,” Ford said. “I was very confident. You race to win. People kept asking me, ‘can you win this race?’ I said, ‘we’re not here for practice, we’re here to win.’”

Ford will make just 250 of the hand-assembled GT models per year for the next two years, reopening the order process in 2018.

In addition to investing in the high-performance race cars, the company has also jumped in the race to develop autonomous cars. Ford announced​ this month its audacious plan to have a fully driverless car by 2021. But more than the upcoming deadline, Ford said the greater concern was with the “regulations and society’s acceptance” of the new vehicles.

The idea of making drivers obsolete has raised unprecedented issues. In June, the owner of a Tesla sedan using autonomous driving technology was killed​ after the vehicle failed to brake and collided with a truck, sparking a debate about the safety and limits of the new technology. Then there are new ethical concerns, over whether the autonomous cars can be programmed to make potentially life-or-death decisions that are instinctive to humans.

Ford said he was “not concerned” about the potential dangers, calling them “something we’re going to always have to… work out.” He also asserted that while driverless cars will become part of “the world we’re going to live in,” change would be “introduced in a very measured way.”

The race for autonomous cars​ has not yet taken a toll on personal car ownership, with record sales reported in 2015. But less than a quarter of 16-year-olds have driver’s licenses – a figure that has been declining since 1983. Ford said he sees the change in “the way people access vehicles” as an opportunity.

“You’ve already seen that with Uber​ and Lyft, and all of that ride hailing companies,” Ford said. “Our business model will change and we’re anticipating that and actually looking forward to it.”

Ford Motor Company was recently in the spotlight on the campaign trail when Republican presidential nominee Donald Trump blasted​ its plan to build a $1.6 billion auto assembly plant in Mexico​, which would create 2,800 jobs by 2020.

“The transaction is an absolute disgrace,” Trump said in a statement. “These ridiculous, job crushing transactions will not happen when I am president.”

Ford defended the company’s decision, explaining that Ford’s business in Mexico goes back as far as 100 years, in line with founder Henry Ford’s vision for an international company that made “vehicles all around the world.”

“In fact, we’ve added many, many more jobs in the U.S. than we have in Mexico… And we’re continuing to so we’re doing both,” Ford said.