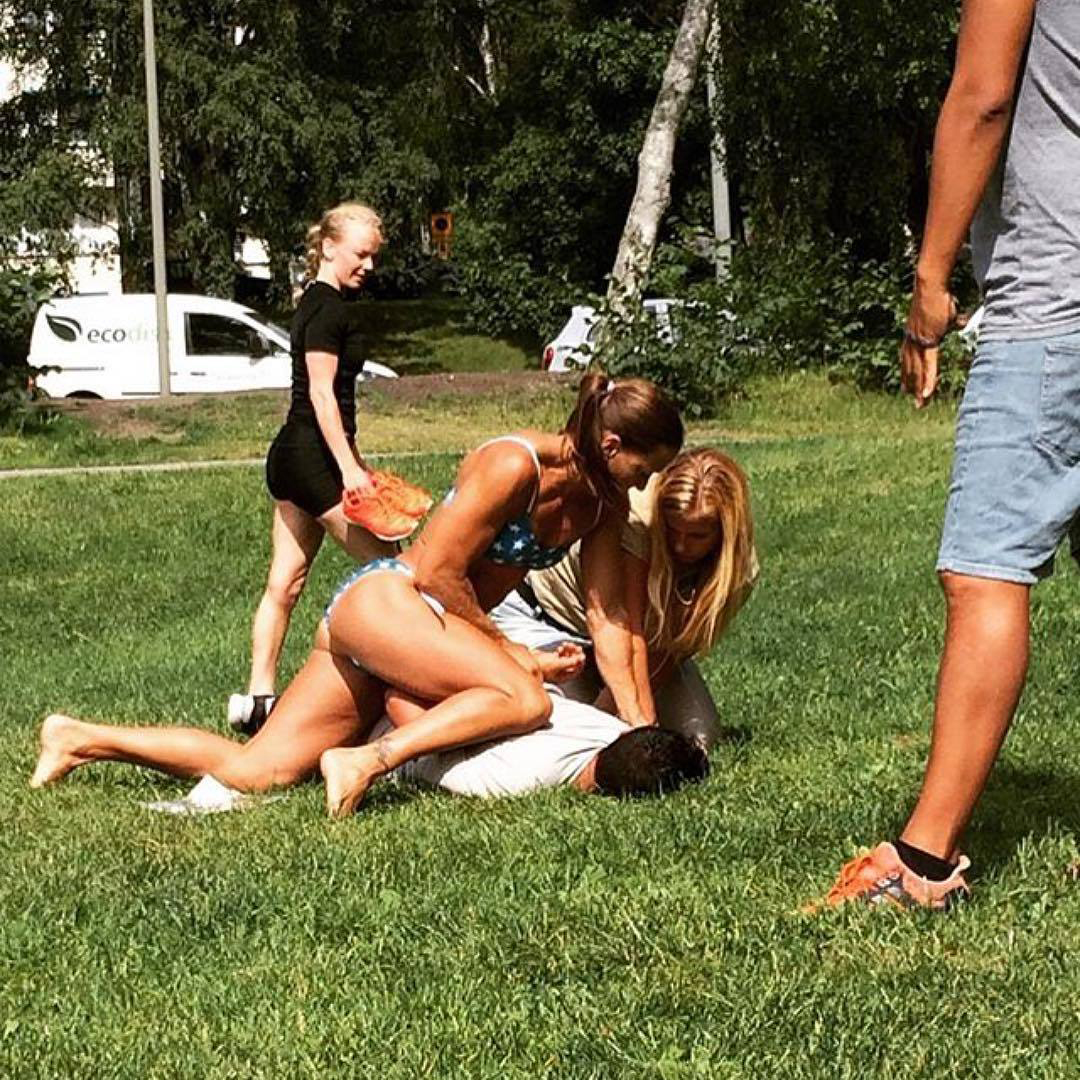 STOCKHOLM -- She was off duty and wearing a bikini but that didn't stop Swedish police officer Mikaela Kellner from catching a suspected thief.

A photo of Kellner pinning the suspect to the ground was trending on social media in Sweden this week.

"My first intervention while wearing a bikini during my 11 years as a police officer," she wrote on Instagram.

While Kellner and three friends were sunbathing Wednesday in a Stockholm park, a homeless man selling newspapers approached, she told Swedish newspaper Aftonbladet.

After he left, one friend noticed her phone was missing. Kellner and a fellow police officer gave chase.

Kellner said she didn't hesitate to make the arrest while wearing a bikini.

"If I had been naked I would have intervened as well," she said.